The stage drama with above title has been on in the theatre of the absurd called Nigeria’s politics since last week. In case you missed the debut, consult Saharareporters.com- the seemingly all-knowing, ever-present participant observer with a knack for leaks of all manner. Many would agree that even the world’s famous WikiLeaks may need to learn a lesson or two in real-time hacking of secret meetings of state from Omoleye Sowore’s brand of what is fashionably called citizen journalism.

The website’s expose on an executive session of Nigeria’s Senate has got everyone talking both in private and public. It broke the story that has revealed deep insights into how otherwise distinguished men and women conduct matters of state behind closed doors; and how the rest of society vanquished by decades of deprivation can be easily manipulated as chance dramatis personae in acting the script of shame.

Credit for this shameful affair goes to Dino Melaye and Remi Tinubu: two senators locked in a bitter proxy contest for and against Bukola Saraki’s leadership of the Senate. Remi Tinubu claimed Dino Melaye assaulted her verbally and was only saved from a possible physical lynching by colleagues who rose to restrain the kogi senator from beating her up. According to the former Lagos State first lady, Dino in the closed door meeting of the Senate, used sexist and derogatory terms in abusing her; capping it all up with a threat of forceful canal knowledge of her. Such salacious spill from Remi’s steaming stew was all the polity needed to get in overdrive of naked dances from the sounds of select chords. And when Mr. Melaye opened up on the allegations, the tunes of a nasty controversy took on discordant notes. The Kogi Senator at a news conference told the world that actions beget reactions; that Remi called him a dog and thug for simply making contributions in the session; that Mrs. Tinubu’s uncouth mouth earned her a rebuke which did not include a threat to rape her as “it is biologically impossible to impregnate a woman who has arrived menopause.”

Since Dino spoke, there have been many rejoinders, claims and counter-claims, twist and turns both from the principal actors and their hirelings. All manners have joined the fray, spinning and doctoring a tale of dirty altercations between senators who engaged themselves in a manner unbecoming of their distinguished status behind a heavy wooden frame. However, the truth of what really transpired in the Red Chamber on that fateful July 12, 2016 will remain a mirage as long as the Senate institution and fearless men and women of integrity in its fold play mute and decline to publicly address the unfortunate leak of a nasty encounter.

But the sordid drama is only a symptom of a greater malaise plaguing the law-making institution. Worse still, it is a foretaste of what is to come if urgent steps are not taken to save the Senate from tendentious external influences. To fully understand this point, it is imperative to offer a short background to the Dino-Tinubu drama; at least for the benefit of the uninformed, ill-informed and misinformed as the case may be.

Dino Melaye, the representative of Kogi-West Senatorial District, played a prominent role as frontline member of the Like Minds Group of Senators which projected Saraki’s candidacy for the office of Senate President against the choice of a dominant cabal within the ruling All Progressives Congress (APC). Remi Tinubu, wife of Bola Ahmed Tinubu, APC national leader and maximum overlord of Lagos (some say South-west) politics, was in the polar position of those championing the cause of Ahmed Lawan to become Senate President. At the end of the day, Saraki won; Lawan lost; but Mr. Tinubu it was who ended up with a bloodied nose. In any case, that was just the beginning of the matter. The end of the battle for the senate presidency only blew the whistle for the start of an endless war of attrition within the APC in which fair is foul and foul is fair. Saraki won the exalted seat but has been searching for sleep ever since, reeling from one tribulation to another in a bumpy ride that has taken a strain on him, his supporters, the polity and governance in Nigeria.

The Dino-Tinubu drama series is therefore just another episode in the series of ‘Saraki’s Senate seasons’ produced by the 8th National Assembly of the Federal Republic of Nigeria. While Senators Melaye and Tinubu are lead actors with both struggling so hard to secure the role of hero and none accepting the position of villain, other characters have wittingly or unwittingly thrust themselves into the plot without thought for their place in the cast. These chance actors are of different categories. There is the gang of opportunistic journeymen seeking favours in the convoluted world of political godfatherism. There is also the middlemen contractors’ category that recruits the last in the rung of placard-carrying lot. This last in the set are those who are readily available to scream ‘hosanna’ today and ‘crucify him’ tomorrow depending on how the tables turn and how the coins are tossed. This is the category of hungry men and women who wake up daily to the harsh reality of a hard life foisted on them by the mindless exploitative class that recruits their recruiters.

Because these categories are always readily available in a wobbling and fumbling nation like Nigeria that has been serially betrayed by its leadership, it is so easy to script and shoot a theatre performance of the Dino-Tinubu type with several scenes stretching for as long as the director in the backstage desires. And for these hapless coteries of characters, it matters less whether the roles so thrust on them are befitting or demeaning as long as the end justifies the means. Thus both the supposed elite and suppressed masses of society fall under the same manipulative fate determined by the puppet master.

This explains why the high and mighty, low and lowly have been drawn into posturing in matters of hearsay, the truth of which have remained concealed in deliberate half-truths and contrived falsehoods. For the two senators from Lagos – Messrs Gbenga Ashafa and Solomon Adeola – who rushed to take sides with Remi Tinubu, it is easy to tell that they acted on the instinct of political self-preservation, even though as participants in the controversial closed door meeting, their intervention should not be dismissed but subjected to objective interrogation.

Matters get muddled up further when meddlesome interlopers like members of the Lagos State House of Assembly are quick to ask the APC leadership to release the hammer on Dino without as much as being bothered about the reported tirade from Ceasar’s wife who unfortunately, did not conduct herself aboard board. These lawmakers have not acted quite differently from the mob approach of women groups in Lagos and Kogi who took to the streets and press conference halls respectively to demand apologies on behalf of their scuffling principals. They only add to the long list of contrived characters in a nauseating political plot coordinated by Bourdillon and political apparatchiks in Abuja. 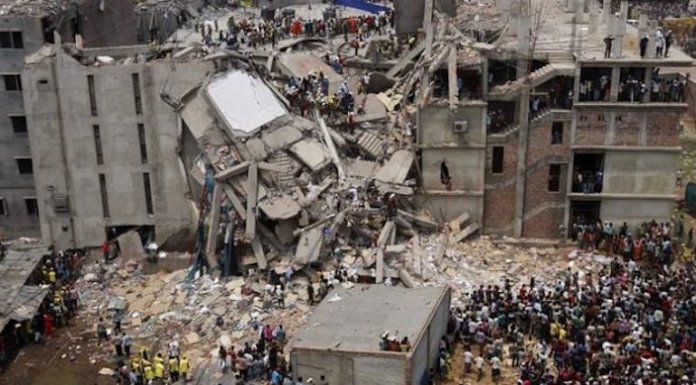