Nigeria has one of the lowest life expectancies in the world despite concerted efforts to improve the standard of living. Martins Ifijeh writes on the need to tackle the top health causes of deaths for life expectancy to improve in the country

Despite Nigeria priding itself as the largest economy in Africa with a Gross Domestic Product (GDP) of about $500 billion, and one of the world’s fastest growing economies in the world, the life expectancy ratio of its citizens has continued to be at variance and an embarrassment to the status which the country professes.

Surprisingly, even disaster and war-torn countries like South Sudan, Rwanda, Haiti, Yemen, Afghanistan, and poorer nations like Mozambique and Democratic Republic of Congo (DRC) all have a higher life expectancy rate than Africa’s giant, Nigeria. Meaning citizens of these countries will, on the average, live longer than Nigerians.

For instance, in Yemen, an average person will live for 65 years, DRC citizens will, on the average, live up to 59 years, while those in Mozambique have a life expectancy of 57 years.

According to the health body, the report shows that newborns in 29 countries – all of them high income — have an average life expectancy of 80 years or more,while newborns in 22 others – all of them in sub-Saharan Africa — have life expectancy of less than 60 years. It also shows that Japanese women have the longest life span and are expected to live to 86.8 years, while Switzerland men would live the longest at 81.3years.

The report therefore attributed the abysmally poor life expectancy indices on various health related issues, including heart diseases, diabetes, pneumonia, kidney problems, cancers, malaria, among others. Majority of these factors, according to the body, could be prevented, managed or treated effectively with the right policies, facilities and expertise.

According to experts, life expectancy refers to the average measurement of time a human is expected to live, based on their birth, current age, level of physical condition, sex, place of residence, among others.

The WHO report also provides a guide on the various factors responsible for the high death incidents and the lowered life expectancy ratio in various countries, adding that each country has its peculiar factors, which they noted can be tackled, such that humans will on the average live longer.

In Nigeria for instance, available information suggests that health related issues represent the major factor involved in the low life expectancy, while road accidents, economic hardship, terrorism, among others also play some roles.

Influenza and Pneumonia:
According to the WHO, pneumonia infection and the various forms of influenza play a major role in shortening the lifespan of Nigerians. The body revealed that 290,238 deaths occur in the country annually due to influenza and pneumonia, representing annually, 15.22 per cent of all deaths recorded in the country.

In an earlier report, a Doctor of Medicine, University of Ibadan, Dr. Dorothy Esangbebo explained that a 2008 estimate showed that every hour, 20 children across Nigeria die due to pneumonia, adding that this figure was the highest in Africa and the second highest in the world. She therefore called for pneumonia vaccines to be available, as this would save many lives in the country.

Experts have suggested that with exclusive breastfeeding during the first six months of life, children can be protected from pneumonia and many other diseases. Also, they believe with pneumococcal vaccines available to all Nigerians, the prevalence of death rates from the scourge will greatly reduce.

Malaria:
According to Malaria Consortium Nigeria, nearly 250,000 people die every year due to malaria, adding that this amounts to more than 11 per cent of the entire deaths recorded in the country every year, making it a major public health problem in the country if the life expectancy of Nigerians must go up.

To put it aptly, the Lagos State Ministry of Health, in its website, said malaria accounts for over 60 per cent outpatient visits and 30 per cent hospital admissions in Nigeria, and it therefore unfortunately kills hundreds of thousands of Nigerians yearly.

The ministry also stated that the disease has impacted negatively on the economy with about 132 billion Naira lost to the disease as cost of treatment and loss in man-hours.

Inasmuch as scientists are studying malaria vaccines to see whether they are effectively preventing malaria infection with non yet to be approved to prevent malaria, the disease can be prevented through any approach that prevents mosquito bite, such as use of long lasting insecticide treated nets, clearing of water logs in the environment, use of insecticide chemicals, among others.

HIV/AIDS:
According to the United Nations AIDS Gap 2014, approximately 210,000 people died from AIDS-related illnesses in Nigeria in 2013, which is 14 per cent of the global total. Since 2005, there has been no reduction in the number of annual deaths, indicative of the fact that only 20 per cent of people living with HIV in Nigeria are accessing antiretroviral treatment (ART), according to the report, which added that, “unprotected heterosexual sex accounts for about 80 per cent of new HIV infections in Nigeria, with the majority of remaining HIV infections among key affected populations.”

The WHO also reports that over 11 per cent of deaths in the country are due to HIV/AIDS.

Earlier in the week, an official of the United Nations Children’s Emergency Fund (UNICEF), Anthony Lake, disclosed that half of the new HIV/AIDs infections among under-14s in the world occurred in only six countries: India, Kenya, Mozambique, South Africa and Tanzania and Nigeria, adding that this was becoming the leading cause of death among Africans, aged between 10 and 19 years of age.

“AIDS is still the number two cause of death for those aged 10-19 years globally — and number one in Africa,” added the head of the UN children’s agency. According to UNICEF, AIDS-related deaths among people aged between 15 and 19 have more than doubled since 2000, with 29 new infections within this age group taking place across the world every hour. “Girls are particularly vulnerable, making up about 65 per cent of new adolescent infections worldwide,” the UN official explained.

Experts believed if the high mortality rate occasioned by HIV/AIDS is stopped, it will resultantly increase the life expectancy rate in the country.

Records show that the most prevalent NCDs in Nigeria are cardiovascular diseases, which account for 12-15 per cent of total deaths across all age groups. Cancers, non-communicable variants of respiratory diseases and diabetes contribute significantly to total mortality in the country every year.

Experts believed unhealthy lifestyle, unbalanced diet, tobacco use, harmful alcohol
intake, and physical inactivity are the major clustering risk factors for the development of cardiovascular and other NCDs, hence the need to live a healthy life as it would greatly reduce the prevalence of the diseases, which in turn will reduce deaths in the country.

Malnutrition:
Just recently, UNICEF raised the alarm that Nigeria stands to lose a total number of 300,000 children within the ages of 0-5 years to acute malnutrition in 2016 if drastic measures were not swiftly put in place to tackle the menace.

In a survey conducted in 2013, almost 30 per cent of Nigerian children are underweight, while the ratio of those who are wasted or too thin for their height has risen from 11 per cent in 2003 to 18 per cent in 2013.

The survey also showed that up to one million Nigerian children under age five suffer from Severe Acute Malnutrition (SAM), while four out of five do not meet the WHO’s recommendation for exclusive breastfeeding in the first six months of life.

Maternal and child deaths:
The high maternal and child deaths in Nigeria have in no small measure added to the low life expectancy in the country. According to UNICEF, every single day, Nigeria loses about 2,300 children under five and 145 women of childbearing age. This makes the country the second largest contributor to the under–five and maternal mortality rate in the world.

However, due to the fundamental role a mother plays in the life of a child, Nigeria’s current statistics of very high deaths per year during childbirth is indicative of inherent lapses in the critical aspects of the healthcare delivery system of the country. 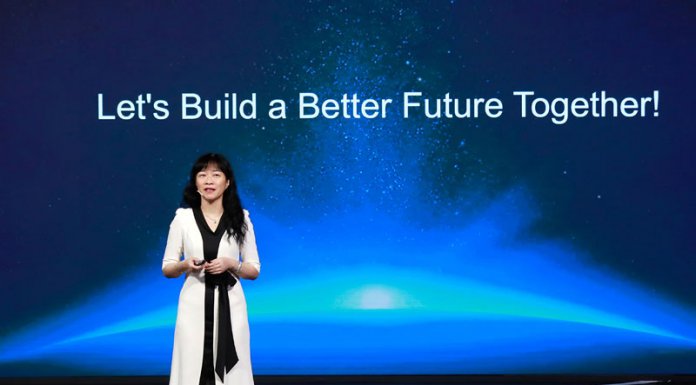