All eyes are set on Cleveland Ohio tomorrow as it hosts the 2016 Republican Party National Convention which begins at the Quicken Loans Arena. Expectedly, the presumptive Republican Party Presidential nominee Donald Trump will officially be adopted as the flagbearer of the party for the November Presidential election. But this is not without the expected controversies that have driven the candidate thus far in his quest to “Make America great again,” a euphemism resurrected from a post-world war two nostalgia but adopted by Ronald Reagan as a rallying point against Jimmy Carter, who was seen to be a Democratic lame duck president.

This mantra which appeals to the psyche of the average American “white man,” will hopefully set the stage for Trump who believes he has a magic formula to trounce Hilary Clinton at the polls. However it does look like he has some major hurdles to cross getting the party behind him. One of his defeated contenders Governor John Kasich whose state is hosting the convention has indicated his unwillingness to be at the convention and this is not good news for Trump who has been advocating the need for the party and its big wigs to fall in line or remain quiet.

What Trump is trying to do is to make sure all those who have refused to endorse him do not have speaking time at the convention and one of those is Senator Ted Cruz his closest opponent during the primaries. Although Cruz seem to have burned his zeal for further combat on the soapbox, by the rules since his name still appears on the ballot box, could be given a speaking time if he so insists just like the presumed host Kasich. However both Chris Christie and Newt Gingrich have been penciled for prime time speech at the convention. Recall Christie was a real rising star who was seen as a rising star after his famous speech in 2012 during the Republican National convention.

Although Trump met Cruz recently, there was little talk about endorsement while top members of the party are working behind closed doors to take the rug off his feet. The GOP contender has been passing through series of rebranding to ensure he becomes Presidential enough for the elections but that is beginning to work for him. Trump behind the teleprompter does not seem to exude the charm that steered him to the front seat of the GOP as its presumptive nominee against ‘Crooked’ Hillary Clinton and the low energy Jeb Bush and Ted Cruz whose father “had a hand in the assassination of John Kennedy. The list is endless.

Well maybe just may be the most visible force of the party Paul Ryan will today endorse Trump but moving forward it does seem the candidate will continue to goof with his tweeter account making racist comments and insinuations primarily to keep his white supremacist voters intact and further disparage his critics nationwide. As he goes into the convention the polls are swinging in favour of Trump in Ohio, Florida and Pennsylvania, a Quinnipiac University study which the Clinton camp acknowledged by stating Trump was a real danger, which was why they were not sleeping and would do everything to keep him at bay.

Of course with the FBI slamming Clinton as extremely careless with her state department mails and polls showing letting her off the hook was bad enough, Clinton was bound to lose some ground in the ensuing week. Overall she seems to still have a wider rating nationwide as well as in the remaining eight swing states of Colorado, Iowa, Michigan, North Carolina, Nevada, New Hampshire, Virginia and Wisconsin. With his Vice Presidential pack settled, Trump’s war today is to ensure the GOP Rules Committee does not truncate his show by unbundling candidates who want to vote against Trump although he won in those states.

When Trump leaves Ohio, his major concern would be how to raise a war chest that would match Hillary’s. In bringing Pence, an appealing candidate of the social conservatives, he hopes to pull a victory in Indiana as well as the South West of the country, with an evangelical appeal and ability to calm the elders and bring in donors like the Cooke Brothers, most of whom are unwilling to place their stakes on Trump. That explains why Trump wants a man who has not hidden his criticism of what he considers to be outrageous statements of the candidate and the list remains endless; he is more interested in results even if the devil is the one offering it.

Obviously it is clear that Trump was faking, apologies to Justice Ginsburg, when he boasted he would fund his campaign and possibly float an independent candidacy if the party refused to adopt his candidacy, with Rein Priebus, the RNC chairman running cap in hand asking him to make haste slowly. Many are also puzzled that at the end of it all, Trump is unwilling to declare his tax returns because they would expose his underbelly just as the Trump University is turning out to be a scam project.

Trumps rising supporters seem to have an answer to every outrageous statement he has made in the past. What they are not sure of is what he has up his sleeves as the election comes closer. With his tweets he is very much at home to scream at Crooked Hillary and probably call her a liar unequalled in the history of the United States. Gingrich who leads the pack would retort asking of Hilary: “What has she been right about?

Trump’s strategy and damage control measure is to evolve new expressions carefully couched as a way of redeeming his image from certain alienated sections of the American society. He had earlier said he would ban Muslims from entering the US and would deport 11 million undocumented immigrants in the US, what Gingrich calls an evolution in thought. On Muslims, Trump has moderated it to those Muslims from terror states but Gingrich insists there has to be a test on Muslims with a leaning for Sharia law including allegiance to ISIS. “We’re fighting people all over the world who are dangerous to us,” Gingrich asserted.

With the attack last Thursday in Nice France both Clinton and Trump made statements Trump declaring this is war without uniforms while Clinton called it a different kind of war that calls for smartness, for calmness. While Clinton called for increased exchange of intelligence with other countries and expectedly wiping off ISIS, Trump wants something radical in terms of check on Muslims both within and outside. Well the Anti-Trump campaign according to Trumps campaign chairman has been defeated and Marco Rubio has indicated his intention to speak at this convention

With Pence in the picture, will Trump boost his war chest and offset paid communication needed by his campaign to fight a more organized, more battle ready Hillary whose predecessor Barack Obama vanquished Mitt Romney with a robust arsenal? Well he just has to be more proactive and up and doing because tweets alone and his media-genic persona may not be enough to wage this war to victory. 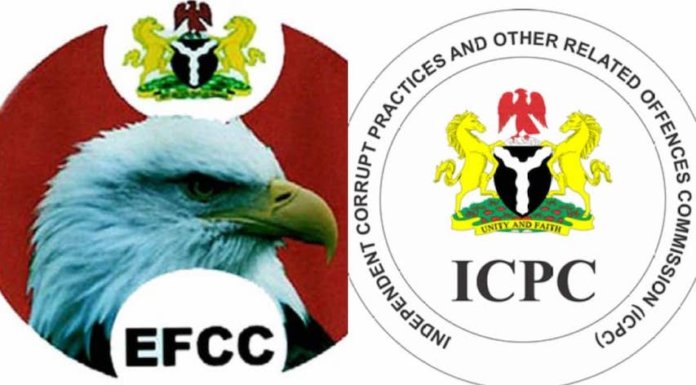