The Nigerian Shippers Council, as an economic regulator, has not only addressed the irregularities in the port system, but has provided a level playing field for all stakeholders in the maritime sector, writes Nosa Alekhuogie

The conclusion of the concession exercise divested the management of the Nigerian Ports Authority (NPA) from cargo handling and the day-day-day running of the terminals. But the Authority is still saddled with the role of maintaining common user services as well as collection of royalty as the landlord. This development led to calls by many stakeholders for the appointment of an arbiter as an economic regulator in the nation’s seaports. The situation was not helped by the failure of the National Assembly to pass into law the much awaited Port and Harbour Bill.

The re-affirmation of the council as the seaports economic regulator by President Muhammadu Buhari at the just concluded maritime seminar for judges, which took place in Abuja was applauded by stakeholders in the maritime industry. In fact, participants at the event also added their voices to the clamour when they said that the NSC should be allowed to transform into the proposed National Transport Commission (NTC). Many have argued that this was a great testimony to the numerous strides and positive impact the NSC has made in the nearly three years it was saddled with the responsibility of being an economic regulator by the federal government.

Buhari said at the event that the NSC has lived up to its appointment as an economic regulator who was meant to complete the reforms in the Nigerian seaports, encourage transparency, enhance the efficiency, competitiveness and economic viability of the maritime sector as well as boost revenue generation and patronage of the nation’s seaports.

Confidence
When the federal government appointed NSC as the regulator of the seaports in February 20, 2014, it was due to the confidence it reposed in the body that it has the capacity , capability , personnel and the technical knowhow to perform in the position, with discharging such similar functions by virtue of the provisions of the Act establishing it.

The consensus in the maritime sector is that NSC has justified its appointment for the fact that its activities, as an economic regulator, have recorded tremendous gains for the operators, the shipping sector of the economy and the economy as a whole while it has been able to provide a level playing field for all stakeholders. It also acted as an unbiased intermediary, which has given everybody a shoulder to lean on.

Benefits
The Executive Secretary and Chief Executive Officer of the NSC, Mr. Hassan Bello affirmed some of the strides when he said what the council has been doing as an economic regulator was to address the irregularities in the port system which has made it impossible for the economy to enjoy the gains of the port reforms.

Bello, a lawyer, explained that the seriousness with which NSC had approached its duties few months after it was appointed as a regulator had made the federal government to issue a gazette on its appointment, thus affirming it to perform the functions of a regulator. He called for the support of all the stakeholders for its new role.

There is no doubt that one of the major gains of the NSC as an economic regulator is the fact that it has ensured that no stakeholder engages in any form of imposition of unauthorised or arbitrary charges and levies on the consumers of shipping services in the country. It has continued to wield the big stick on the excesses of the concessionaires and the foreign shipping lines. In 2014, the NSC reduced the charges of the terminal operators.

In the same year, NSC also increased the free period in which cargo would not pay rents at the ports to five days from the erstwhile three fixed by the terminal operators. As if these changes were not enough, it also reviewed downwards some of their charges just as it reduced the terminal charges of the foreign shipping agencies. Furthermore, NSC also directed that they must refund container deposits not later than seven days.

This was why the pioneer Chairman of the Council for the Regulation of Freight Forwarding in Nigeria (CRFFN), Mr. Anthony Nwabunike lauded NSC for excellent performance as an economic regulator. Nwabunike, who is also a member of the Board of Trustees (BOT), Association of Nigerian Licensed Custom Agents (ANLCA), stated that NSC decision to review downwards the arbitrary charges of the service providers has made it impossible for any stakeholder to hike charges without the permission of the council.

Litigation
Though the concessionaires and the foreign lines had challenged the decision of the NSC in December 2014, the outcome still favoured the regulator as the Judge had affirmed its appointment by the federal government as an economic regulator which has the right to review the charges of the service providers. The court also directed them to refund the excess charges running into billions of naira which they have collected from shippers through NSC.

Strides
In an apparent support of the strides the council has made since it was made the economic regulator in the nation’s seaports, the Chairman of the Ports Consultative Council (PCC), Kunle Folarin said the NSC has discharged its functions as a regulator in a most professional and very efficient manner while it has sanitized the operations of the concessionaires in the maritime industry just as it has checked arbitrary and unauthorised increase in their charges and levies.

Folarin explained that the way and manner the Council has performed its role has given the Nigerian ports particularly the ones situated in Nigeria’s economic centre, Lagos the opportunity to emerge as the preferred destination for other ports in the West and Central Africa sub regions.

Past President of the Nigerian Bar Association (NBA), Olisa Agbakoba, said that the task of the council ought to be upgraded to that of the economic regulation of the maritime sector because it had succeeded in enhancing the contributions of the seaports to the economy.

Uniform Tariffs
The President of the African Freight Forwarders Association (AFFA) , Lexy Nwangwu expressed delight that NSC has almost completed work on a standard tariff system that will facilitate the reduction of tariff in the nation’s seaports to between 30 and 40 per cent, adopted measures to get loan facilities for truckers to enable them purchase new vehicles as well as working towards a new port order that will ensure efficiency and transparency in the activities of stakeholders in the sector.

Reacting to the impact of the council, the founder of the National Association of Government Approved Freight Forwarders (NAGAFF), Boniface Aniebonam said NSC has added value to the shipping sector of the economy, particularly the operations of the service providers.

Trade Facilitation
According to analysts, NSC also been able to create a high level of awareness as it concerns the rights of stakeholders. They also hailed the council in the area of capacity building, education as well as making efforts to establish inland container depot and truck transit parks. They pointed out that the council has adopted a lot of measures that have facilitated trade.

The former President of NAGAFF, Eugene Nweke had also stated that the performance indicators showed that NSC has done well in terms of sensitisation of stakeholders, response to issues and positive impact in the ports. He pointed out that this explained why so many shippers and freight forwarders who took their complaints to the council for intervention succeeded in getting their problems resolved while it has been cautioning shippers against getting involved in illegal acts.

Reforms
The gains of the reforms initiated by NSC as an economic regulator, according to experts, include improved revenue generation, improved infrastructural facilities, creation of efficient market, reduction of cost of doing business, improvement of the nation’s global competitive index and the attraction of foreign direct investment for those in the transport and logistics chain.

On the part of the shipping companies, the reforms of the economic regulator have led to improved delivery of marine and terminal handling services, reduced turnaround time of vessels as well as lower cost of vessel operations, on the part of the customs, it has led to improvement in the level of transparency , efficiency, effectiveness and a boost in its image while for NPA it has led to induction of clearer standard operating procedure derived from international law and practice. Other stakeholders have also scored the council high in providing what they called a “level playing field” for the maritime industry.

They opined that the council has done well in the task of commercial regulation. According to them, NSC has been able to make the terminals safe for importers and licensed customs agents to do business by curbing the losses they incurred while doing business in Nigerian ports.

Overtime, the council has also continued to exhibit its philosophy of an umpire who believes in level playing field as it has also provided a platform for the concessionaires and the shipping firms against the arbitrariness of NPA. This is due to the fact NPA had in 2015 made a move to hike its tariff which it collects from the concessionaires but NSC had opposed it on the on the grounds that it was illegal and was bound to increase cost of doing business in Nigerian ports.

From the foregoing, it is imperative that the council should be encouraged to do more in the discharge of its mandate as the economic regulator in the nation’s seaports in the months and years ahead. For instance, they stressed the need for all hands to be on deck to ensure the speedy passage of all the pending maritime bills such as the Port and Harbour, as well as the National Transport Commission (NTC) into law. This is the only way Nigeria and Nigerians can derive maximum benefit from the roles and responsibilities of the council. 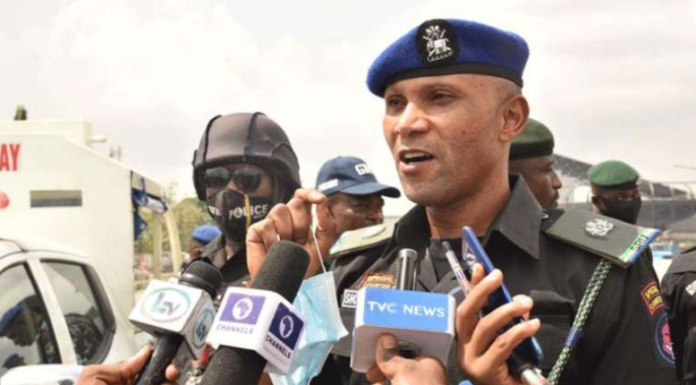