Visiting TEEKY’s Wonderland, a popular event centre in Lagos, was an eye opener to the giant strides the centre has made in ten years, report Godbless Eduviere and Peter Uzoho who covered its 10th anniversary recently

TEEKY arena and event place, tucked inside Kunsela Road, beside Conoil, Chisco Bus Stop Lekki, Lagos, recently marked its 10th anniversary in a unique way. There were assorted games and activities for visitors who graced the occasion. And there was never a dull moment. TEEKY is an acronym for Teach, Entertain, Empower, Kids to Yield.

TEEKY arena and event place is ‘Heaven on Earth’, a paradise with beautiful, conducive and safe environment with creative and educating games for kids to have fun. Obviously, Kids were so excited that they engaged themselves in creative games that can educate and build them in diverse ways.

Jane kalu, who brought her Madam’s daughter to the arena for fun told THISDAY that TEEKY arena, is an interesting place to relax. She said the kids had fun as there were a lot of things to keep them busy. “The arena is okay and it’s good for relaxation. I actually brought my madam’s daughter here for fun. We have been coming here for fun on several occasions,” she said. Kalu who is a nanny said that people should come and take a look at what’s going on at the TEEKY event centre.

Kosisochkwu Okoye, a nine-year-old and student of Green Springs School expressed his excitement saying, “ It’s very exciting to be here and I am having lots of fun. I am making new friends; I mean friends that are nice and open up to anyone,” Okoye said.
Henry Tony, a 10-year-old and also a primary six pupil of Chitobs Academy said, “The place is wonderful and beautiful. I’m having fun and I love it because it’s well composed. I love the Tumbling blocks game and everything I see here and I’m saying to children out there that this place has a lot of fun.”

For Joseph Oluku an eight years old and a grade 3 pupil of Trikoa School, who said he has never been to TEEKY even centre before said he likes the fun activities. “I am having fun. I love the Snooker-Board game and I’m saying to kids to tell their parents to take them here so that they can have fun.”

Emmanuel Paul, a 10-year-old and basic pupil of Chitobs Academy said it was her first time. “This is so interesting. I am having lots of fun and I wish to be here again,”she said.
Mr. Gabriel Chikwundu and his friend, Miss. Rose Ukeh told THISDAY that they had fun. Chikwundu said he feels so excited. “If actually they have existed since 10 years, I think they have done so much and I also think by next 10 years they would have achieved more than this.”

For Rose, “It’s fun to be here. The environment is okay for kids. It’s a place to be and a place where kids need to come at least to experience so much which I know will help them. Everything is not just about school alone. This is a place where kids can meet good people and learn to be creative,” she said.

TEEKY’s 10th anniversary event was sponsored by Morning Side Suites. The company’s Sales and Managing Executive Officer, Mr. Peter Nkawu, said “We are happy because it’s a good thing for us to sponsor things that encourage kids and family stuffs and Morning Side Suites try as much as possible to be a dominant force in the hospitality industry and we are trying to get that dominance in the whole of Africa because that is part of our mission statement. We try also to be part of anything that will make the kids to grow and to also get encouraged as well educate them.

“The Nigeria hospitality industry as of now has come a long way and because of the fact that Nigeria is a place that is being visited by a lot of people, and a lot of things have happened over the few months between last year and this year but that didn’t make us shy away from sponsoring an event because of the economic situation, especially one as important as TEEKY.”

TEEKY’s CEO, Doris Akpowa, whose joy knew no bound said, “We actually started as a magazine called TEEKY magazine which is meant for children 10 years ago. So today we are actually celebrating 10 years of publishing TEEKY magazines that comprises beautiful things that children like, with fun learning to keep them busy and it’s basically a magazine that they love. Through the magazine we have the Fan Club and then we organised summer camps for and many more for them.

They go abroad summer trips every year and we also do local trips as well as summer camps right here in TEEKY arena.”
The TEEKY arena is basically multipurpose place for any kind of event like summer camps, birthday parties, Christmas parties, wedding, and children parties and fully loaded with assorted craft items for kids.

“In the TEEKY arena we have the TEEKY Entertainment and studio for artistes and also encourage kids to do that; we have the Craft store for Craft items basically Item-Hobby Crafts that parents and their kids can use to make projects and also school projects; DIY toys and many more. We don’t just carry toys, we carry toys that children can actually learn something from because we are all about creativity, nurturing the young ones and bringing out the excellence in them, and we hold a lot of high standard when it comes to moral and character,” she said.
“We have to make sure that the songs and things that we expose the children to will have a lot of high moral values in it and we are encouraging,” Akpowa noted.

TEEKY has a lot of education within everything they do. They started with children magazine and over the years evolved into a family entertainment brand called the TEEKY group.
“In 10 years we have made a lot of mark in children and I can tell you a lot of kids who started reading TEEKY magazines when they are 10, now they are 20 years. They are basically adults and we have made a lot of impacts in them and you know our summer camp is a life transforming event for them.

Those who have been to the summer camps never stop talking about it because of the activities, the things they expose them to. Things they never would have been exposed to, when they are here so it’s not just taking them on sightseeing they also get involved in sports such as canoeing, mounting, hiking, rope play, swimming, tennis, language lessons, as well and learning to eat the kind of food they eat as well and many more and to basically interact with other cultures and to make new friends.”

On whether any company partners with TEEKY, Akpowa answered in the affirmative. “Yes, when we do our summer camp, we partner with the organisations abroad and we also have specialised programme for the kids so we don’t just run it according to what their camp is providing. We add our extras and we make them do extras so we include sightseeing, excursion and all of that.”

Dan Akpowa who was present to support his wife, said families should create time to relax. “I think families need to communicate more. You need to talk to your spouse, your children. Communication in a number of relationships is lacking. A lot of relationships are breaking down due to lack of communication so people must communicate.”
For families to bond well, he said parents should learn to take their children out to beautiful places like the TEEKY arena for dinner and a lot of other stuffs.

TEEKY event centre is a wonderful place for fun. A place that parents and kids should go and merry, a place that spouses can go and hang out for fun and also a centre of education for kids as everything about it is aimed at fashioning other creative ways as well as improving the intellect of kids and youths for a better and greater tomorrow. 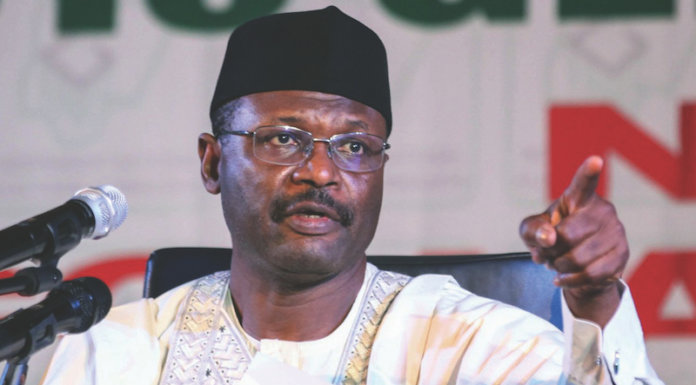