• Letter sent to UN, EU, US, UK, others
• AGF to appear before Senate tomorrow, may be grilled over conflict of interest as counsel to Unity Forum senators

This is just as the Attorney-General of the Federation (AGF) and Minister of Justice, Mr. Abubakar Malami is expected to appear before the Senate Committee on Judiciary, Human Rights and Legal Matters tomorrow, where he is likely to face questions on his decision to prosecute Senate President Bukola Saraki,  Ekweremadu and four others for allegedly forging the Senate rules.

He is also likely to be grilled on the conflict of interest arising from his involvement in the same case a year ago, when he represented Saraki’s opponents in the Senate in his private capacity as a lawyer.

In the two-paged letter, titled “Re: Trumped up Charges Against the Presiding Officers of the Eighth Senate: Nigerian Democracy is in Grave Danger”, Ekweremadu insisted that Buhari’s government wants to silence him as the highest ranking opposition leader in the country by prosecuting him for alleged forgery.

Ekweremadu also attached to his letter, copies of the court summons and other relevant documents relating to the charge.
He urged the international community to go through the documents and determine if the trial was justifiable or one purely borne out of political vendetta.

He insisted that neither his name nor that of Saraki featured in the petition by members of the Senate Unity Forum (SUF) or during the investigation of the petition by the Nigeria Police.

He alleged that he was denied fair hearing in the matter, adding that the police did not interact with him before he was charged to court.
He urged the international community to determine if the trial was not politically motivated, a witch-hunt, barefaced intimidation and an attempt to emasculate him.

“You may further wish to judge for yourself whether this unfolding scenario, coupled with the clampdown on the opposition, such as targeted arrests and indefinite detention of opposition figures and dissenting voices in spite of court pronouncements and in clear violation of the Nigerian Constitution, as well as the sustained marginalisation of the South-east and South-south geopolitical zones of Nigeria, do not constitute a grave danger to the nation’s hard-won democracy,” he said.

The letter added: “I wish to forward to you the court summons containing the trumped up charges preferred against my person; the President of the Senate, His Excellency, Senator Bukola Saraki, CON; and two others.

“I also wish to appeal to you to kindly find time to read through the annexures – petition by members of the Senate Unity Forum, statements by persons interrogated, and the police report – to see if we appeared anywhere in these documents.

“You may, thereafter, judge for yourself whether the federal government, acting through the Attorney-General of the Federation, has any justification whatsoever to generate our names for trial.

“The list of the accused persons appear to have been politically generated because you cannot by the documents attached, relate any of our names to the offence for which we are now being charged.

“Moreover, the rules and principles of fair hearing have not been adhered to because the police have not interacted with neither me nor the President of the Senate as at the time of writing this letter.

“You may also wish to judge for yourself whether this trial orchestrated against me is not a political trial, calculated witch-hunt, barefaced intimidation, and a clear attempt to emasculate the parliament and silence me as the leader and highest ranking member of the opposition in Nigeria.

“Meanwhile, it would also be recalled that an attempt was made on my life on November 17, 2015. The Nigerian security agencies did nothing, even though the incident was duly reported. This is for your information and reflection.”

When contacted on the letter written by Ekweremadu to the international community, the president’s media aide Femi Adesina said the presidency would not comment on the Deputy Senate President’s letter.

Saraki, Ekweremadu and two others were arraigned by the federal government on Monday for allegedly forging the Senate rules that were used in the elections through which they emerged Senate President and Deputy Senate President, respectively, in June last year.

All four pleaded not guilty and were granted bail by the High Court, Abuja.
Since the news of their prosecution broke, the already fragile relationship between the presidency and Senate has taken a turn for the worse.

The presidency has never hidden its displeasure over the emergence of Saraki as Senate President, in defiance to the preferred choice of the ruling All Progressives Congress (APC), Senator Ahmed Lawan.

Saraki defied the wishes of his party to become senate president by aligning with senators of the opposition Peoples Democratic Party (PDP), who insisted they would only support his candidacy for the post if Ekweremadu was elected his deputy.

The arraignment on Monday of Saraki and Ekweremadu has continued to create unease among senators in Abuja, THISDAY gathered yesterday.
The fear enveloping the Senate, THISDAY gathered, has forced those loyal to the Senate President and his deputy to dig deep and come up with a strategy to counter the perceived motive of the executive.

Speaking to THISDAY on the issue, a senator from the South-south geo-political zone said: “Let me be open with you, the Senate leadership and in fact, majority of the senators are very worried about the motive of the President Muhammadu Buhari-led executive.
“But for now, the Senate is on break and the President of the Senate has travelled to Saudi Arabia for Umra (lesser Hajj).”

The source added: Maybe President Buhari and his gang have just realised that their plan to use the Code of Conduct Tribunal (CCT) to force a change of leadership in the Senate would not fly. So they have decided to come up with this latest plot.
“Right now, there is a near agreement by a majority of us that Buhari has pushed us to the wall, and nobody can predict what would be the reaction of the National Assembly.”

AGF to Appear Before C’ttee

The resolution was the fallout of a motion moved by Senator Dino Melaye (Kogi West) wherein he accused the AGF of charging Saraki and Ekweremadu to court for perceived spurious allegations of forgery.
Melaye further said the decision of the AGF to reopen the forgery charge after Justice Gabriel Kolawole of an Abuja Federal High Court had struck out the case was a threat to democracy.

In compliance with the resolution, the Committee on Judiciary summoned the AGF to appear before it on Thursday, June 23.
But following his inability to honour last Thursday’s invitation, the committee rescheduled the meeting for Thursday, June 30 (tomorrow).

The new letter rescheduling the meeting and entitled “Re: Eminent Threat to Our Democracy – Request for Adjournment”, whose receipt was acknowledged by the Office of the AGF yesterday, was signed by the committee chairman, Senator David Umaru.
The letter was dated June 27.

The letter read: “I write with reference to your correspondence on the above subject matter with Ref. HAGF/NASS/2016/Vol. 1/24, dated 23rd June, 2016, whereby you requested for an adjournment of the meeting of the committee, which was supposed to hold on Thursday, 23rd June 2016, to enable you prepare your response.

“The committee has considered your request and having regard to the reason adduced, acceded to the request for an adjournment. Accordingly, the meeting is now scheduled to hold on Thursday, 30th June 2016 at noon prompt.

“The venue is Senate meeting room 313, 3rd floor, New Senate building, National Assembly complex. You are by this letter, invited to appear before the committee on the date and time mentioned above. Please, accept the assurances of our highest consideration and esteem.”

Should he appear, Malami is likely to be grilled on the apparent conflict of interest arising from his involvement in the forgery case that was dismissed by a Federal High Court, Abuja, slightly less than a year ago prior to his appointment as the AGF.

Malami was one of several lawyers who represented senators of the Unity Forum that sued Saraki, Ekweremadu and others last year for allegedly forging the Senate rules.
However, Justice Kolawole had ruled that the alleged forgery of the Senate rules were the chamber’s internal affair.

He held that the involvement of the police in the case amounted to the National Assembly allowing other arms of government to supervise or regulate its internal proceedings. 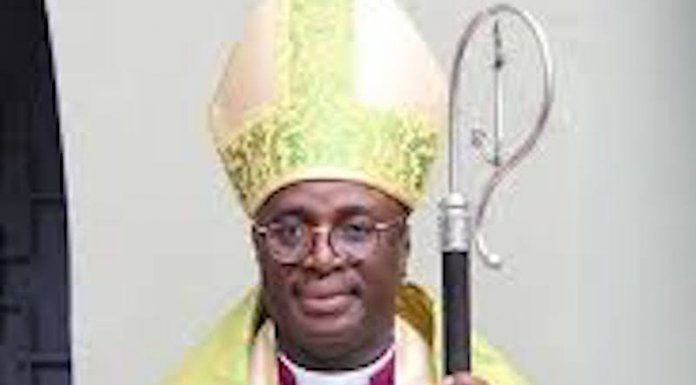