Days after a Federal High Court, Lagos Division granted an interim injunction retraining NICON Investment Limited (NIL), Global Fleet Oil and Gas Limited and Mr. Jimoh Ibrahim from dealing with any assets or funds belonging to NICON Investment, Global Fleet Oil and others, on the promptings of the Asset Management Company of Nigeria (AMCON), indications have emerged that AMCON may have acted in error even as the moves to settle out of court may have commenced.

This is as ownership of some of the properties listed to be taken over have been linked with persons and companies other than Mr. Jimoh Ibrahim, NIL or Global Fleet Oil and Gas.
In a related development Ibrahim has disclosed that he has commenced moves to have the interim injunction vacated and denied ownership some of the assets including Grand Midwest Hotel, Dubai, United Arab Emirates and Cumberland Hotel, London, England.

AMCON had approached the Lagos High Court to seek the interim injunction to take possession of assets belonging to NICON Investment Limited in a bid to recover an alleged N50 billion debt that the company owed Union Bank, and which AMCON reportedly bought over.

The alleged N50 billion debt came about when NIL borrowed N16 billion from Union Bank. The collateral for the loan, according to Ibrahim, was the group’s strategic reserve savings account, which was in British Pounds Sterling. The account had 132 million pounds sterling balance at the time. According to AMCON the loan rose to N50 billion when interests are added.

This is as it also became known that an earlier attempt by Union Bank to recover the loan said to be N16 billion was the subject of a litigation in which judgment was delivered against the bank. The judgment, THISDAY gathered was premised upon the discovery that NIL had a subsisting pound sterling account with bank balance far in excess of the N16 billion that the group owed Union Bank.

Meanwhile, AMCON has, however, washed its hand off any other transaction between NIL and the bank outside of the N16 billion, which has now swollen to N50 billion including the interests that had accrued since the transaction was entered into.
THISDAY investigations established that NICON Investment Limited indeed borrowed N16 billion from Union Bank and used the company’s group reserves savings in Pound Sterling account with a balance of 132 million pound sterling with the bank as collateral. It was also learnt that during the course of the transaction, Union Bank reportedly sold the Pound Sterling without authorisation from NIL, which is the owner of the pound sterling.

Further findings by THISDAY also revealed that when the Central Bank of Nigeria (CBN) bought over Union Bank and replaced the management team with another team led by Mrs. Funke Osibodu, the new team met with the management of NIL where it was agreed that the new team would study the transaction to be certain that it was in order.

However, the matter took a new twist when NIL was sued to a Lagos High Court in 2010 on the allegations of indebtedness to it, to the tune of N16 billion.
According to Chairman of NIL, Barrister Jimoh Ibrahim, “What really happened was that we had cash-for-cash lending transaction with Union Bank. We used our British Pound Sterling (BPS) to borrow some cash. We had 132 million pound sterling in the account, we borrowed N16 billion against that account and the exchange rate at the time was N250 to a pound sterling meaning that the cash that we had in the account was far more than what we borrowed.

“When we tried to pay back the borrowing with our pound sterling account, we’re told that CBN had taken over Union Bank. Then the new management led by Funke Osibodu met with us, at the meeting they told us that they’re new and needed time to study the transaction to be sure that it was in order. At that meeting we gave them our records and certificates and they didn’t deny that we had the pound sterling account with them,” Ibrahim told THISDAY in an exclusive interview.

Continuing, he stressed that “The next thing we heard was that they have sold the pound sterling, without authorisation. The next thing we saw was a writ of summons. When we got to court we tendered the records of our deposits. The court looked at the records and gave judgment. The court dismissed the case against us and declared that joining me in the case was done in bad faith.

“The case had been in court since 2010. AMCON went to court last week. Why AMCON went to court when they know that the case is still in court is beyond me. Union Bank has put up appearance and we have also done same. Union Bank has lost one of the cases; in fairness to AMCON, the old management of AMCON is aware of all of this and, I thought they were waiting for the final judgment to be delivered before they act.

But when the new management of AMCON came on board, somebody within AMCON may have misled them that there was no pending court case on the matter and then they went ahead to secure an interim order that they want to recover N50 billion against us, that is the N16 billion plus the interest that they claimed has accrued. Okay, the 132 million pound sterling was agreed on five per cent interest rate which would have risen to 175 million pound sterling; which is now N96 billion. So who owes who?

When contacted, Head of Corporate Communication, AMCON, Jude Nwauzor, explained that AMCON was only concerned with how to recover the loan which it has since bought over from Union Bank, adding that it is less concerned if Union Bank was indebted to NIL and how the company recovers the said money from the bank.

“You will recall that Union Bank was recapitalised so that it can continue to go about its business, that was when AMCON bought over the debt; it is not our business how he recovers his money. If he has any other business with Union Bank that’s not our business,” Nwauzor told THISDAY in a telephone interview.

“It is for the court to decide the true ownership of the properties; that’s not for AMCON to decide. As long as the property is listed in the court paper and stamped by the court, whether it belongs to his brother, sister or any relative it will be taken over. Don’t forget that he has the rights to appeal.” 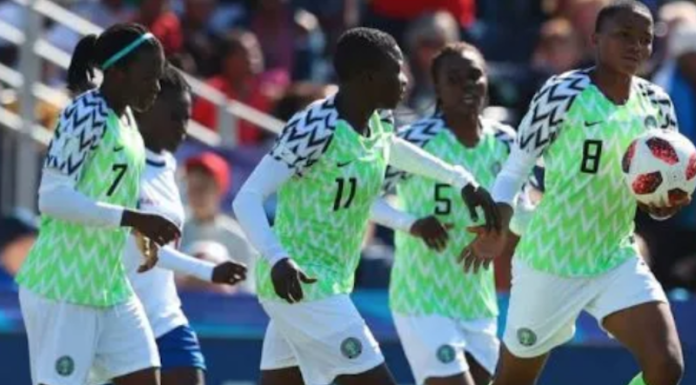