Mr. Paul Erokoro (SAN) who appeared for the Senate President, Dr. Bukola Saraki, at his trial for an alleged false declaration of assets before the Code of Conduct Tribunal (CCT) has told the tribunal’s Chairman, Danladi Umar, to step down to pave the way for government to constitute a full panel for the tribunal.

While moving his application calling on Umar to disqualify himself from Sararki’s trial, Erokoro said if Umar disqualified himself, government could then appoint more members for the tribunal to be fully constituted.

He stated that his client could not get justice as long as Umar remained the tribunal chairman.
But, the prosecutor, Mr. Rotimi Jacobs (SAN), opposed the application, saying it was a plot to delay the trial.

While arguing the application to get Umar to disqualify himself, Erokoro said the tribunal chairman has become bias based on prejudicial comments he made during the trial.
The CCT chairman had on June 7 threatened Saraki that the delayed tactics being employed by his lawyers would not reduce the consequences he would face at the end of the trial.

In his submission, Erokoro claimed that the comment by the chairman was prejudicial to Saraki and that Saraki could no longer get a fair trial from the tribunal as envisaged by the provision of section 36 of the 1999 Constitution.

He said neither the chairman who was personally served with the motion on notice informing him of the prejudicial statement made in the open court on June 7 nor the prosecution had denied the statement.

Erokoro further submitted that by implication, the CCT chairman and the prosecution had admitted making the statement and as such, the chairman should disqualify himself in the interest of justice and fair trial.

He further submitted that the Independence and the impartiality of the chairman as envisaged in section 36 of the constitution could no longer be guaranteed and that a good reason for the CCT chairman to disqualify himself from the trial had already been established.

When asked what would happen to the tribunal should the chairman disqualify himself, Erokoro said there was a statutory provisions for the establishment of the tribunal with a full complement of three members and that the appointing authority could do the needful by appointing more.

Saraki had demanded the removal of Umar from the panel of the tribunal that would prosecute because of the open threat made by Umar to unleash the full weight of the law on him at the end of his trial for the sins of his lawyers.
The senate president claimed that the threat made by Umar in the open court was a clear indication that the tribunal had made up its mind to convict him at all cost irrespective of the evidence at the trial.

However, the prosecution counsel, Jacobs while opposing the application said that the application was frivolous, and was an abuse of court process and a deliberate attempt to delay the trial.

He also said Saraki had filed similar applications before asking for the same prayers and that since appeal on the earlier ones are still pending before the appellate court, the tribunal should resist the temptation to do the statutory job on the Appeal Court.

Although Saraki had accused the tribunal chairman of bias in the past the grounds of the earlier were clearly different from the grounds of the present application.
Moreso, since the CCT chairman’s statement upon which the latest application was based had not been made before Saraki filed the appeal referred to by the prosecutor, the issues before the Court of Appeal are clearly not the same.
Meanwhile ruling on the application has been fixed for July 13, 2016. 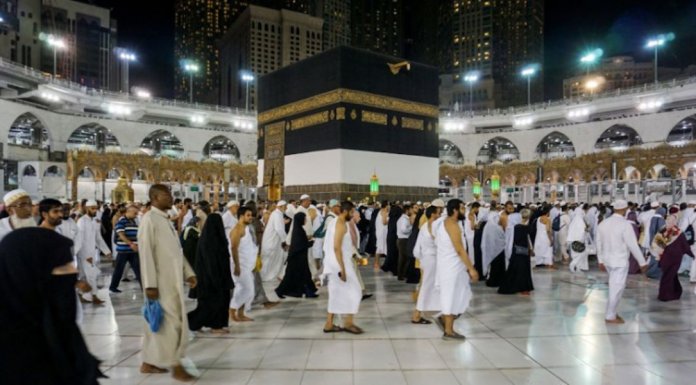