Whenever you take a closer look, you realise that the passing away of a fellow human being often jolts you out of the drudgeries of daily living to the certainty of your own, and indeed every human being’s, ultimate mortality. It does not matter whether the dead person is a very close relative or an individual you have never met in your life. The tragedy of death often confers on you and the deceased a bond that fate has, willy-nilly, forced upon mankind. Then you suddenly realize that, surely, your own day shall also come, sooner or later. The demise of the legendary Mohammed Ali had this and sundry effects on me, some of which form the germ of this piece.

Now, can a man be great without attaining greatness? This rather nonsensical thought viciously assailed my mind since the news of the death of Ali broke. After agonizing over this quandary for days, I came to the realisation that there were too many realities of this life that we choose to ignore or simply gloss over in our daily rush and splendours of living – all because we assume them to be infinitely trite and of no consequence to our immediate and material wellbeing. Notwithstanding his claim that he was ‘the greatest’, could we say that, considering the sum total of his sojourn here on earth, Ali truly attained greatness?

Perhaps it was the consistent allusion to this cliché about greatness in the days after his death that triggered those thoughts in me. In my ruminations, which are of course neither perfect nor fault-proof, as I hold no pretentions to being a philosopher, I nevertheless discovered that there are many factors that make individuals great. For instance, we crave limitless power, stupendous wealth, pervasive influence, extraordinary skills, intimidating physical size and strength, etc, and daily toil and aspire to attain these. Sometimes we even kill, steal from the poor and state, tell lies, sell our consciences and betray loved ones and country, simply to be rich, affluent and powerful – all because we believe they make us great men and women. And as great men, we see ourselves as standing above ordinary folk and assume positions that make us their leading lights.

Look around you and you will see many such great people. In Nigeria today, they are typically politicians with a few businessmen who have also become great by doing contracts doled out by these same politicians. The other great men of our society are still the few who have also ‘made it’ from the crumbs that have dropped from the tables of the two groups above and very few technocrats and professionals who have, by dint of sheer hard work, attained wealth and position in society. But, on the whole, there are so many of these great men in our communities and country that you wonder why there is so much misery, hunger, disease, poverty all round us. Shouldn’t these great men that are so powerful, rich, affluent have used these gargantuan resources to assuage these horrid conditions that prevail all round us? Anyway, it is in this irony of so much misery sitting side by side so many great individuals that we must extract the answer to our paradoxical question: can a man be great and not be able to attain greatness?

A few hours after the passing away of Mohammed Ali, George Foreman, the man whom Ali humiliated in the epochal 1974 ‘Rumble in the Jungle’ fight, tearfully eulogized his opponent, who had later become a bosom friend, to the high heavens in a BBC interview. He captured their epic battle in the ring thus: ‘’I got beat up in the jungle. I hit him [Ali] with everything I got.’’ However, ‘’I was in the ring with the greatest human being I knew in my life…. A part of me died when he passed away.’’ To further buttress Foreman’s assertions, which emphasized the pervasive views of almost all the people who eulogized the late boxer, Floyd Mayweather Jr. (a boxing legend in his own right), had this to say: ‘’There will never be another Mohammed Ali.’’ Of course.

In almost all of the outpourings of adoration for Ali, a recurring decimal was the consistent reference to this quintessential attribute that I find most relevant to our purpose here which Foreman captured most eloquently: ‘’He [Ali] was beautiful and pretty.’’ Now, Ali was a very handsome man. But most of the people who remarked about this were rather unconsciously alluding to a sublime beauty that radiated from the very core of his humanity. That was the essence of Mohammed Ali. That elemental beauty compounded from pity, compassion for fellow human beings, self-abnegation and, above all, love. Although unusual to find this mixture in a man who lived by the brutal sport of boxing, these awesome forces sat perfectly well in Ali and found profound expression in his eventful life, both within and outside the ring. Hear him: ‘’I learned something from people everywhere. There’s truth in Hinduism, Christianity, Islam, all religions. The only religion that matters is the real religion – love.’’

I have come to the conclusion that it was that love that nurtured that inner beauty which ultimately gave Ali that drive toward greatness which set him apart from those others that will remain great but wallow as tin gods to be celebrated by mediocres. It is not enough for a man to simply be great. A great man should, like Ali, aspire to the pinnacle in human attainments – greatness. Furthermore, wealth, position, power, etc, do not in themselves necessarily and automatically confer greatness on man. If that were not so, the great men in our midst would have long since ameliorated the misery, want and disease that persist in our society. It is the way, manner and mind set with which he applies power and wealth that determine a great man’s ascendancy to greatness.

The wealthy that erect monuments and help the underprivileged but are conceited and still dismiss the poor as vile and lazy cannot attain greatness for they merely hanker after the adulation of men. How many great men would have gladly swapped places with Mother Theresa of Calcutta? None, I wager. But it is through acts of self-sacrifice, empathy, love, which were at the heart of the life and work of the beautiful Mother Theresa, that elevate great people unto greatness.

Ali sacrificed his life and career when he took the unpopular decision to reject being drafted to fight in the Vietnam War in 1967. As a result, he was stripped of his world heavyweight title and banned from fighting for five years. For a young champion of 25 who was at the peak of his career, this was a most foolhardy stand. But he damned the consequences in deference to his conscience. This, coupled with his struggle against racism, has put him in the class of all time greats like Martin Luther King Jr., Malcolm X, Nelson Mandela, etc; and says lots more about the strength of that inner beauty, fired by love and self-sacrifice, that has given hope to the down-trodden and inspired many others like him to greatness.

‘’I found him to be one of the greatest human beings I ever met in my life. He brought out something you call greatness in every person,’’ said Foremen. Likewise Obama: ‘’The incredible gesture of love and support that he showed me was one of the greatest blessings of my life.’’
I wonder how many great men out there can dare, like Ali, take the narrow path to greatness by showing a little love and compassion to our people buffeted by poverty, disease and hopelessness.
––Gyang writes from Jos (1chrispere@gmail.com). 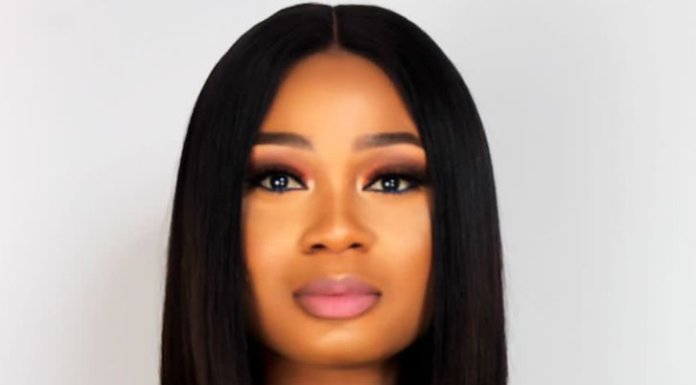