Obinna Chima in Lagos and James Emejo in Abuja
Three weeks after he announced the introduction of a flexible exchange rate regime, the Governor of the Central Bank of Nigeria (CBN), Mr. Godwin Emefiele, will today finally unveil the much-anticipated guidelines paving the way for the new forex regime, THISDAY exclusively learnt on Tuesday.

This is just as the Minister of Finance, Mrs Kemi Adeosun, disclosed that the federal government has resolved to facilitate a N90 billion loan for  the 36 states of the federation to enable them meet their obligations, but cautioned that it should not be deemed a bailout for the states but a facility with stringent conditions attached to it.

A top CBN official, who confirmed yesterday that Emefiele would brief the press today on the flexible exchange regime however did not provide further details on what the guidelines would entail.

He said the CBN was now adequately prepared and has the firepower to support the new flexible forex regime, adding: “Once it is announced, we expect to see stability in the forex market and some appreciation in the parallel market that will reduce the gap between the official and informal forex market rates.”

Another source with the central bank however revealed that he expects the central bank governor, having held wide consultations with stakeholders in the financial markets on the new structure for the forex market, to announce a single window, not a two-tier forex exchange regime with a special intervention window for critical transactions as announced by the governor after last month’s meeting of the Monetary Policy Committee (MPC).

The CBN has been hamstrung by dwindling oil earnings, brought on by low oil prices and the violent activities of militants in the Niger Delta. Both had combined to reduce the country’s monthly oil revenue from an all-time high of $3.2 billion about two years ago to about $500,000 in April.

Experiencing great difficulties funding the nation’s imports as a result of scarce foreign exchange, a situation that put increasing pressure on the naira, the CBN for over a year pegged the naira at N197-N199 to the dollar and imposed currency curbs on certain items.

Its obstinacy was worsened by President Muhammadu Buhari’s ill-advised opposition to the devaluation of the naira.
But as the economy contracted and plunged into a recession, foreign investors fled the economy and inflation spiralled, the central bank was forced to rethink its forex policy in order to open up the forex market while conserving forex reserves.

The dollar currently trades at N365 on the parallel market.
At the last MPC meeting held last month, members agreed to hold all policy rates constant and introduce greater flexibility in managing the forex rate. As a result of this, a lot of investors were cautiously optimistic and indeed excited.

Emefiele had said the central bank resolved to introduce greater flexibility in the foreign exchange market, but would retain a small window for critical transactions for prospective investors.
Since the announcement, the central bank has been consulting with stakeholders in the economy on the new forex policy.

Meanwhile, the minister of finance yesterday disclosed that the federal government had resolved to facilitate a N90 billon loan for the 36 states of the federation, but cautioned that it was not a bailout but a facility with stringent conditions attached to it.

“It’s actually a loan that is going to be repaid. It’s not a bailout,” she told journalists at a news briefing, shortly after a meeting with state commissioners of finance in Abuja.

The credit facility followed the approval of state governors to implement a comprehensive 22-point Fiscal Sustainability Plan (FSP) to among other things make critical reforms, cut wasteful spending, eliminate ghost workers on the payrolls of their respective states, as well as pay salaries electronically to workers’ individual accounts.
The minister explained that the loan would be raised from the private sector through the issuance of bonds which have been guaranteed by the federal government.

She said: “That is the only way we can get the rates down. The federal government is guaranteeing the bonds and they are being issued in the normal manner that bonds are issued.”

According to her, the sum of N50 billion would be secured in the first three months and shared among the participating states which include all the 36 states, while another N40 billion would be activated for another nine months.

Adeosun said: “The idea is to tide states over for a year so that they can balance their portfolios which on average is about N1.3 billion for the states for the first three months and then N1.1 billion for the next nine months.
“It’s a loan and it’s going to be fully repaid because it’s been secured with future dividends, revenues and any amount that the federal government may owe the states.”

Asked whether allocations from states’ share from the monthly Federation Accounts Allocation Committee (FAAC) would be affected as a result of the proposed credit arrangement, the minister said: “We are not suspending allocation from the Federation Account as it will still be there.
“For now, we need to support the states and they have agreed to that and the lenders are ready to make an advance to them to help them through the period.”

“So the governors and commissioners recognise that these reforms are necessary if they want states to be fiscally sustainable.”
Adeosun further stated that under the new dispensation in fiscal sustainability among the tiers of government, every state must now strive to be economically viable by embarking on public-private sector partnerships to unleash their potentials.

According to her, “We have to make sure that within each state, whatever local advantage they have is exploited.
“So if there is no private sector to collect taxes from, maybe there are agricultural produce which can be developed and the states can use that to generate revenue.

“What we are saying is that every single state is a centre of prosperity, every state should go and look inwards and work to generate its own IGR and have the discipline to ensure that they can pay salaries, clear out wastage, so that as the economy improves, we can actually improve to grow with the future.

“The objective of the fiscal sustainability plan is to achieve it in an 18-month period and that is the condition for the loan and it’s not a bailout.”

Responding on behalf of the state commissioners, the Jigawa State Commissioner for Finance Umaru Namadi expressed gratitude to the federal government, assuring it that the states would abide by the conditions of the loan. 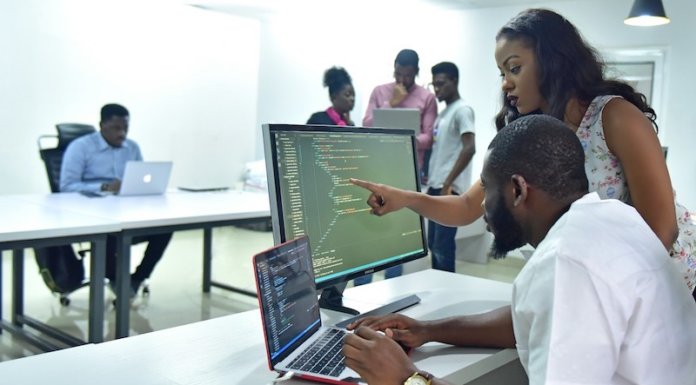