Peter Ishaka
Educated at University of Lagos, Ishaka is presently the OP-ED editor of THISDAY Newspapers

President Muhammadu Buhari was ushered into Aso Villa, Nigeria’s seat of power, in a buoyant mood. That mood extended to many states across the nation. One young man in Abuja, the capital, tied a bowler hat, often called “resource control” and often worn by former President Goodluck Jonathan, to the back of his tricycle and dragged it on the street. People cheered him on, unmistakably kicking out, in his own way, a lax administration suffused with corruption. Even before his inauguration, Buhari was already in an expansive mood: “You voted for change and now change has come,” he said.

However, one year after, Buhari’s promise of change seems like a sick joke. Perhaps, after the civil war, no other time in our history looks more depressing and troubling. The administration, in many people’s estimation, has become a drag instead of a boon, blighted by widespread shortages of everyday necessities, spiraling inflation and rising insecurity. The effect, obviously, has been terrifying rather than inspiring. How bad are things likely to get? Is the Buhari administration making things better or worse?

“At home we face enormous challenges,” President Buhari admitted during his inaugural address. “Insecurity, pervasive corruption, the hitherto unending and seemingly impossible fuel and power shortages are the immediate concerns. We are going to tackle them head on. Nigerians will not regret that they have entrusted national responsibility to us. We must not succumb to hopelessness and defeatism. We can fix our problems.”

President Buhari is trying admirably to fix corruption, evidently Nigeria’s greatest scourge, but how far he could go is still a matter for conjecture. Many are critical of the discrepancies and standards used in hauling people before the anti-graft agencies and the Code of Conduct Bureau. But there is no doubt that he is making a big difference.
The unearthing of the arms deal, dubbed Dasukigate, involving billions of diverted dollars, his ruthless intervention in the budget padding sleaze, leading to the sacking of some staff and the search light on other related dark spots, marked him out as a man committed to routing the menace that has tarnished our image and drawn much negative attention to the country. Barely two weeks ago in London at the anti-corruption summit, Buhari pledged the government’s commitment to the Open Contracting Data Standard which would ensure greater transparency in public contracting.

Besides all this, the reality is that things are not just exceedingly bleak, but getting worse. Statistics are patchy, but there is no denying the fact the misery index is growing and disappointment has grown louder. It is for instance difficult to exaggerate the country’s power poverty.

On assuming power, Buhari described as a “national shame” a situation where the seventh most populous nation on earth struggled to generate 4,000 megawatts of electricity and distributed even less. One year after, the “turnaround” is still negative and getting worse. The nation still generates about the same quantity of energy, but distributes even more negligible quantity. Power shortages are so routine and frustrating, particularly in a period of extreme heat. To worsen matters, the electricity distribution companies have increased their tariffs astronomically even when they cannot keep the lights on.
But the shortages overlap. Almost a quarter of the All Progressives Congress’ administration in office, the supply of petrol has been, at best, intermittent in the world’s seventh largest exporter of oil. The product was more on the streets, selling for as much as N300 per litre in some places, than in the filling stations. The prolonged scarcity of petrol in a period of darkness inflicted so much hardship on the nation and its commerce. It was some relief recently that the authorities were bold enough to liberalise the importation of the product.

But there are greater challenges for an economy that is wholly dependent on crude oil for more than 70 per cent of its foreign earnings. In the past two years, the cost of crude oil has been on a free fall, from an average of $100 per barrel to less than $30 earlier in the year, thus depriving the nation a significant part of revenue. For a country that is dependent on imports, from toothpick to cell phones, the impact is hard on the economy, prompting the central bank to restrict the importation of items and the rationing of dollars to conserve foreign exchange.

The naira has been devalued twice and now stands at 197 to the dollar at the official window. But on the black market there is a yawning gap as the dollar sells for as much as N360. Against all persuasions, the authorities held on to the “command and structure,” a streak of the damaging authoritarianism reminiscent of the first coming of Buhari as head of state, and kept the artificial rate of the naira, even when it has lost half its value. Many foreign investors were rightly hesitant. Fortunately, last week the central bank announced, even if belated, that some flexibility would be brought to bear on the foreign exchange market.

But the economic difficulties are apparent, biting hard and deepening. There is high rate of price inflation in a country where many of those who work are owed months in salary arrears while unemployment is at a dangerous level. Jobs are extremely scarce. As the economic misery escalates, Nigeria’s many poor are further pushed to the wall. Worrying still, governments at all levels are being run as if the party is still on. Prudence is at large.

The rising insecurity in the land has only made things worse. Besides Boko Haram, the brutal insurgent group whose murderous activities are gradually being contained, there is a new “terror” group called Fulani herdsmen who are maiming, killing and destroying farmlands across the nation and raising temperatures unnecessarily among the ethnic groupings. It is difficult to tone down the criticisms of official leniency or rather, inaction, in the handling of this new menace. They are right.

It is hard to stomach, considering the bloodshed and the large scale displacement. Besides, there is the Biafra separatists group named Independent People of Biafra (IPOB), not to talk of the Shi’ites’ rebellion. The spate of kidnappings, armed robberies and general banditry, all help to add to the prevailing air of uncertainty. The renewed militancy in the Niger Delta threatens to further increase the country’s economic woes. “In one year,” said Idayat Hassan, director of the Centre for Democracy and Development, “the existing fault lines in the country have once again been widened.”

But Buhari is a man of courage and it takes exceptional bravely to stare down one’s party rather than compromise on issues of great importance. He has said repeatedly that time was on his side to right the wrongs. The 2016 budget earmarked some N350 billion for capital projects, essentially to stimulate the overheating economy. “We are working night and day to diversify the economy such that we never again have to rely on one commodity to survive as a country”, said President Buhari. “So that we can produce the food we eat and most of the things we use. We intend to create the environment for our young people to be able to innovate and create jobs through technology.”
It will not be easy. But there is a resolve. That is why he needs all the support. 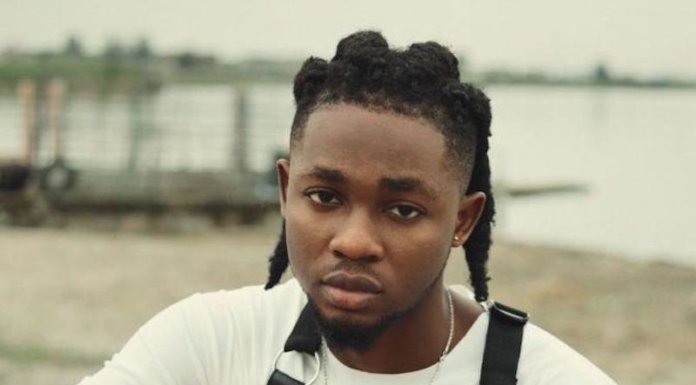