Former President Olusegun Obasanjo has said that the refusal of international oil companies to convert gas to power contributed to the deteriorated state of electricity power in the country.

Obasanjo, who spoke at a high-level session on “Africa’s Energy: What’s the New Deal?”, at the on-going 2016 annual meetings of African Development Bank (AfDB) in Lusaka, lamented that rather than build power plants for Nigerians to benefit, the IOCs preferred to burn the gas because such projects didn’t add to their profitability.

According to him, “when I was President, I asked all the international oil companies producing crude oil in Nigeria not to burn gas and use it for electricity, only Agip responded and built a power plant of only 3 megawatts, the others ignored my call.”

Obasanjo stressed that going by resources and the potential that Africa had to generate power, there was no reason why the continent should be in darkness.

He argued that African governments should not deprive their citizens the benefit of electricity power in a bid to have an environment devoid of pollution due to power generation. “I’m an environmentalist, I will not keep environment clean at the expense of power in Africa. Without coal, industrialisation would not have been possible in Europe and other developed world. We may not use coal like in the past, but let use a mixture of what we have We have coal, gas, oil, sun, wind, fossil; let use them to get what we want.”

AfDB President, Akinwunmi Adesina, noted that Africa had no business not having power because it had all the potential in all aspects of power generation. What needed to be, he added, was to exploit the potentials inherent on the continent, pointing out that there was a New Deal on Energy for Africa to add 160 gigawatts of electricity to the system.

Meanwhile, earlier at the meetings, the African Risk Capacity took major steps towards its goal of providing $2 billion worth of annual climate disaster coverage to Africa’s most vulnerable populations.

ARC signed a Letter of Intent and a Memorandum of Understanding with AfDB and the Conférence Inter-Africaine des Marchés d’Assurance (CIMA) respectively on 25 May after a high-level panel at the AfDB’s Annual Meeting.
The Letter of Intent between ARC and the AfDB marked an announcement of their intention to collaborate in the areas of planning, preparation and response to extreme weather events and natural disasters for the benefit of the Regional Member Countries of the AfDB (RMCs).

The collaboration is expected to play a pivotal role in protecting investments for economic growth especially in key economic areas vulnerable to weather shocks such as agriculture. The Letter of Intent will support the introduction and mainstreaming of disaster risk financing into national fiscal policy in Member States.

The MoU signed by ARC and CIMA, the regulatory and insurance body for 14 countries in West and Central Africa, reflects an agreement to cooperate on a number of areas including: Training by CIMA of officials and technicians from ARC Member States on index-based insurance products for sovereign governments; Establishing working groups to study and implement strategies related to weather-index based risk coverage; and Promoting weather-index based insurance products for access to traditional insurers.

The MoU marks a significant step in the institutional development of ARC and its collaboration with a regional technical institution like CIMA, which plays a crucial role in building risk management and insurance expertise within its Member States.

Commenting, Director General of ARC Agency, Mohamed Beavogui, said: “This signing between ARC and AfDB reinforces and formalizes an already strong partnership between both institutions and demonstrates the foresight and leadership of the bank in coordinating our efforts towards addressing the needs of our Member States.”

Chair of ARC Agency’s Governing Board, Dr Ngozi Okonjo Iweala, said: “I am proud of ARC as an institution. This organisation I believe truly represents how African states are finding African-led solutions to all too familiar crises visited upon us by extreme weather conditions, climate change and other man-made factors.”

The AfDB and CIMA partnerships are expected to help drive ARC towards its goal of indirectly insuring 150 million people across 30 countries on the continent by 2020.

So far seven countries- Niger, Senegal, The Gambia, Mali, Malawi, Mauritania and Kenya -have purchased insurance from ARC Ltd. ARC is also launching a tropical cyclone insurance product this year and a flood insurance product in 2017 as part of its effort to increase insurance coverage across Africa.

ARC was established by Treaty in 2012 as a Specialised Agency of the African Union (AU). ARC was set up to help Member States improve their capacities to better plan, prepare and respond to extreme weather events and natural disasters, therefore protecting the food security of their vulnerable populations.

ARC is made up of two entities representing a true private-public partnership: the ARC Agency and its financial affiliate, the ARC Insurance Company Limited (ARC Ltd), which is a mutual insurance company owned by its members, the African governments participating in the risk pool and capital contributors – the UK and German governments. 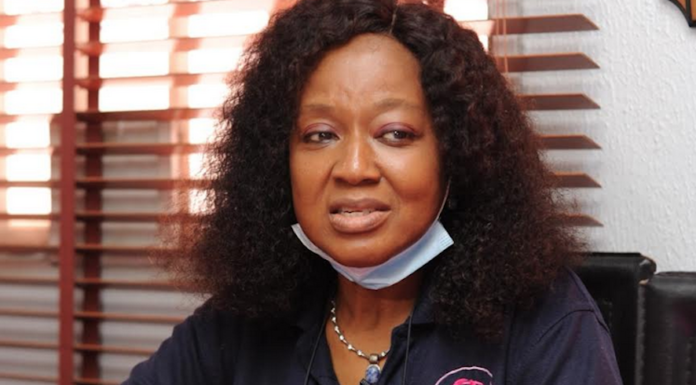