“In the end, we will remember not the words of our enemies but the silence of our friends.” Martin Luther King, Jr.

After a chariot of promises, assurances of derring-do, and lofty flattery of hope, including half-full cup of holy water inversion without letting out a drop, Muhammadu Buhari becomes president… and then- all hell breaks loose. Colossal brigandry is exposed in government procurement practices, Boko Haram’s criminal mayhem did not let up, dissatisfied advocates for a breakaway republic thrive, and, crude oil prices sink to levels not seen since the 1980s. The Naira collapsed, suffering defeat, investors retreat and spending – the lifeline of any economy – takes a hit. Emasculated by global events of which he has no control, Buhari knows that this is not what he planned for, nor where he’d rather begin his presidency. The ex-soldier who came as a miracle worker and champion of the cause to rescue Nigeria from its rot is on the defensive, and with his back against the ropes. The opposition, sensing blood, takes the opportunity to punch harder and bring Buhari down to size.

Who would have thought that after five years of Dr. Goodluck Jonathan’s chicanery, Buhari will arrive at the political stage with this burden? A meek, elder statesman who should rather retire to manage a livestock farm in Daura, is now at the helm of an economy almost ran aground? Does Buhari have the oomph to push through these challenges or, the wherewithal, and staying power? Either way, Buhari will learn new lessons, indeed. First and foremost, Buhari will learn that politics is a blood sport and the goal is to eliminate your opponent from the contest and replace that player with your team member- mortal combat indeed.

Second, that fate can intervene in unusual ways, at any time and deal a cruel hand in the middle of the sport. Lastly, and more importantly, that gut, grime and tact is a requisite condition needed to win. This is how you win the Super Bowl.

Could these occurrences be a cruel joke playing out on Buhari, or the consequence of poor planning by his predecessors? Nevertheless, Buhari is sure to find out that the challenges of the times come in myriad form, shape, and kind- and sometimes they come with copious fury, relentless savagery and consistent ferocity. For Buhari, this is not the time for excuses. It is a time for leadership – or lack of it; and it is on display for all to see.

Economists and forecasters have long predicted that this time will come, that Nigeria needed to diversify because we cannot continue to be a single commodity economy. They cautioned us to repent from our monolithic culture and find alternative revenue stream. They begged that we needed to be vigilant and explore alternatives on how we can produce, on a commercial scale, similarly correlated products as natural gas, tin, iron ore, coal, limestone and even mechanised farming. Why? Because our arable land makes for bounty harvest. They alerted us to our petroleum exports revenue, which represents over 90 per cent of our total export revenue. Nearly out of breath, they warned that this revenue will someday dry up or become threatened – as it is today.

Rather than listen, we partied, and as long as the revenue stream was open, we were in good shape. We are as tenacious in our reckless habit as we are comfortable in our single commodity ethos. What consequently happened is that we did not milk our only cow dry. We still have abundant crude oil in our depository. The only problem is that falling prices in the world market and newly emergent drilling technologies mean that there is more oil and gas in the world than anyone could account for. Fracking and other related technologies have flooded the world market with cheap oil. New oil is running amok, and it is aplenty. Quadrillion trillion cubic feet of shale gas (molecules of gas trapped away for eons) is now recoverable from underneath our earth.

Just to rewind for a minute. It was the first Olympics in Russia since the breakup of the Soviet Union in 1991 and it was at Sochi. At the opening ceremony in the winter of 2014, was a spectacular display of Russia’s magnificence and grandeur. Still smarting from the breakup of the Soviet Republics – the single largest intercontinental landmass- Putin went to extraordinary lengths to project Russia’s image and strength. Employing compelling visual storytelling technologies, Putin presented Russia’s history of acclaim and greatness in 3D theatrics. Then, Russia finished on top of the overall medal count with 33 medals. The U.S. finished with 28 medals. Putin’s veiled message -it is time for Russia to rise. One year later, unmarked Russian soldiers seized the Crimean Peninsula in Ukraine and, amidst the hullabaloo, invaded Ukraine claiming that it had always been a part of Russia.

Major Powers take sides. In order to make Ukraine less attractive to Russia, Saudi Arabia a mid-level regional player, America’s friend and strategic partner, opens up its pump, flooding the market with cheap oil. There is so much oil in the market and, like Nigeria, Russia is heavily dependent on oil revenue. Russia’s currency got hit but Saudis owe the United States a pre-September 11 debt from America’s military bases in Arabian land which was meant to protect the Saudi’s in a hostile region – and a source of Saudi’s and Bin Laden’s angst at infidels stepping foot on holy land. America and its allies had also benefitted from this strategic friendship from as recent as Operation Desert Storm in 1990. The military bases were used as pit stop and storage facilities to launch American offensive and chase Saddam Hussein out from Kuwait.

It also was a strategic region in1944 WWII to defeat Japan and in liberating France and most of Europe from Hitler’s terrible grip. Obama and the West saw Putin’s move as a hungry land grab, akin to Hitler’s cunning 1939 strategy. A constellation of forces- Fracking, shale gas, Ukraine and geopolitics are in play here.

Come to the present with me, if I went online and opened a commodity futures brokerage account which will enable me trade crude oil on the commodity market. I will pay $27.00 for a barrel of crude oil, down from $136.31 a barrel in June 2008 (Source: Inflation Data.com). By 2009, it was selling for $120 a barrel.

Just for the purpose of illustration, let us assume that Nigeria expects to earn $120 as revenue for the entire year based on the sale of one barrel of oil in 2008. After its earnings, Nigeria had to present a budget, maintain internal security, build barracks and pay salaries to the police. She will have to replace and maintain aging military fleet, buy fighter jets, allocate funds to states and local governments, train the military, build roads and infrastructure, fight insurgency, maintain hospitals, and pay retirement. Lest we forget, we shall make room for the big “C&E”- Corruption and Embezzlement.

Well, that $120 which was able to do these things in 2008 had been whittled down by geopolitics to $27. Clearly, Nigeria is hamstrung and isn’t able to do much in this moribund economy.
Follow my thoughts in part II on how Buhari can win.
–– Sole writes from The Cultural Diplomacy Institute, Washington D.C. 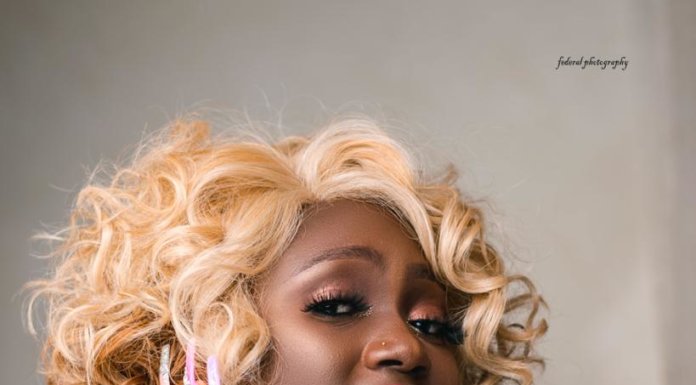