Following the attacks launched against Nigeria by the British Prime Minister, describing Nigerians as “fantastically corrupt,’’ Governor Ayodele Fayose of has said President Muhammadu Buhari should he held liable for the sarcastic comment.

Fayose added that Buhari utterances outside Nigeria was the reason the British Prime Minister made such uncomplimentary comment, saying; “What do you expect from the international community when the president of a nation keeps going abroad to say that his people are corrupt?”

He said it was annoying that President Buhari said he was embarrassed and shocked by Cameron’s comment, adding that instead of telling Nigerians that he was shocked, the president should apologise to Nigerians for de-marketing the country and his people.

The governor, who spoke through his Special Assistant on Public Communications , Lere Olayinka, said: “When a president mounts the podium in foreign lands and gleefully says his own people are criminals, that they are corrupt and that those abroad should be sent back home, why won’t presidents of other countries brand all citizens of such a country as fantastically corrupt?
“Rather than this grandstanding from the presidency, efforts should be made to redeem the image of Nigeria that the president has destroyed.”

Also, Fayose blasted Buhari for jacking up petrol pump price from N86.50 to N145, describing it as insensitive and demonstration of the level of hatred the All Progressives Congress (APC) government has for Nigerians.

The governor, who said the over 70 per cent increment was another vindication of his predictions on what to expect in 2016, added that it was now clear that the scarcity of petrol being experienced in the last three months was deliberately orchestrated by the federal government to pave way for the already conceived increment.
According to Olayinka, Fayose said: “Nigerians are now left at the mercy of political liars who took over power by deception and are governing by deceit.

He said he was waiting for the reaction of those who took to the streets to protest when fuel subsidy was removed by the Dr. Goodluck Jonathan administration in 2012, urging labour unions in the country to stand by their members always, not minding the political party in government.

He said: “When they were seeking for votes from Nigerians, they promised to reduce petrol pump price to from N87 to N45 per litre, they promised to create three million jobs per year, they said $1 will be equal to N1 and above all, they promised to pay unemployed youths N5, 000 stipend and provide one meal a day to pupils nationwide.

“Instead of fulfilling their promises, they have increased petrol pump price to N145 per litre, increased electricity tariffs, retrenched thousands of workers and imposed untold hardships on Nigerians.
“As they did in 2012, if labour leaders do not also stand up for the people at this time, posterity will not forgive them.”

While describing the remand order reportedly granted to the Economic and Financial Crimes Commission (EFCC) to detain the former Minister of Aviation, Femi Fani-Kayode, indefinitely as a show of judicial rascality, the governor said: “It is worrisome that some magistrate courts, especially in the Federal Capital Territory (FCT) have turned themselves into allies of the EFCC in its persecution of Nigerians who are opposed to President Buhari’s anti-people policies.”

He cautioned magistrate courts in the country, especially those in the FCT against the continuous disobedience to the directive of the Chief Judge of the FCT, Justice Ishaq Bello, that they should desist from granting remand orders to the EFCC to detain suspects indefinitely, saying: “It now appears that these magistrates are operating as if they are superior to the FCT Chief Judge.” 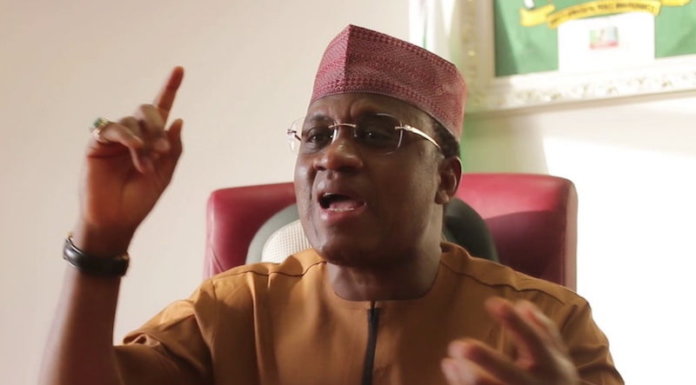