Ndubuisi Francis in Abuja
The Minister of Finance, Mrs. Kemi Adeosun, is to present the 2016 Borrowing Plan of the federal government to the Federal Executive Council (FEC) next Wednesday.

The Borrowing Plan is a fiscal document, which details government’s borrowing pattern, and usually comes with annual budgets.

A very competent source told THISDAY last night that the Borrowing Plan was initially to be present to FEC today by the minister, but had to shelve the presentation to next Wednesday due to the cancellation of the FEC meeting.

In a recent article entitled “Nigeria’s Economy: The Road to Recovery,” Adeosun had written:“Our total borrowing expectations are now at N1.8 trillion naira ($9.1 billion).We hope to raise approximately $4.5 – 5 billion from multiple external sources. This includes multilateral agencies, export credit agencies and we are also planning to tap the Eurobond market.”

Meanwhile, the N350 billion earmarked to be injected to reflate the economy will be released immediately, according to a source close to both the Ministry of Finance as well as the Ministry of Budget and National Planning.
According to him, all that is required is for contractors to show proof of contracts executed to get the money released.

In another development, Adeosun has reiterated the resolve of the federal government to redefine spending in order to get maximum impact.
The minister, who was a guest at the Ogun State Investors’ Forum, holding in the state capital, said during a panel discussion on the economy that the current administration is determined to ensure that going forward, government spending in Nigeria will achieve maximum impact.

Noting that government spending in previous years had been ineffective and not directed in the right areas, the minister reiterated the focus of the government on investing in critical infrastructure to enable growth.
In her remarks, Adeosun highlighted the fact that Nigeria is not an oil economy. Although oil accounts for 70 per cent of revenue, it constitutes only 13 per cent of our gross domestic product.

“By fully harnessing the potential of our non-oil sectors, we can create a more diversified and resilient revenue base which would provide the necessary fiscal buffers to insulate the economy against the impact of external shocks in the future,” the minister stated.

Adeosun also spoke on the need for the federal government to play its role so that states can focus on their core functions. According to a statement by her media aide, Mr. Festus Akanbi, the minister said the federal government will level the playing field by removing rent-seeking opportunity to unleash entrepreneurial activity and job creation, adding “We must engage in economic patriotism to support local job growth.” She commended the Ogun State government for patronising local entrepreneurs in producing its conference bags.

The minister concluded by assuring that the government is fully aware of the current economic challenges facing individuals and businesses and is working very hard on resetting the economy on the path towards achieving sustainable growth. She added that better days were ahead with President Buhari’s resolve to check corruption and wastage. 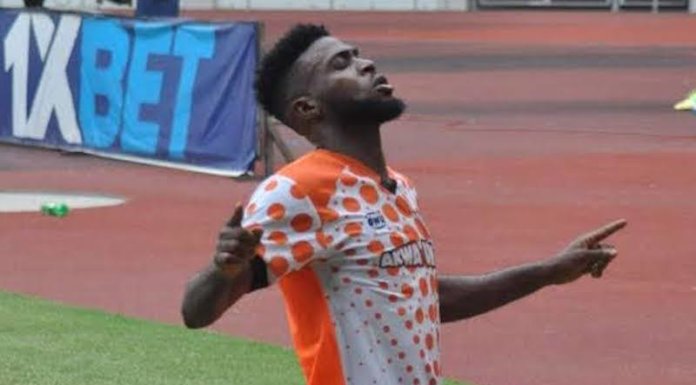