The second edition of the Satchmo’s Jazz and Culture Festival, Lagos (SJL) recorded a huge success with the curator, Mr. Dolapo Ajayi and his team including coordinator, Folake Oyetunji working very hard to open new doors for popular acceptance of Jazz in highbrow residences like Banana Island.

The SIL team was particular about delivering on its promises as it meticulously executed every item on its agenda starting from appearance at the appearance at Industry Nite. The Satchmo’s Jazz show hit home with a bang at its flagship show at the Oriental Hotel in Victoria Island where all the foreign and Nigerian artistes on the bill were on parade.

At 3:00am when Carlo Rossi and the Organic Jam mounted the stage, enthusiastic members of the audience who reveled in the ambience were still excited to listen and dance to the pulsating fusion from the band which featured a lady, Elizabeth, on the saxophone. But Nigeria had an answer to her skill in the person of Phebean who equally demonstrated dexterity on the wind instrument. Talking about saxophonists, Sax Tee also gave a good account of himself.

The other musicians Norman Brown, Rick Braun and Nigeria’s Femi Leye made every session very enjoyable and rewarding to guests, all the way to the after-party at Velvet Lounge in Victoria Island.

Ajayi told this reporter that what he has taken away from the event is that no matter how good a product is, you have to tell people about it. He said he was driven to organise the show based on his conviction that Jazz has certain qualities and appeal.

“When we started, we never realised how seriously Jazz as a form of music has been forgotten by Nigerians. We thought bringing in good Jazz musicians would be enough. We now know that we have to grow the music again by sensitising and educating Nigerians on the joys of Jazz.”

Wasiu Ayinde Presents New Album at Industry Nite
It was the first time that the popular entertainment platform, Industry Nite anchored by Mathew Ohio would welcome a musician who performs an indigenous genre. The choice of leading Fuji musician, Wasiu Ayinde Anifowoshe, better known as KWAM 1 or K1 the Ultimate was well informed.
Fuji music ranks with Afrobeat as the two varieties of music with an undeniable Nigerian root and identity.

A well-travelled and exposed artiste, Wasiu welcomed the opportunity as a move towards doing the right things in the music industry. He said in advanced countries of the world, platforms like Industry Nite were used to adjudge musicians who had a hold on their craft.

“We are not organised at all. Anybody does as he pleases. People organise awards without a clear criteria. We don’t know how many records we sell. With Industry Nite, perhaps, we are beginning to do things the right way. As an artiste who has travelled round the world and performed at festivals, I am privileged to be presented before you at Industry Nite. This is how it is done in advanced countries, when a musician is presented before his fans and various stakeholders.”

The show at Oriental Hotel, Victoria Island, Lagos was anchored by Olisa Adibua and Teju Babyface and attracted the likes of Oba Saheed Elegushi, Prince Segun Oniru, Shina Peller, proprietor of Quilox Night Club and the Deputy Speaker of the Lagos State House of Assembly witnessed the presentation of Wasiu’s latest album, ‘Let the Music Flow’.

Copies of the 14-track album were distributed free to the audience. The artiste later performed four tracks, while enjoining his patrons to support artistes not minding whether if they were related or not. He posed a rhetoric question, “why would you pay N2.5 million or N5 million for a table at entertainment events? The reality before many rich people today is this, you send your children to acquire degrees and they later insist on playing music. Don’t wait for your son or brother before you can support good music. It could be your turn tomorrow.”
Before he came on stage at 2:05am, supporting acts like Ouepeller, Vector, 9ice, Adekunle Gold and Base One had entertained the crowd.

Online with SWAG
SWAG, Nigeria’s authentic and fastest-growing online neighbourhood for the cool and trendy was formally launched with panache and fanfare at the NYSC Orientation Camp, Iyana Ipaja, Lagos State, over the weekend.
Swag – www.swag.ng which has been positioned as Nigeria’s leading online community enables members to socialise, chat amongst themselves, shine, let loose, live easy, and have access to regular news and updates on the issues and events they cherish.

Committed to making life better for members, SWAG will also have regular sweepstakes and exciting prizes to give away regularly.
For a start SWAG is giving away star-prize of a brand new KIA Rio car, and consolation prizes of headphones, tabs, phones, and smart watches, in promotional draws approved by regulators, for early members of the fast-growing online community.

Commenting on the emergence of SWAG, Business Development Executive, Pearl Minimah stated that there has emerged an increased need for people to share their lives more easily, immediately and widely, more than ever before.

According to her, today’s lifestyle which has become less planned and more immediate has made a community like SWAG more desirable for the discerning Nigerian, to facilitate their lives.

With its array of offerings, which differentiates it from other social sites, SWAG is positioned to be the one-stop destination for social communication and brand engagement for forward-looking brands.

With Jazz Concert, Lagos Positions for Entertainment Hub
This year’s International Jazz Day opened a new vista in the annals of government’s engagement with the entertainment sector. Governor Akinwunmi Ambode raised the bar by rallying notable stakeholders including promoters and artistes for a first-of-its-kind concert at State House, Alausa.

While the entire month of April is now generally observed as Jazz Appreciation Month, April 30 has been designated International Jazz Day by the United Nations Educational and Scientific Organisation (UNESCO).
Darey Art-Alade who co-host the event with comedian Gbenga Adeyinka 1, opened the exhilarating night with a rendition of Louis Armstrong’s all-time classic, ‘What a Wonderful World’. Saxophonist, Herbert Kunle Ajayi followed with a thrilling performance.

In quick succession, Bassist Bright Gain came after him. The highpoint of his performance was an invitation to flutist, Tee Mac Iseli who joined him on stage. Thereafter sharing the performance space became the norm, as international percussionist and two-time Grammy winner, Lekan Babalola who performed with the Eko Brass Band also brought on stage veteran artiste, Jimi Solanke.

When Donald Duke and his band were brought, not a few were surprised as they were not on the line-up of artistes. They nonetheless kept an open mind. Launching into a repertoire of sing-along popular tunes of the 70s and 80s, Duke was well applauded, but he over-stretched his performance and it was only out of courtesy for his status that he was not hurried off stage.

Grammy award winner, Kirk Whalum who said he had a seven-year stint with the late Whiney Houston highlighted his show with a rendition of ‘I Will Always Love You’ made popular by Houston.

Nigeria’s masked musician, Lagbaja expectedly created so much excitement with his performance. He also asked Yinka Davies to join him in rendering his hit, ‘Never Far Away’. His performance was so stirring that he was prevailed upon for an encore.

Before the string of performances, Ambode had announced Lagos was gradually emerging as the true capital of arts, tourism and entertainment in Africa. He said, “This musical show is a continuation of our promise to Lagosians that we will use tourism, hospitality, entertainment and the arts as well as sports to create jobs and opportunities for our people and to position Lagos State as a destination with rich entertainment content.

“We also want to use today’s event to identify with every musician here today, from far and near and to use their God-given talents and creativity to announce to the world that Lagos is the true capital of arts and entertainment in Africa and that Lagos is in tune with the rest of the world.” 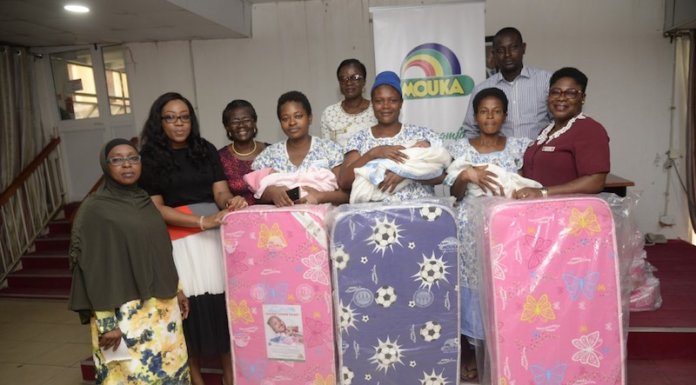