Today, in Kogi State, the name Smart Adeyemi has become a household name, not only in politics but also someone, whose contributions in journalism as a former President of Nigeria Union of Journalists improved the image of the profession.

Before and after last year’s governorship election in Kogi State, there was intense pressure on the former Senator to defect from PDP to APC, as various interest groups called on him and the need for him to join the winning party, especially when it became obvious that the PDP was losing grounds in the state.

Among the groups were politicians from the ‘Smart Adeyemi Political Family’. The politicians, under Kogi West Progressive Group (KWPG), had asked Adeyemi to defect to the APC, citing the fact that PDP leaders worked against him during the general election as reason for the call.

“The meeting was attended by over 200 political associates and followers of Senator Adeyemi, including past and present council and party chairmen and executive members, councillors, special advisers, senior special assistants and opinion and community leaders from across the seven local governments in Kogi West Senatorial District.

“The meeting examined, among other things, the eight years of Senator Adeyemi in the Senate, his representation/achievements and juxtaposed same with past and present representatives at that level, the PDP-led government in the state in the last 12 years (2003-2015), the political future of the group and of Kogi West and the state.”

The group’s leaders claimed Adeyemi’s defection would be in tandem with the wind of change in the state, which led to APC’s victory during the governorship poll through the Audu/Faleke ticket.
“The group noted with satisfaction its decision to support the more promising and reliable Audu/Faleke candidature in the last governorship election that gave victory to the APC, the first time another party other than the PDP will win a general election fairly in the district since 1999,” it said.

Another group, Kogi West Progressive Group also appealed to Adeyemi to as matter of urgency, take a critical look at his continuous membership of the Peoples Democratic Party (PDP) and consider renouncing same in the interest of the people of Kogi West.

In their communique signed by Honourable Sadi Uba Inuwa and four others at the end of their meeting held in Iyara, they added that since politics is all about physical and human development, his continued stay in the PDP which has not fulfilled their people’s aspiration has become tenuous.

According to them, they were satisfied with Adeyemi’s eight years representation in the state as his performance as seen in his contributions to the proceedings of the House at plenary and committees are second to none.

“Senator Adeyemi’s loss in the last senatorial election would appear to be with the connivance of some PDP elite with the opposition. His loss at the tribunal was intriguing; re-runs were ordered in similar cases in the Kogi State Central and Eastern Senatorial District, but Senator Adeyemi’s case was turned down! The group believes that he has won in God and people’s court,” it stated.

The group, therefore, appealed to him to remain in active politics and be focused, adding that his services are needed at this crucial and critical stage of their political development as he remains a pillar of strength for the downtrodden, who believe in his leadership.

They also claimed to be satisfied with its decision to support the more promising and reliable Audu/Faleke candidature in the last governorship election in the state, which gave victory to the APC, the first time that another party other than the PDP won a general election fairly in the district since 1999.

And finally, he succumbed to the pressures from his people and left the PDP for the APC.
Briefing newsmen in Abuja during his defection done in company with Senators Abu Ibrahim, Olubunmi Adetunmbi, and other APC big wigs, he said he was defecting because the PDP in his opinion failed to keep its promises to his people.

Adeyemi, who fought all the way to the Supreme Court against Senator Dino Melaye, has urged his supporters to follow suit en masse. According to Adeyemi, who made the declaration at his Maitama, Abuja residence, his decision to defect to APC was because politics was essentially local. He therefore had no choice than to bow to the pressure of his people to leave the PDP. He said his defection had nothing to do with survival politics but that Nigeria’s future is brighter under Buhari.

Apart from Senators Olubunmi Adetunmbi and Abu Ibrahim (a staunch ally of Buhari), the declaration was also attended by Chief J.B. Arojojoye and his other supporters from Kogi West.

“After due consultations with both local and national leaders across my state and the nation, we have come to the realisation that we have to take a major decision in the best interest of our people. Politics is essentially local. Therefore, in the light of the sincerity and commitment of President Muhammadu Buhari, his strength of character and support of eminent personalities such as Chief Olusegun Obasanjo, the leader of men, Asiwaju Ahmed Bola Tinubu and the support of the leadership of the ruling party towards the reconstruction of the socio-economic fabrics of our nation, we have decided to defect to the All Progressives Congress (APC) today, being the 8th of April, 2016 by the grace of Almighty God.

“We hereby urge all our supporters and patriotic Nigerians to support the effect of a new socio-economic order of this administration,” he said.
Last Saturday, Adeyemi was in Iyara, his home town in Ijumu local government area of Kogi State to formerly register as APC member, where he was given his APC membership card. Among those who graced the occasion were Chief James Faleke and many APC supporters from Kogi West and East.

Addressing his supporters, Adeyemi promised to always be ready to represent his constituency whenever his services were needed. He advised his people to work for the success of the party and give total support to the administration of President Buhari, adding that the President would do his best to move the country forward.

Meanwhile, some political big wigs, who spoke to THISDAY on the development, said it was a good move for Adeyemi to join the APC, because according to them, the way and manner he lost the senatorial election was an indication that some forces in PDP worked against him and that his eight years in the Senate was a blessing to the state and his constituency in particular.

Some political stakeholders in the state were of the belief that his coming to APC would bring more dividends of democracy to Kogi West and the state in general because of his connections and contact with other politicians across the country. The occasion was witnessed by thousands of his supporters. 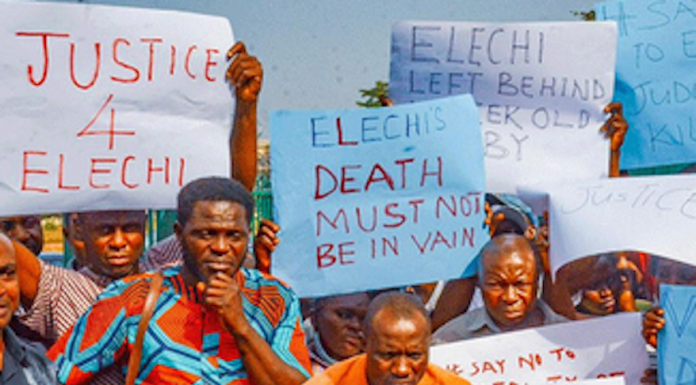