Bond yields climbed by 0.6 per cent last week as the market continued to price in tighter liquidity and higher interest rate expectation into valuation.

This is expected to continue to impact positioning decisions of investors in the fixed income securities market this week.

However, last week, sentiment in the bonds market was mixed but broadly bearish. Average yield across benchmark bonds rose 0.1 per cent from the preceding Friday’s close of 12 per cent to 12.1 per cent at the end of last Monday’s trading session. Also, last Tuesday, average yields on benchmark bonds rose 0.9 per cent with increased activity noticed on the FGN MAR 2036 instrument as it was added as a 20Y Tenor benchmark. But yields moderated 0.4 per cent to 12.6 per cent as investors positioned in bargain opportunities, eventually settling at the same level on Friday.

The Finance Minister, Mrs. Kemi Adeosun, gave the assurance to bond holders, in response to enquiries by THISDAY. This followed concerns raised by a lot of bond holders after Thursday’s announcement by the federal government that it would not make deductions from states’ Federation Account allocations for the month of March on their restructured loans so as to allow them pay their workers’ salaries.

Adeosun, who made the announcement at the end of a meeting of the National Economic Council (NEC) had said the decision to stop the deductions was informed by the fact that states do not have enough resources to meet their obligations.

But the move was not well received by some investors in fixed income instruments such as commercial banks, pension fund administrators and some multilateral institutions, who felt that the Irrevocable Standing Payment Orders (ISPOs), which was the primary comfort for them to purchase the securities was being tampered with. Some even expressed disappointment that the federal government did not carry them along before such decision was arrived at.

However, Adeosun stressed that all the bonds would be redeemed as at when due.

According to her, “the bond holders are getting paid. The Federal Government of Nigeria is bearing the burden as in many cases as it is owing states.”

States that desire to raise funds from the bond market are required to execute an ISPO, which must be approved by the Honourable Minister of Finance mandating the Office of the Accountant General of the Federation (OAGF) to, on a monthly basis, deduct and remit pension contributions and funds for the redemption of the debt obligation of the state.

According to a report by Afrinvest West Africa Limited, financial system liquidity remained at low levels throughout last week.  At the start of the week, system liquidity level hovered around the preceding Friday’s closing levels, consequently, the open buy back (OBB) and overnight rates remained at four per cent and 4.6 per cent respectively. On the other hand, activities in the treasury bills market were mixed last week.

“We associate the increase in stop rates to higher interest rate expectation by investors. As a result, the market reacted as average treasury bills rate rose 0.6 per cent to 8.7 per cent by the end of Thursday’s trading session, eventually closing at 8.6 per cent on Friday.

“In the week ahead, we expect money market rates to trend upward in the earlier trading sessions of the week as banks’ provision for forex but will decline towards the week’s end as get refunds for unfulfilled bids at the forex intervention auction as well as expected inflow of N96.4 billion worth maturing open market operation (OMO) bills on Thursday,” the Afrinvest report added.

Presently, the CBN is still unable to adequately meet dollar demands as it continues to refund banks for huge volume of unfulfilled bids at the weekly forex auctions.

As a result of this, the impact of the forex unavailability is being felt across sectors especially the petroleum sector as difficulties with importation of refined crude continues to adversely affect economic output. Liquidity in the financial system has also been fluctuating widely with a feedback on market rates.

However, speculative pressures remained relatively passive in the forex market, hence the stability in exchange rates at all segments of the forex market, though the wide spread between the official rate and parallel market rate remains.

“We expect that the relative calmness in the foreign exchange market will continue in the week ahead. Although, the comprehensive details of the Yuan/Naira currency deal remains unavailable, we believe completion of the transaction has the potential of reducing the dollar demand pressure especially for imports from China. This is likely to rein in speculative pressures in the forex  market in the interim,” they added. 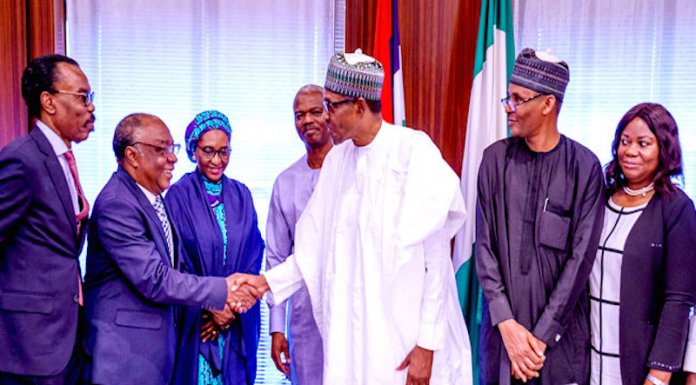