Policemen attached to Ajah Police Station in Lagos have arrested one Ndifreke Femi, a 30-year-mother of two, for allegedly stabbing her neighbour, Ayomide Ayenuwa to death.

The deceased, a 28-year-old part time student, was stabbed to death at Femi’s block 109 Ikota Housing Estate residence, at the Ajah area of the state.

Ayenuwa met his untimely death when he want to Femi’s apartment next door
to settle his monthly electricity bill.

He however met Mr. and Mrs Femi embroiled in a domestic scuffle  and when he tried to settle the couple, the suspect was said to have rushed into the kitchen, brought out a kitchen knife, which she allegedly used to stab him in the neck.

Despite frantic efforts of other neighbours to save his life by rushing him to the hospital, he died from the loss of too much blood.

One of the neighbours identified as James Peter said, ” That fateful day, at about 5pm, Ayenuwa went to Mr and Mrs Femi’s apartment to pay his electricity bills.

“However, when he got to their room, he saw the husband and wife quarrelling. Ndifreke was accusing her husband of stealing the N20,000 she hid under their mattress.

“Since the husband denied the allegation, she then fought him. It was that scenario that Ayenuwa walked into and tried to mediate.

“Ayenuwa made efforts to settle the quarrelling couple but they kept fighting each other. Ayenuwa appealed to Ndifreke to take the matter easy but she descended on Ayenuwa and started calling him names.

“Moreover, Ndifreke’s husband had maintained that he had nothing to do with the disappearance of his wife’s money.

“Depite all entreaties  made by Ayenuwa to appease Ndifreke, she sadly turned her anger on Ayenuwa and   started abusing him  to mind his business . That was how Ayenuwa tried to leave the couple to their troubles.

“As he was walking away, Ndifreke ran into the kitchen and brought out a kitchen knife which she used to stab Ayenuwa on his neck from behind.
MORE TO FOLLOW 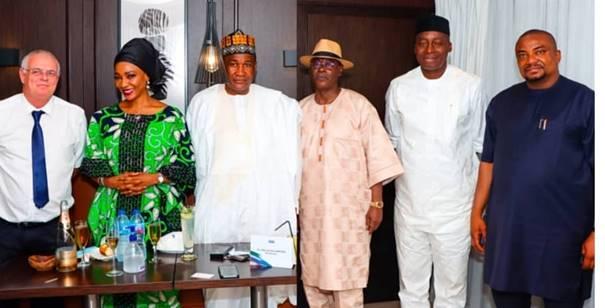