Former president, Goodluck Jonathan yesterday touched on some of the legacies of his administration while speaking to Friends of Africa Coalition on “Strengthening Democracy and Elections” at the mayor’s office in Newark, New Jersey, United States.

Speaking to the elite group, Jonathan said the 2015 general elections in Nigeria had potential for major crisis and that the campaigns leading to the elections almost polarised the country into Christian v Muslims and North v South divide.

The former president said that most world leaders were worried that the elections would result into major crisis.

“Some pundits even from here in the United States said that those elections would spell the end of Nigeria and that we would cease to exist as a nation because of the polls. That is where the leadership question comes into play.

“As a leader that was duly elected by the people, I considered the people’s interest first. How do I manage my people to avoid killings and destruction of properties? With the interest of the people propelling all the decisions I took, we were able to sail through. Indeed, we sailed through because I refused to interfere with the independence of the Independent National Electoral Commission, INEC, having appointed a man I had never met in my life to run it.

“My philosophy was simple. For elections to be credible, I as a leader, must value the process more than the product of the process. And the citizens must have confidence in the electoral body,” he said.

Jonathan said his strict adherence to the rule of the law ensured that Nigeria’s peace, prosperity and progress were not derailed by the conduct and results of the 2015 elections.

“These are but a few of the parameters that illustrate some of the economic transformations we engineered during my term in office.”

The former president said this success was made possible by the fact that there was a stable political leadership in Nigeria that did not have to pander to any other constituency except the electorate who brought him to power.

Jonathan also argued that if the process that brought leaders to power “did not flow through the people, they naturally administered their governments to first and foremost serve the constituencies that brought them to power.”

Jonathan also met with the CEO of Moskeeto Armor, Robin R. Crespo and his team as part of events leading up to the World Malaria Day on April 25th, 2016.

Moskeeto Armor manufactures clothing to protect against malaria, the zika virus, Denue and other vector-borne diseases.

It was successfully clinically field-tested in Nigeria in 2014.

The Goodluck Jonathan Foundation is partnering with Moskeeto Armor to protect African children against malaria and other vector-borne diseases.

“The simple principle of ‘Love your neighbour as you love yourself’ lays a foundation of commitment to protecting nations,” said Jonathan during the meeting with Moskeeto Armor.

Continuing, he said “these crises caused by such small insects, transmitting these deadly diseases, have devastated so many lives across Africa and the world, but with one just as small idea, there is hope for a better tomorrow.” 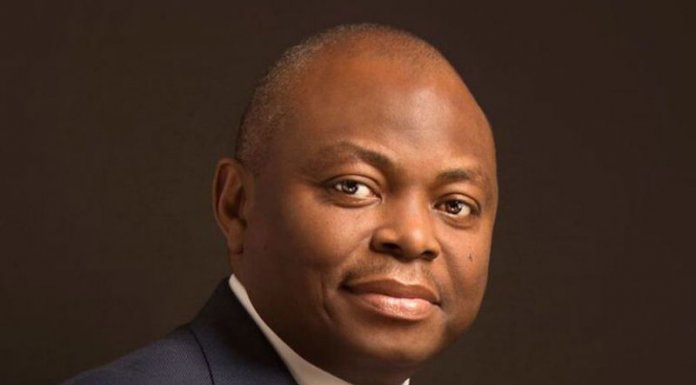