E go beta. This Nigerian phrase, meaning “it will get better”, equates to a survival strategy in a country where life for the majority can prove back-breakingly hard. Several songs produced by Nigerian musicians in the past decade evoke the saying. Some connect it to the tribulations of daily life in a country bursting with resources but broken by the powerful who have squandered or stolen them.

In his 2010 version, rapper eLDee describes the frustration with the government’s failure to provide basics: water, electricity, education and fuel. “It’s been about 50 years of this struggle, been a long time we been on this hustle,” he croons by candlelight in the video. “This kind system, e no sustainable, it is not sustainable.”

The effect of the crude oil price crash proves the wisdom of a statement that was easier to ignore when oil was above $100 a barrel. Then, at least some Nigerians — many of them elected officials — grew rich, leading the masses to hang on to the belief that their country is a land of opportunity where “e go beta”. With oil at about $40 a barrel, the feeling that the party is over is palpable.

It was never much of a party for ordinary Nigerians who, as eLDee sings, sat on the sidelines and in slums, some dying of preventable diseases or in childbirth as politicians lined their pockets. Two years after almost 300 schoolgirls were kidnapped in the North-east of the country by Boko Haram militants, most are still missing — though a video released by the Islamist group last week appears to show that 15 are alive. Parents marched in Abuja to demand greater action to find their daughters.

The possibility of upward mobility was easier to believe when gross domestic product growth was near 7 per cent; it is expected to slow to 2.3 per cent this year, according to the International Monetary Fund (IMF).

An assistant at a clothing store in a Lagos mall says the “e go beta” attitude means Nigerians “keep striving — but at the end nothing is done because everyone just keeps forging ahead instead of speaking up and demanding the government delivers”.

“We are putting up with too much here,” she says.
Another mall worker says the ability of the population to cope “allows the government to cheat us”, leaving citizens fending for themselves.

President Muhammadu Buhari beat incumbent Goodluck Jonathan in elections a year ago by arguing that the system was not sustainable. He promised change — particularly in improving security and fighting corruption — and he never said it would come easily.

But the pain feels particularly acute these days. Food and fuel prices have shot up. Last week, minibus drivers in Lagos doubled their fares because of fuel shortages — in Africa’s leading oil exporter — caused by a scarcity of dollars. Soaring inflation and a dramatic slowdown in business activity have led to accusations that the president has been slow to share his plans to fix the ailing economy — and that on some points he is plain wrong. His view that further devaluation would amount to having the naira “killed” is criticised for being out of touch with reality, as businesses are forced to buy dollars on the black market at a rate about 40 per cent higher than the official one.

The effect is felt across board. A young actress I meet in a grocery store in the upper-middle-class Lagos neighbourhood of Lekki says she has been paid only half of of what she was promised for a week of filming on a Nollywood movie because production costs were driven up by the price of black-market fuel. The director told the cast to “bear with him”.

“Our belief that we’ll ride through any challenges and come out of it is typically Nigerian, but we just don’t know where things are headed,” says another shopper, who is cutting her grocery bills to pay school fees. “All signs suggest this will last because oil prices are down and the leadership is not dealing with economic issues.”

Many, however, are still willing to give Mr. Buhari the benefit of the doubt. “There’s a segment that still feels the current administration is trying to fix the mess of the past,” says Wale Olusi, an analyst at Afrinvest, an investment banking firm in Lagos.
Besides, he adds: “Nigerians are resilient.” 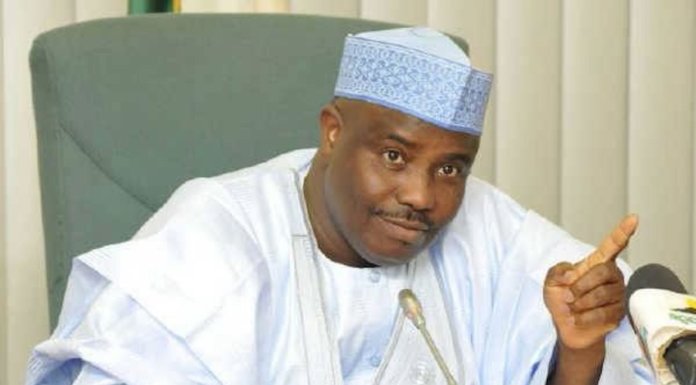