The Economic and Financial Crimes Commission, (EFCC) has denied media reports, which suggested that the commission decorated the Deputy Senate President, Ike Ekwerenmadu as anti-graft Ambassador.

EFCC said in a statement signed by its spokesperson, Wilson Uwujaren, that the purported decoration carried out by the ‎EFCC National Assembly Liaison Officer, Suleiman Bakari, was not supported by the EFCC management as claimed.

According to Uwujaren, ‎Bakari’s action is way beyond his mandate as a liaison officer, as the EFCC management did not instruct him to decorate Ekwerenmadu or any other person.

“EFCC totally dissociates itself from the purported action of Sulaiman Bakari as he acted entirely on his own. He clearly acted outside his brief as a liaison officer as the management of the Commission at no time mandated him to decorate Ekweremadu or any officer of the National Assembly as Anti- Corruption Ambassador,” he said.

Uwujaren added that the statutory mandate of the EFCC is the investigation and prosecution of all economic and financial crimes cases, which does not include the decoration of individuals as anti- corruption ambassadors.

T”he Commission is not in the habit of awarding titles to individuals. And those enamoured of titles, knows the quarters to approach for such honours, not the EFCC‎,” he said.
MORE TO FOLLOW 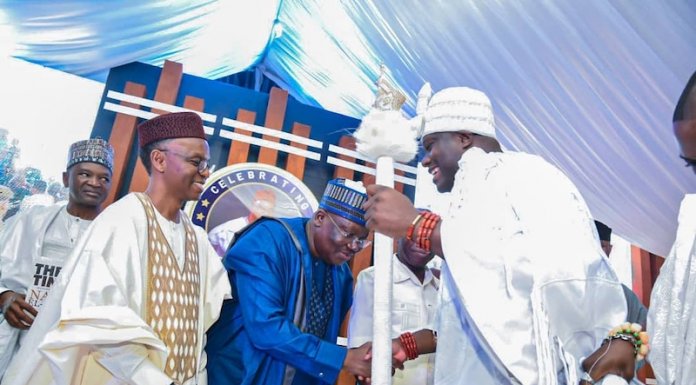