By Goddy Egene and Eromosele Abiodun

It was another bearish week for investors in the Nigerian equities market as the market remained southwards despite renewed interest in notable banking counters. Some traders believe last week’s performance was probably in response to potential delisting of Nigeria from MSCI index.

At the close of trades, the NSE All-Share Index and market capitalisation depreciated by 2.40 per cent to close the week at 24,719.27 and N8.503 trillion respectively.

Similarly, all other Indices finished lower during the week, with the exception of the NSE Premium Index, NSE ASeM Index, NSE Banking Index, NSE Insurance Index and the NSE Pension Index that rose by 0.45 per cent, 0.38 per cent, 0.31 per cent, 1.86 per cent and 0.55 per cent respectively.

The previous week, the market had closed lower shedding 0.70 per cent  driven predominately by sell offs in the industrial sector, which closed down 1.50 per cent.

Reacting to the performance last week, analysts stated that the market’s performance and the level of activity may not be unconnected to the lack of positive news flow.

“Going forward, we expect the market to remain low in the immediate.  However, we are optimistic in the medium to long term on expectation of better fiscal management, the administration’s capital expenditure spending and social intervention programmes. As such, we advise investors with a medium to long term horizon to take advantage of the depressed price levels and building positions in quality names,”  analysts at Investment One Limited, said.

Trading had resumed on a weak note last Monday as the ASI went  down 2.68 per cent with the mark down of Dangote Cement Plc stocks for dividend. Dangote Cement Plc, Nigerian Breweries Plc and Zenith Bank Plc closed in the red cancelling out the gains in Flour Mills Plc, AXA Mansard Insurance Plc and NASCON  Allied Industries Plc. The day’s session saw a new low in terms of market turnover with value of trade closing at N750 million, corresponding to volume of trade of over 225million units. A further breakdown of activity indicated that Equity Assurance Plc and FCMB Group were the most traded stocks with about 44 million and 28million units trade each.

On Tuesday, the Nigerian bourse recorded a marginal loss of 0.04 per cent as rebound in banking stocks toward the end of trading day rescued the index from a heavy fall. The ASI index ended the day at 24,639.48 points having declined  as low as 24,567.72 points during intraday. Negative close in Dangote Cement Plc, United Bank for Africa Plc  and ETI Plc, cancelled out gains in Zenith Bank Plc, Guaranty Trust Bank Plc and FBN Holdings Plc driving the index to a negative close with market capitalisation staying  at N8.47 trillion. With depressed price level after  Monday’s heavy fall serving as incentive for investors, volume and value of trade were up by 29 per cent and 54 per cent each as investors’ staked N1.15 billion on over 290 million units of shares in 3,440 deals. Equity Assurance Plc and FCMB Group maintained their position as the most traded stocks with about 59 million and 39 million units trade each.

The market ended Wednesday’s session almost flat,  shedding 0.01 per cent as increased interest in key banking stocks boost the performance of the index. The ASI closed the session at 24,637.91 points, corresponding to market capitalisation of N8.48 trillion. Gains in Guaranty Trust Bank Plc, Nigerian Breweries Plc and Zenith Bank Plc were offset by losses in Nestle Nigeria Plc, Access Bank Plc and Moil Nigeria Plc, contracting the index by almost 2 points. Market activity declined from the previous day’s level with volume and value traded fell by 44 per cent and  12 per cent respectively, to end the session at about 162 million units and N1.024 billion respectively. Zenith Bank Plc and Transcorp Plc emerged toast of investors on the day with over 23 million and 18 million units trade respectively.

At the close of business on Thursday, major sub-sector indices closed positive as the Nigerian bourse halt a five consecutive days of bearish run. The ASI gained 0.44 per cent, ending the day’s session at 24,746.16 points corresponding to market capitalisation of N8.5trillion. Banking and Industrial tickers Guaranty Trust Bank Plc, Zenith Bank Plc and Lafarge Africa Plc drove the index to a positive close, cancelling out losses in Sterling Bank Plc, UACN Plc and FBN Holdings Plc.  Activity level trended upwards with volume and value of trade advancing by 67 per cent and 57 per cent to end the session at about 272 million units of shares and N1.61billion respectively.

However, the  market closed negative last Friday reversing the previous day’s bullish run. The benchmark ASI ended the session at 24,79.27 points, down by 0.11 per cent, corresponding to market capitalisation of N8.5trillion. Bearish sentiment towards the stocks of PZ Cussons Plc and Conoil Plc was largely responsible for the day’s negative close, wiping off gains in Seplat Plc, UACN Plc. Nonetheless, activity level was up by 61 per cent and 73 per cent as volume and value of trade ended the session at about 437million units and N2.78 billion respectively. A breakdown of trading activities indicated that UBA Plc and Guaranty Trust Bank Plc saw the biggest volume of trade with about 250million and 42million units each.

During the week under review, a turnover of 8.054 billion shares worth N13.328 billion in 15,212 deals were traded by investors on the floor of the Exchange in contrast to a total of 1.111 billion shares valued at N6.201 billion that exchanged hands the previous week in 15,315 deals.

The Financial Services Industry led the activity chart with 7.890 billion shares valued at N10.807 billion traded in 9,730 deals, thus contributing 97.96 per cent and 81.09 per cent to the total equity turnover volume and value respectively.

Trading in Wema Bank Plc, United Bank For Africa Plc and Guaranty Trust Bank Plc  accounted for 7.133 billion shares worth N8.954 billion in 2,364 deals, contributing 88.56 per cent and 67.18 per cent to the total equity turnover volume and value respectively. 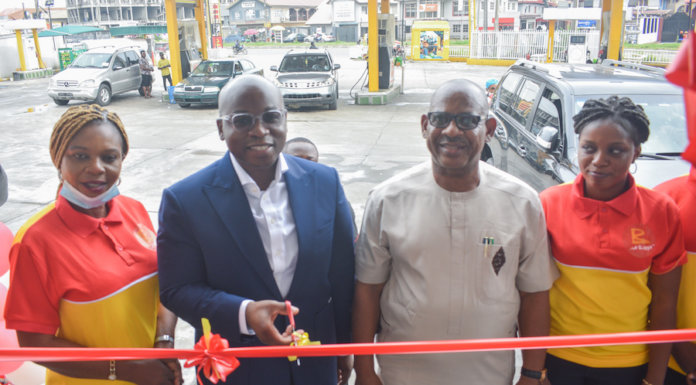