Almost one year after assuming office, Muhammadu Buhari should take charge of his administration instead of shifting blame

These are not the best of times for most Nigerians. Workers are owed salaries for several months, even as petrol and electricity supply have become essential commodities at a time unbearable heat. The cost of living is skyrocketing as prices of commodities shoot through the roof. And to compound the situation, the Nigeria Labour Congress (NLC) has warned that unless the federal government moves fast with concrete measures, it would embark on a strike to protest the worsening condition of Nigerians. Labour’s threat ought to be a wake-up call for President Muhammadu Buhari.

In the last 10 months, the handling of the economy by this administration has been suspect and the evidence of lack of success is apparent. With the value of the national currency at N320 to the US Dollar it is no wonder that inflation has galloped to 12.8 per cent, according to the latest consumer price index (CPI) figures released by the National Bureau of Statistics (NBS). Also, our growth rate is now at an all-time low of 2.3% even as capacity utilisation fell to 50.69% while unemployment rate climbed up to 9.9%. Meanwhile, there seems to be more investment outflow than inflow in spite of the president’s several trips abroad.

The impact of the poor performance of the economy has been real. Besides that many government workers are owed several months’ salaries in many states of the federation, the massive shortage of foreign exchange has circumscribed capacity utilisation in the private sector, leading to job losses. At the federal level, Nigerians were told last week by the Secretary to the Government of the Federation that it has resorted to borrowing to pay workers’ salary every month. As for the generality of the people, their challenges have been compounded by sustained power cuts and perennial shortage of petrol.

It is therefore little surprise that public discontent is high even though the peoples reaction has been temperate, a situation that is now threatening to boil over with the threat from labour. Unfortunately, President Buhari and his men have been half-hearted in their response as they tell the people daily to hold the past administration responsible for their plight.
This attitude of blaming the past for the sufferings of today ought to be weather-beaten by now, given the fact that this administration ha spent almost one year in the saddle. For if former President Goodluck Jonathan had performed creditably, the 2015 presidential election would have had a different outcome and President Buhari would not be in office today.

Although the Buhari administration inherited an economy that ran into a storm because of the falling price of oil, which is the main revenue earner of the nation, the substantive challenge it is faced with is how to pull the nation out of the woods. That being the case, the Buhari administration needs to rise above the vicissitudes of what it inherited and brace up for the challenges of reviving the economy.

For us, moaning about the past cannot be a solution to the current problems. We believe the Jonathan administration lost the 2015 general election because the electorate felt it did not do well. Having been so punished by the electorate, this administration cannot persist in stating the obvious as a defence for its own non-performance.

President Buhari and his team should therefore sit up and lay out the concrete measures they intend to take to revive the economy and end the sufferings of Nigerians who have been short-changed for far too long. It is time the president and his team took responsibility for the state of affairs in Nigeria. 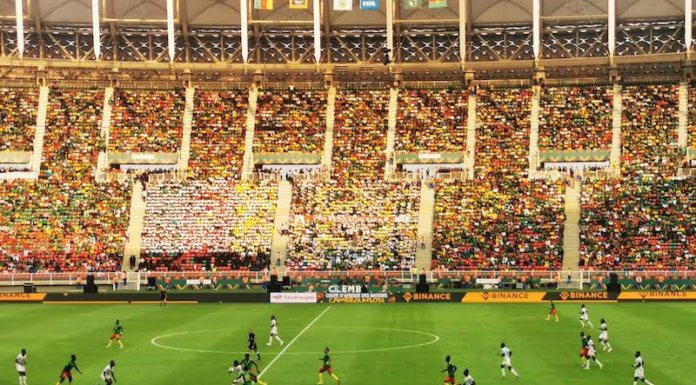