The Governor of the Central Bank of Nigeria (CBN), Godwin Emefiele, has said the economy would experience a boom by the end of 2018 just as he hinted of a hike in interest rate by May this year at the monetary policy committee (MPC) of the apex bank following the inflation rate that has galloped to 12.4 per cent from 11.8 per cent.

Emefiele, who made this prediction yesterday at the closing press briefing by the Nigerian delegation, noted that the economy was currently going through a structural reforms and now attracting a series of investments that would translate to a major recovery in about two years.

The briefing was jointly held by the Ministry of Finance and CBN at the end of the 2016 spring meetings of the IMF-World Bank.

According to him, “Basically, the issue is how the country would respond to the challenges that we are facing right now. Other than the area of investment in infrastructure, one other area has to do with structural reforms which have been suggested. These reforms had worked in the South Eastern Asian countries like Malaysia, India, Indonesia, Bangladesh and that is why growth from these areas have remained fairly very strong.

“Diversification of the economy is an issue here that have been proposed as part of the structural reforms, particularly oil export producing countries should be looking at. I must say here that I am glad that Nigeria is taking the issues of diversification from oil very seriously.

“Recently, we have seen people coming to talk about investing in agriculture in Nigeria. About two weeks ago I inspected a 16,000 hectares sugar cane farm as well as a milling and refining facilities in Niger State. We have Nigerian investors looking at investing in fertilizer. So the biggest fertilizer plant in the world will be in Nigeria. We believe that over time and hopefully around the middle of early 2018 or the end of 2018, the pressure that the demand   for some from these final products, the pressure that places on reserve and CBN will be substantially reduced and I think with that we can see the green light at the end of the tunnel.”

Emefiele noted that it would be difficult not  to have a high interest rate when inflation is rising, adding however that, the CBN would intervene to ensure the effect of the high interest does not affect productivity and ultimately prices.

He said: “The inflation rate is at 12.4 per cent in the month of March and if the policy rate is at 12per cent, it is not in our economic model to pursue if the policy rate is lower than the inflation rate , that is negative real interest rate, we can do that. Inferentially, what I’m trying to say is that, it would be difficult for you to run away from a fairly high interest rate in an environment of rising inflation.

“But in any case, I had also underscored that the Central Bank of Nigeria in line with the development finance objective will continue to provide intervention to some of the target sector of the country, like agriculture, mining and some of the real sector of the economy that will help engender growth and improve productivity and when productivity improves, naturally, what you will find out is that prices would come down and that will positively impact on inflation, that is exactly what we are talking about. I’m optimistic that will work and eventually Nigeria will have a cause to smile.”

The CBN governor threw more light on the currency swap with China and took time to highlight the benefit derivable from the deal.

He explained: “On the Swap, we have been holding discussions with the People’s Bank of China about the Swap arrangements which entails using of  Yuan (Chinese money) transaction between Nigeria and China.  At the meeting what we did was to sign a mandate agreement between the Central Bank of Nigeria and Industrial and Commercial Bank of China, which is the biggest in the world to act as our agent in concluding the consummation of the transaction.

“The benefits are two-fold:  It affords Nigerian importers the opportunity to open letters of credit using Renminbi as a currency rather than using the Dollar. As you know, in 2015, Nigeria net import between Nigeria and China is about $15 billion. The benefit with the arrangement makes it easier for you to make your transaction in Chinese currency which put less pressure on you looking for dollars to carry out your trade transactions in China.

“Also, China has appointed South Africa as its trading hub for Southern Africa countries, while Kenya will represent East African Countries and the mandate we signed is for Nigeria to be appointed as the trading hub in the West African Sub-region. In all, it put less pressure and we expect it is going to be mutually beneficial and eventually, we will be talking to China about importing some of its own items from Nigeria so that the trading  balance can be reduced. Will Nigeria benefit from this? I want to say Nigeria will benefit from it and put less pressure on the dollar and reserve.”

Minister of Finance, Kemi Adeosun, clarified that in broadening the tax base, the federal government would emphasise on compliance initially and may later consider increase in value added tax (VAT), which is now at 5 per cent next year.

She also clarified her statement that ‘Nigerian economy is not sick.’

According to her, “We are not saying that as a country we don’t have challenges. We recognize those challenges and we are facing them, what we do is to take responsibility for  providing  solutions to our problems. That comment was made in respect of a non-Nigerian guy who said ‘Nigeria is in a mess’, I take an exception to anybody saying that. Fine we have our challenges and we are not the only country in the global economy that have economy challenges. But we have the  diagnosis of our problems, the country is adjusting and people are going through  very tough adjustment in their personal  finances and government is going through technical adjustment on how it spends her money and trying to be more efficient in spending, how revenues are coming, trying to block leakages. 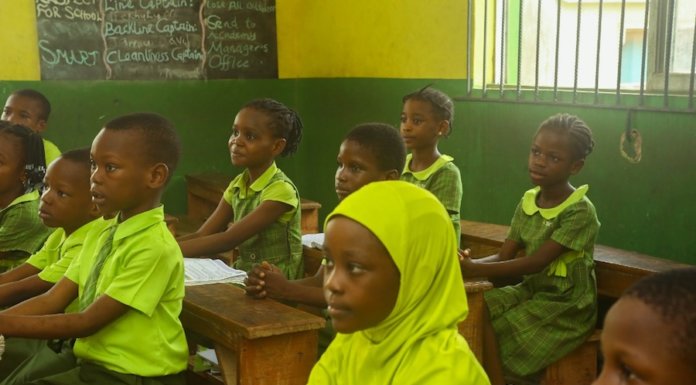