Chairman and CEO of Kohl Engineering Ltd and ZEEK Group of Companies Ltd, Chief Ezekiel Ainabe, who turns 70 tomorrow, tells Uchechukwu Nnaike and Chris Asika how fulfilled and healthy he is, as he ages gracefully

Some men are born with silver spoons, but for a man like Chief Ezekiel Ainabe, the Chairman and CEO of Kohl Engineering Ltd and ZEEK Group of Companies Ltd, despite his humble beginning, he changed the course of his existence through the dint of hard work, resilience, doggedness and diligence.

Born of Pa John Obeke Ainabe, a religious man, and Madam Oyibo Ainabe, on April 18, 1945 at Ojuelen, Ekpoma (in then Bendel State), Ainabe attended St. Marks Anglican Primary School and St. Peters Anglican Secondary School between 1955 and 1963 at Ojuelen, Ekpoma. He was known to be a brilliant student and this went with a lot of leadership responsibilities at that time.

Between 1966 and 1970, he also attended Western Boys High School, Benin where he completed his secondary education and from 1972 to 1974, he bagged his diploma in salesmanship from the University of Manchester, United Kingdom. He obtained his MBA from Syracuse University, New York (1980) and has attended various courses and seminars at home and abroad.

Ainabe was not privileged to stay long in formal educational institutions, but he groomed himself through self-efforts, private studies and extensive reading. After his education at various levels, he started his petroleum salesmanship as a petrol pump attendant in Kaduna metropolis in 1972.

He joined the oil companies early in life; he was privileged to work with Shell and Mobil Petroleum companies and rose in their ranks at different times. He grew so rapidly and steadily that it was no surprise that he became the owner of a flourishing petroleum distribution trade at the age of 30; from there he diversified into other businesses like communications, maritime, property and construction.

Recounting his journey so far in life, he said: “Life has treated me wonderfully well, first of all I am healthy, I am aware that at 70, some people are not able to move around, or even climb a staircase. But as for me I can even climb a 12-storey building without any support, again I am happy that my family is in good order; over the years, we never had any case of separation.

“I have been able to carry everybody along with me; that is very good for me. I have also been able to bring up my children in the way that God wants me to do it; they are all foreign educated with not less than a master’s degree each. Out of the eight children I have, five are married and three are yet to marry.

“I have got about 12 grandchildren, five daughters-in-law, so I am blessed and they are all doing well respectively in their chosen vocations and by the grace of God I have got lots of good friends in the society that I am proud to have as associates. We have a large family that is very popular in my place in Edo State.”

Ainabe is also noted for his philanthropy, which was borne out of his desire to ensure that no promising human asset is allowed to waste due to financial constraints. He has awarded over 25 secondary schools and university scholarships to indigent students in Nigeria, excluding members of his immediate family, all done in the spirit of love and patriotism and not with the hope of personal direct returns on investment.

As a result of his benevolence, he was considered by the Newport University, Newport Beach, California, USA for the award of a Doctorate Degree of Law (Honoris Causa) on January 25, 1989.
In his letter to Ainabe, the president of the university said “this unique insignia of international recognition is for Ainabe’s outstanding performance in the field of human and general wellbeing to his people of Nigeria.”

His philanthropy and sense of humility and contributions to the development of his immediate environment, which include provision of job opportunities for several people in his companies and elsewhere; building of town hall for the Ekpoma community; building of assembly hall for his local grammar school and many more, compelled the traditional ruler of his town in Ekpoma, Headquarters of Okpebho Local Government Area of former Bendel State, now Edo State to confer a chieftaincy title of Ojomo of Ekpoma Land on him sometime in 1984.

The need for extension of his philanthropic gestures also propelled him to join the prestigious Rotary Club and he became the president of the Rotary Club of Apapa in 1992/93 and has since been one of the pillars of the club where he was awarded the Paul Haris Fellow, a generous philanthropist in the pursuit of the ideals of the organisation that it happened that Apapa club was chartered as a number three club in the district 9110, behind the Rotary Club of Lagos.

Ainabe’s fame extends beyond business and the Rotary Club. He is a consummate member of the Anglican Communion; a Knight of the church and a benefactor in countless ways. He built and donated an impressive institution/seminary for the training of priests in his hometown, named after him – Ezekiel School of Theology. His gesture also extended to the Catholic Diocese of Uromi, which he gave a 400 x 400 piece of land as a donation. 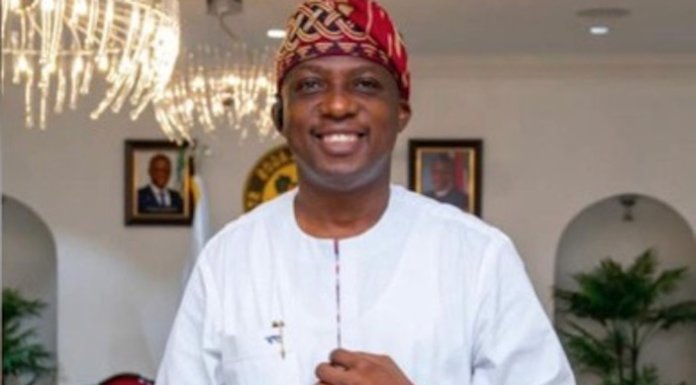