Christopher Isiguzo in Enugu
The maiden Enugu Investment Summit kicked off yesterday with an array of prospective investors from Europe, Asia and other African countries showing serious presence, even as most speakers, including Minister of Power, Works and Housing, Babatunde Fashola and renowned banker, Tony Elumelu, canvassing for South-east economic integration.

The three-day summit with the theme: ‘Beyond Oil: Fostering Inclusive Economic Growth and Sustainable Development’, which kicked off at the Michael Okpara Square, Enugu, attracted foreign and local investors,  Consul General of the Embassy of France in Nigeria, Laurent Polonceaux; the Nigerian Director of a French Group known as Proparco, Olivier Follin; the Irish Ambassador to Nigeria, Mr. Sean Hoy, as well as director of an Irish organisation, Sustainable Food Systems Ireland.

Others were members of a conglomerate made up of Chinese, Singaporeans and Nigerians known as Fit Consult/Yuanda Group, including Mr. Wang Yijun of Yuanda Group, Chief Loretta Aniagolu; Mr. Wang Xingjun, Mr. Jiang Xin, Mr. Ronnie Tan all of the Yuanda, Mr. Paschal Dozie of MTN, Samuel Onyeishi of Peace Mass Transit, Ugochukwu Chime of ECCIMA, among others.

In a keynote address at the event, Elumelu said there was need for governors of the five South-east states to harmonise economic policies in order to attract the much-needed investments to the zone.

“There ought to be medium-term economic focus for eastern Nigeria. The zone must think alike. As we speak, there should be a railway connecting Enugu and other states in the zone. The zone must be able to take advantage of its comparative advantage over other zones. The market is there for you to take. With coal in Enugu, and markets in Nnewi, Onitsha, Aba, Abakaliki, you just need to sit together and provide the support that private sector needs,” he satated

While expressing hopes that the session would go beyond just talking, Elumelu said before massive investments would take place, it is necessary for the enabling environment to be put in place which would include attractive incentives devoid of multiple taxation.

“The zone must leverage on its competitive advantage. Ghana is now a regional hub because they set the right incentives. We must focus on technical and vocational training. Stop building stadia and invest in more valuable ventures. We must make laws that help give enabling environment like harmonisation of taxes against multiple taxation. Wealthy Igbo People should invest in industry and infrastructure, train young people and forget about having fat bank accounts.

“The gathering is not an end but means to an end. Governor  Ifeanyi Ugwuanyi of Enugu State should occupy his place in history by rallying his colleagues to achieve the much needed economic integration for the zone. This is the commencement of a new paradigm in economic integration in Nigeria. By the time you get a wider eastern market, you will see other parts of Nigeria keying into this initiative,” he said,  while pledging to attract investments to the state.

On his part, the Minister of Power, Works and Housing, Babatunde Fashola, who was represented by Mr. Ayo Gbeleyi, said while the state was shopping for foreign investors, it was also necessary for the local investors to be carried along,  describing them as more “dependable partners at all times.”
He said: “The most important investor for your private-public partnership (PPP) is the home investor. While it is helpful to attract and secure the big multi-billion naira investor, they are usually not many enough to create the inclusion that you need. It is the small business that are most important.

“Barbers, pepper grinders, food processors, beer parlors, small food joints, markets and shopping complex, schools, small clinics, dentists, diagnostic centres , petrol stations, pharmacies, etc.
“The list is long and they are your most important partners in securing inclusion through a vibrant economy built on public, private, people partnership. They are the wheels that will drive ‘Oganiru’,” he noted.

In his remarks before declaring the summit open, Ugwuanyi said the theme of the event amply reflects the compelling need for deliberate policy shifts that would enable us as a nation, to recover quickly from the crushing effects of the current developments in the oil market (upon which we had depended for so long) and open up new and even more profitable and sustainable pedestals for rapid economic development.

“Being mindful of this undisputable fact, I had, in my inaugural address, made a firm promise to do whatever would be necessary and within our means, to turn the present economic challenges facing the nation into huge blessings for Enugu State. I did in fact state that, if former President Franklin Roosevelt could lead America out of the great depression, and if President Barack Obama could lead Americans out of the economic melt-down, we can do the same for Enugu State,” he said.

According to him, upon assumption of office last year, it was discovered that unlike their predecessors who enjoyed access to excess crude funds, they had less to work with hence the resort to demand for bailouts from the federal government.

“It was therefore instantly clear to us that we needed to think outside the box if we must survive just like our founding fathers in the old Eastern region who developed and relied on palm and other agricultural produce to build key infrastructure and other social amenities in the region. We knew that we only needed to view the current situation as another great opportunity to look inwards and harness those potentials which free oil money had blinded us from exploiting all the while,” Ogwuanyi said.

He said the summit, which is the first in the history of the state, was conceived by the committee with the aim of showcasing to investors around the world, the massive but virtually untapped economic potential that abound in Enugu State.

“I am indeed proud that  this historic event is happening under my watch as the governor of the state and with less than five months to the silver jubilee of the state.
The summit, according to him offers an opportunity for investors from all over the world to come to the state and observe the potential canvassed in very clear details.

“It is our expectation that the key outcomes from this summit would include opportunities for joint venture or outright acquisition through public-private-partnership, privatisation and commercialisation of some state-owned enterprises. Indeed as I speak, over 17 potentially lucrative state-owned companies and industries dealing in diverse areas of business and production, have already been listed for commercialisation or privatisation,” he said. 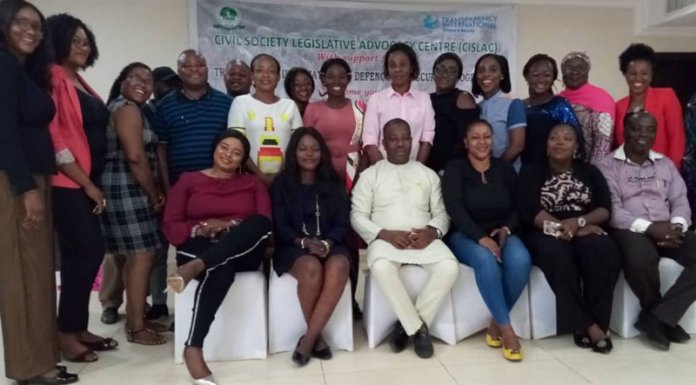