Ejiofor Alike and Obinna Chima with agency report
Brent crude prices rose to a four-month high monday as a rally in wider commodities markets encouraged buying ahead of a meeting of oil producers in Doha, the capital of Qatar, next Sunday. The meeting is aimed at freezing current output levels.

According to Reuters and the News Agency of Nigeria (NAN), Brent crude futures, the global benchmark, were up 92 cents at $42.86 a barrel, having touched a session high of $43.06, the highest level since December 7.
The gains build on last week’s rally, when crude rose 6 per cent in one session on the back of a drop in the rig count of U.S. drillers to its lowest since November 2009.

“All commodities are going up. It could be (investors) buying into dips every now and then as people are looking for opportunities to get long,” Natixis commodity strategist Abhishek Deshpande said.

Gold prices also touched their highest level in almost three weeks, while silver and platinum were up more than 2 per cent.

A weaker U.S. dollar gave impetus to buyers as commodities priced in the currency became cheaper to purchase.
Oil traders continued to place hopes on the oil producers’ meeting to prop up crude prices that have been severely depressed by a global supply glut.

But analysts at Goldman Sachs, who expect oil to average $35 a barrel in the second quarter, cautioned that the outcome of the meeting in Qatar could prove bearish for the market.

Last week, many oil market speculators agreed with a more bearish outlook as data from the InterContinentalExchange (ICE) showed that net long positions on Brent had been cut to 355,225 contracts in the week to April 5.
However, analysts are forecasting firmer demand for oil over the longer term.

Researchers at Bernstein expect global oil demand to increase at a mean annual rate of 1.4 per cent between 2016 and 2020, compared with annual growth of 1.1 per cent over the past decade.

“We expect oil markets to rebalance by the end of 2016. This will allow prices to recover towards the marginal cost of $60 per barrel,” Bernstein said.

Bernstein added that it expects global demand to reach 101.1 million bpd by 2020, from the current 94.6 million bpd.

Meanwhile, the World Bank monday lowered its 2016 sub-Saharan African growth forecast to 3.3 per cent from a previous forecast of 4.4 per cent in October, citing plunging global commodity prices.

It however said a projected uptick in economic activities in the continent next year would be driven by economic powerhouses Nigeria, South Africa and Angola as commodity prices stabilise.

The Bank said the commodity price rout, particularly for oil which fell 67 per cent from June 2014 to December 2015, as well as weak global growth were behind the region’s lacklustre performance.

“Overall, growth is projected to pick up in 2017-2018 to 4.5 per cent,” the World Bank said in a statement.
According to Reuters, Nigeria and Angola are the continent’s top two crude oil exporters whose economies have suffered as a result of sharply lower crude prices, while South Africa was also hit by lower platinum, iron ore and coal prices.

“There were some bright spots where growth continued to be robust such as in Cote d’Ivoire, which saw a favourable policy environment and rising investment, as well as oil importers such as Kenya, Rwanda and Tanzania,” the World Bank said

In addition, the multilateral institution said it expects its non-market rate lending to top $43 billion in the current fiscal year as developing countries face economic headwinds, bringing its total for the past four years to more than $150 billion.

The multilateral lender said its International Bank for Reconstruction and Development (IBRD) and International Development Association (IDA) divisions were on pace to exceed the combined $42.4 billion reached in the fiscal year ended July 1, 2015.

“We are in a global economy where growth is expected to remain weak, so it is critically important that the World Bank plays its traditional role of helping developing countries accelerate growth,” World Bank Group President Jim Yong Kim said.

In February, the World Bank signed a deal with Peru for $2.5 billion in credit lines to help the Andean copper and gold exporter cope with lower global commodity prices and budget pressures. The bank is also in talks with oil exporter Nigeria on loans tied to policy reforms.

“The use of these types of loans are important because the Bank is basically signalling to the financial markets that a country’s actions are technically solid, the country will follow through on these commitments and the reforms will help and not hurt the poor and vulnerable,” Kim said. 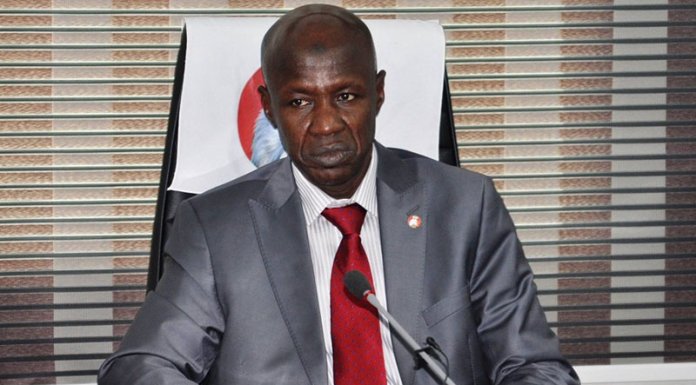