Inadequate funding by states and their agencies, intense competition, deregulation, liberalisation and agitation for privatisation have impacted on the revenues generated by airlines worldwide and slowed the growth of the air transport sector.

The Director General of the Nigerian Civil Aviation Authority (NCAA), Captain Muhtar Usman, made this known in Abuja at the weekend and said the policies adopted by different countries about two and a half decades ago to withdraw investment in airlines and airport facilities led to record of losses and low profits by airlines.

Delivering a paper titled: ‘Acts of Promoting and Sustaining Air Transport Economy while maintaining high level of Aviation Safety Standards,’ at the Airport Business Summit and Expo in Abuja, Usman said human and cargo traffic at many airports have also dwindled with declining purchasing power of passengers and shippers.

According to him, “On the other hand, the cost of providing standard air transport services has continued to rise with the continuous innovations in the facilities and increasing demand for customer satisfaction, as a result, most airlines presently are faced with high and rising cost of operation.”

The NCAA boss noted that in Nigeria, for instance, aviation fuel constitutes 40-50 per cent of the airlines’ direct operating costs, adding that high cost of funds and the steady devaluation of the local currency in which the airlines’ income is mostly denominated, against the foreign currencies on which their major expenses are based, and many others, no doubt, aggravate the challenge.

Within the period in reference, he said a lot of small and average airlines around the world have either collapsed or gone bankrupt, while most, if not all the world’s major airlines have recorded losses or sharp falls in profit.

He remarked however that one of the few areas in which significant performances have been recorded is the operation of low-cost airlines, which have benefitted from a shift to cheaper travel because they use smaller and more fuel-efficient aircraft and extend their networks to small and remote aerodromes, thus taking their operations to the grassroots and aiding the distribution of goods and services to, as well as the development of the hinterlands.

Usman disclosed that the big challenge at the moment for Nigeria and many other countries was creating a friendlier and more enabling environment for airlines and indeed other economic activities to flourish and hence ensure a sustainable air transport industry.

He listed the country’s challenge to include the continuing attempt, mainly by the political leadership, to “domesticate” the global minimal standards and recommended practices that sustain aviation worldwide in a way to align with Nigeria’s local politics and local economic minima.

During the inspection, the Managing Director of the Federal Airports Authority of Nigeria (FAAN), Suleh Dunoma, explained to him that the new international terminals being constructed simultaneously in Lagos, Abuja, Port Harcourt, Kano and Enugu would increase capacity and improve passenger facilitation.

Dunoma said: “In the past 12 years, passenger traffic at the airports increased from 4.4 milion to 15 million per annum and FAAN is expanding its capacity to accommodate envisaged growth.

He described Aliu as an icon who has positively impacted the aviation globally emphasising that his policy of “No country left behind “ has addressed the challenges faced by the sector especially in developing countries. 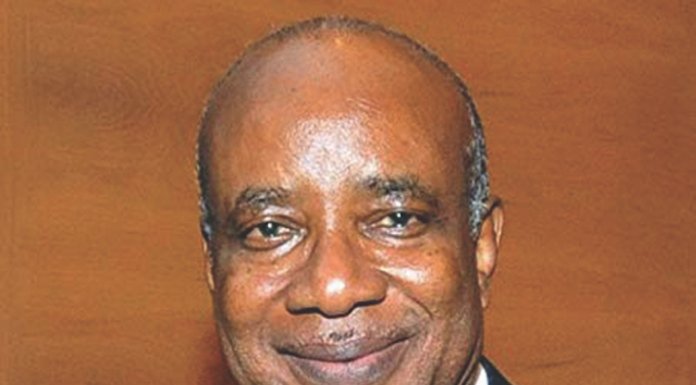