The Economic and Financial Crime Commission (EFCC) has been asked to desist from illegal arrests and detention of innocent persons based on fictitious petitions until it has conducted thorough investigations to establish the authenticity of accusations.
The warning came on the heels of last week’s arrest and detention of the former managing director of the Petroleum Products Pricing and Marketing Company, Mrs. Esther Ogbue-Nnamdi by the EFCC. She has since been released.

Her arrest was described by a political group: Young Professionals Alliance for Change based in Delta State as illegal, unacceptable and at variance with both the EFCC Act and the 1999 Constitution; as amended.
In a statement issued yesterday, titled: ‘EFCC: How Not to Fight Corruption’, the group said the arrest of Ogbue-Nnamdi and the ransacking of her office and residence were based on a fictitious petition written by some desperate contractors who believe that her due-process adherence at the PPMC has deprived them of opportunity to carry out business as usual.

The group noted: “We know as a matter of fact that EFCC, in the performance of its functions, depends partially on petitions submitted to it by members of the public. We also know that EFCC operates under a law that authorises it to investigate such petitions before arresting and prosecuting the accused. Unfortunately in recent times, EFCC has been operating in reverse order.
“The anti-graft agency is now best known for arresting suspects and detaining them even before carrying out any form of investigation. And when this is done, the exaggerated story of the arrest is immediately released to the media while the accused is instantly branded guilty.”

It stated that the principal reason for the arrest of Ogbue-Nnamdi was due to what it described as “the falsehood” contained in the petition that she built and furnished a N1.2 billion mansion in Maitama within two months.
“This is absolutely untrue because it is on record that the building in question is the official residence of the accused rented for her by the PPMC. It is not her personal property,” it revealed

It stated further, “one would have expected the EFCC, on receiving the petition, to take steps and cross-check with the appropriate agencies of government, including the Federal Housing Authority, the ownership of the property. This was not done.
“It is not our duty to interfere in whatever the EFCC does but we owe a duty to Nigerians and this administration to ensure that only the right thing is done. EFCC must not be desperate to make news. It must be desperate to do what is right in line with the law establishing it and in line with the 1999 Constitution.”

It stated that arresting and detaining innocent people before carrying out the required investigation was wrong and unacceptable.
“It is wrong to assume that anybody who serves in public office is a thief. In this country, we still have some patriotic citizens who value their names and professional ethics more than illegal wealth. From records available to us, Mrs. Ogbue-Nnamdi is one of such Nigerians.

“Without doubt, some of the people behind this distracting petition are the real fraudsters who should be a subject of EFCC investigation. Our position is that EFCC should first investigate petitions before carrying out arrest. That is the lawful thing to do; in line with global best practices,” the statement added.

The group disclosed that the on-going anti-corruption crusade initiated and spearheaded by President Muhammadu Buhari deserves support from every Nigerian because “suddenly, Nigeria has gained a better standing in the comity of nations. In addition, the billions of naira so far recovered and others still coming will surely stimulate the economy and create employment opportunities for Nigerians.

“However, as a group that totally supports this administration and particularly the anti-corruption crusade, we have noted sadly, the unguarded desperation by the Economic and Financial Crime Commission (EFCC) in the execution of the mandate given it by the Nigerian people.”
It concluded that “this is not how to fight corruption. Such approach is not only absurd and unacceptable; it is at variance to the EFCC Act, and of course, the 1999 Constitution (as amended).” 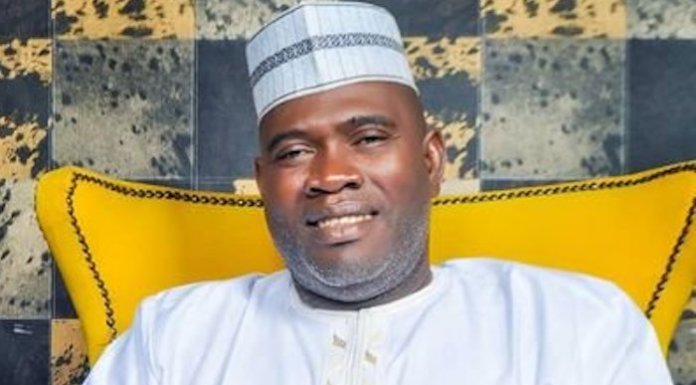