The All Progressives Congress (APC) Bayelsa state chapter has suspended the former governor of the state and its gubernatorial candidate in the last governorship election, Chief Timipre Silva.

Silva and the leadership of the state executive of the party led by Chief Timipa Orunimighe have been embroiled in a face-off over nominations for federal appointments allocated to the state, with the latteraccusing the ex-governor of selling the slots to the highest bidder.

Orunimighe and other members of the state executive last week brought the complaint before the National Chairman of APC, Chief John Odigie-Oyegun who asked the warring parties to hold their peace and allow the party use its internal conflict resolution mechanisms to try to resolve the dispute.

However, in a statement issued on Saturday and signed by Orunimighe and the state secretary, Comrade Daniel Marlin, the state chapter of the party said: “After due consultations with relevant stakeholders and elders in the state, the Bayelsa state executive committee at an emergency meeting today took the painful but necessary decision to suspend our flag-bearer in the 2015 governorship election, Chief Timipre Sylva pending the investigation of the following cases brought against him.”

The main reason given for the suspension of Silva is anti-party activities.
The statement said: “We have it on good record Timipre Sylva, last week Tuesday, precisely, paid a clandestine visit to one of the south-south governors of the PDP, This is just one of the series of correspondences between them and we find it grossly unbecoming.

“This is in direct breach of Article 21, under ‘Offences’ in the party constitution which states in section 2, ‘Anti-Party activities or any conduct, which is likely to embarrass or have adverse effect on the party or bring the party into hatred, contempt, ridicule or disrepute’ is punishable.

“Attempts to Form a parallel executive. This is in complete defiance of Article 21, under offences which states, ‘Factionalization or creating parallel party organs at any level’ is punishable by the extremists of means.

Other offences of Silva include alleged antics and behaviour that tended to betray the present posture of Buhari’s regime on the cardinal virtues of honesty, sincerity and transparency.”
MORE TO FOLLOW

A Nigerian Pop Star Finds Success in the US, On His Own Terms 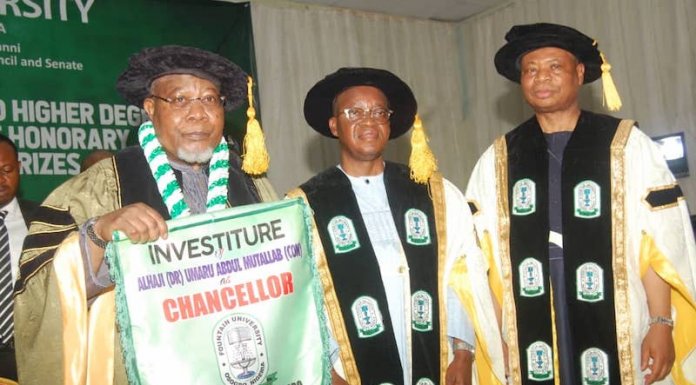