A member of the seventh House of Representatives, Hon Bamidele Faparusi, has described as a threat to national security, a statement credited to Governor Ayodele Fayose claiming that the missing Chibok Girls was a mere fabrication to defeat former President Goodluck Jonathan during the 2015 presidential poll.

Faparusi, a chieftain of the All Progressives Congress (APC), said Fayose had just insulted the parents of the missing girls and the entire Nigerians, who bore the burden of the catastrophic event and held the unflagging belief that these wards were actually abducted.

Faparusi called on the security agencies to invite the governor for questioning, saying the statement allegedly emanating from him has the tendency of undermining the security of the country.

Fayose made the statement in Ado Ekiti on Wednesday while declaring open a two-day workshop organised by a non-governmental organised on the platform of Women Arise for Change Initiative.

The governor at the forum claimed that the declaration that the girls were missing was a political gimmick geared towards making Jonathan looks vulnerable and incapable of governing the country, the mission he said the opposition had accomplished with President Muhammadu
Buhari’s victory.

Faparusi in a statement yesterday, said it stands logic on its head for Fayose to come out two years after the embarrassing abduction that shook the nation to its foundation had occurred to give this startling and mind-boggling allegation.

He asked that when suddenly did the governor come about this theory, when he had earlier issued a statement condemning President Buhari for not rescuing the missing girls after 90 days he assumed office, in consonance with his electioneering promises.

The former lawmaker called on President Buhari and other security agencies not to despair in their search for the over 200 missing students of Government Secondary School, Chibok, Borno State, saying they must refuse to be dissuaded by Fayose’s ‘inflammable’ comment.

“The governor of Borno State, Alhaji Kashim Shettima and the then President Goodluck Jonathan met severally and came to conclusion that these children were abducted. Even during the one year anniversary of the abduction in 2015, their parents cried uncontrollably in the presence of the whole world.

“The world renowned activist, Malala came to Nigeria to visit Dr
Goodluck Jonathan and begged that these children must be recovered.
The country’s security agencies did their own independent investigation and believed that these children were abducted. Where then did our governor get his own information?

“Even after the abduction, some of these girls escaped and later reunited with their families when Dr Jonathan was still in the saddle. Could it be inferred here that the former President who is also a member of Fayose’s party, had lied against his own administration?

“This diversionary tendencies of our leaders have not helped the situation. Even the governor has criticised President Buhari for failing to recover the girls after three months in the saddle. When did he suddenly realise that nothing was missing?

“This was a breach of security. This statement has the capacity to undermine the security apparatuses of our dear nation and cause us global embarrassment because Nigeria had pleaded with international community to help recover these girls.”
He appealed to Fayose to see himself as a leader and refrain from politicising all issues, particularly those that border on the security of the country. 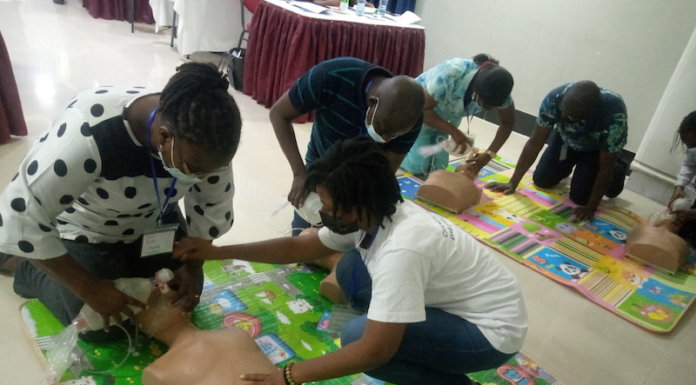