Over three years after he was booted out by ex-President Goodluck Jonathan, a former Inspector General of Police, Suleiman Abba’s revelation that he was sacked because he refused play ball and do the Jonathan administration’s bidding has raised issues that question his motives, writes Olaseni Durojaiye

A former Inspector General of Police, Suleiman Abba, last week came off his closet and enlisted among actors revving up the political momentum in the political ahead of the 2019 election with what many considered curious and ill-timed revelations. In fairness to him, some of his latest assertions are no news. Yet, even his staunchest supporters hauled flaks at him on the score of what his motives were and the timeliness or otherwise of his contentious outbursts.

In a move akin to trying to work the ghost of a long dead issue back to life, Abba, criticised his sack by the administration of former President Goodluck Jonathan more three years ago, and barely a year to another general election in the country.

According to him, his sacking in 2015 had nothing to do with professional misconduct or the discharge of his job but about his refusal to deploy police personnel to work for the victory of the former administration.

He had disclosed in an interview: “One of the leading stalwarts in the PDP then said to me: ‘IG – you know I was acting then – deliver Osun to us and we will confirm you quickly.’ I was shocked. That was when I knew that I may not last long in the office.

“Immediately, I said to myself, ‘How could I deliver when I am not an electorate? The voters are the ones to deliver. My own was to protect the whole process.’ Of course, I said to myself that what happened to one of my predecessors (may his soul rest in peace), Adamu Suleiman, was going to happen to me, maybe I would never be confirmed. He was Inspector General of Police and till he left office, he was not confirmed.”

And when prodded for clarification if he meant himself or the force, he added, “I said the Nigeria Police. I didn’t say Suleiman Abba. It was the action of the police that made them to have a change of mind and accept the results. The heroes of that election should have been the police,” he stated, knowing that he superintended over the police at the time.
Categorically stating that the Police force caused President Jonathan to accept defeat, earlier media reports had indicated that Abba was being economical with the truth and rather self-serving.

What political analysts could make of the assertion was a personal attack on former president Jonathan. Many political watchers interpreted the assertion as a queer targeted to undercut the plaudits and accolades showered on Jonathan for accepting defeat and in the process, save the nation the trauma of needless tension if he had acted otherwise.

Besides, what his critics felt, among them a former aide to Jonathan, Reno Omokri, was that the timing and motif were questionable. Those who held the view argued that the motive could not have been in national interest even as they recalled his nine months stint in office.

Interrogating his motive further, political watchers claim that it is easy to describe Abba as a champion of what was right for the polity. However, some of his iniquities while in office obliterated that description.

Contrary to the perception of an astute professional averse to being improperly influenced by the Presidency that he tried to mould and market through the interview, it was under him that the National Assembly was invaded by police personnel in an attempt to unseat then Speaker of the House of Representatives, Aminu Tambuwal, in November 2014.

In the aftermath of the widely condemned invasion, similar to the recent invasion of the National Assembly by personnel of the Department of State Services (DSS), which culminated in the sack of the agency’s Director General, Lawal Daura, he had declared without any court pronouncement Tambuwal sacked.

The conclusion that his motives were personal and a hit-back at the Jonathan administration and by extension the PDP draws plausibility when situated against the background of his controversial sack from office.

Unlike any other IGP before him, his sack was announced via Twitter. More than a few hours after it was announced by the then presidential spokesman, Reuben Abati, he was not informed, leaving him to remain in office and working for several hours after the tweet had announced his sack.

The widespread media report at the time had suggested that he was disgraced out of office. Even his associates told journalists at the time that he was disillusioned by the discourteous treatment that he received from the administration and by extension, the PDP.

Not a few notable voices in the polity criticised the Jonathan administration’s handling of his sack at the time.
Aside from that, there were those who questioned the timing of the disclosure coming barely 10 months to the general election. Those who held this viewpoint suggested that perhaps a better time to have come out was at about the time the Captain Sagir Koli audio tape that suggested military bias in the 2014 governorship election in Ekiti State was trending, adding that if he had lent his voice at the time, it would have further validated the captain’s revelations.

The timing of Abba’s revelation to some seems curious. Whatever the intention might be, those who queried the aptness of his disclosure at this time insisted it was questionable, coming more than three years after he had quit office, leading some to ask: “In whose interest is the revelation – personal or national?”

Abba’s choice of timing was also believed to have betrayed his penchant for wrong political calculation and expediency, adding that except he was intent on de-marketing the opposition party. Shortly after the 2015 presidential election, he played host to the American Ambassador to Nigeria, James Entwistle at the force headquarters during which the diplomat reportedly praised the conduct of men of the force during that poll.

Almost immediately after the visit, his media handlers amplified the sound bites from Entwistle’s accolades into a singsong across multiple media channels. The fact that all that gloating was happening at a time leading figures of the then ruling government were sulking from electoral defeat spoke volume of his sense of timeliness.

“No well-meaning statesman will make statements that would further rock the nation’s boat going to an election year given the way tension soars in the country during election year? We have enough challenges to contend with already, adding more, especially from events of over three years ago at this time smacks of insincerity. I would have hailed him if the disclosures had come within six months and one year into the lifespan of this administration,” said a former member of the House of Representatives, who spoke on the condition of anonymity.

Even with the flaks that have gone the way of the former IGP, the importance of entrenching structures that guarantee neutrality and independence of institutions of state and arms of government that are critical to deepening the nation’s democracy cannot by over-emphasised.

This is why the core message from Abba’s revelations remains putting measures in place to guarantee true independence and impartiality of institutions like the judiciary and the security agencies.

Not much can be said to have been done or be seen to have been done on the part of the current administration in that regard. Accusations by the opposition PDP and counter accusations from the ruling APC in the aftermath of the last governorship election in Ekiti State, the by-elections in Bauchi and Rivers states during which the role of security personnel were roundly condemned lend credence to this.

The same thing goes for the role of the Economic and Financial Crimes Commission (EFCC), which has over the years portrayed itself as an extension of the Presidency, especially as a tool in hounding opposition politicians. 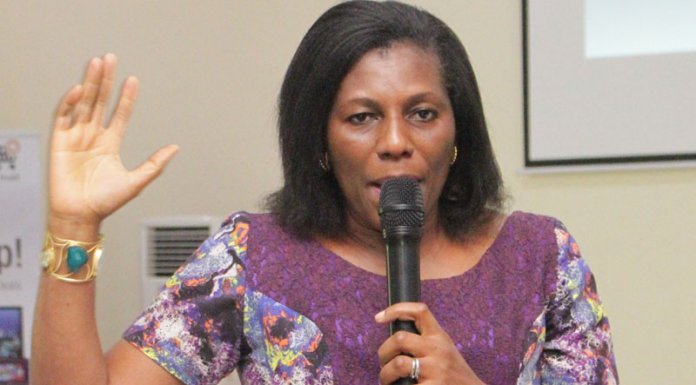