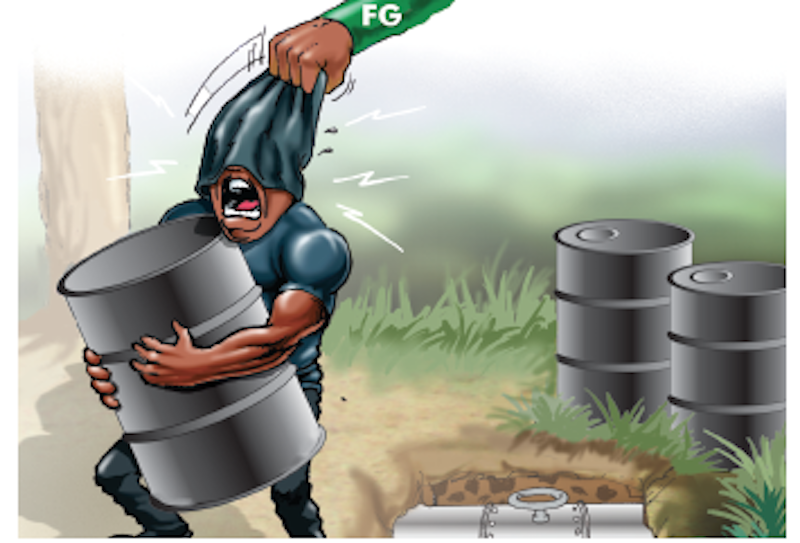 The oil pipeline surveillance firm is off to a good start

Recent approval by President Muhammadu Buhari for the Nigerian National Petroleum Company Limited (NNPCL) to engage the services of an oil pipeline surveillance firm to guard Nigeria’s oil pipeline network seems to be yielding results. Led by Government Ekpemupolo, popularly known as Tompolo, the security company, which on Tuesday also secured Senate endorsement, is now vigorously confronting a menace that has for years defied solutions. We hope it will be the beginning of ending the near industrial scale theft that has almost crippled the oil and gas sector in Nigeria.

Prior to the engagement, figures from the Nigerian Upstream Petroleum Regulatory Commission (NUPRC) had shown that Nigeria, which is yoked to a dubious subsidy regime in the downstream sector, had lost nothing less than 120 million barrels of crude oil between January and September 2022. Crude oil loss in production translates to $12.6 billion in less than a year, according to the NUPRC. It therefore came as no surprise that Nigeria’s submission to the Organisation of Oil Producing Countries (OPEC) secretariat put September crude output at 938,000 b/d, just over half its quota for the month, while total liquids production was only 1.14mn b/d. This was the magnitude of the existential economic crisis of mind-boggling proportion that necessitated seeking desperate solutions to one of the largest organised crimes targeted at the nation’s economy.

In August, despite the outrage and condemnation that greeted the announcement, the NNPCL engaged the indigenous pipeline surveillance firms to curb the glaring threat to the welfare of Nigerians. The surveillance firm, according to the NNPCL Chief Executive, Mele Kyari, has discovered 295 illegal connections to NNPC pipelines many of which have been in sabotage operations for years. Thousands of illegal refineries in the region have also been destroyed. This is in addition to the shocking arrest of those behind a 87-meter-long rogue MT Dein, with registration number L85 B9.50. At the time of arrest, this syndicate had pumped between 600 and 650 cubic metres of crude oil into five compartments of the vessel with 12 compartments from an illegal connection attached to a CNL crude pipeline in the Escravos, Warri South Local Government Area of Delta State.

Clearly, the positive outcomes shown in the reports from the NUPRC reveal a marked 8.18 per cent increase in oil production in early October to about 1,014,485 barrels per day compared with September’s production of 937,766 million barrels a day. To imagine that the country suffers such enormous revenue depletion while begging for foreign loans to finance projects is, to say the least, lamentable. It is therefore important to sustain all current efforts even while we may seek technological solutions in the long run.

However, given the rising production and the concomitant foreign exchange inflow, it is obvious that the cost of the local surveillance security outfit is justifiable having regard to the humongous amounts that would have continued to be lost to the massive theft of the nation’s crude oil resources. What the federal government needs to do, therefore, is to consolidate the gains of the past few months by ramping up the fight against the crude oil thieves, who in the words of the Minister of State for Petroleum, Timipre Sylva, are highly placed and wealthy people.

Although this massive leakage has been going on for years with all the dire implications for the environment and national economy, the situation was almost out of control before the intervention of engaging a security company. Not only must the federal government ensure that these big criminals are apprehended and brought to justice but must also ensure that steps are taken to castrate their capacity to further harm the country.