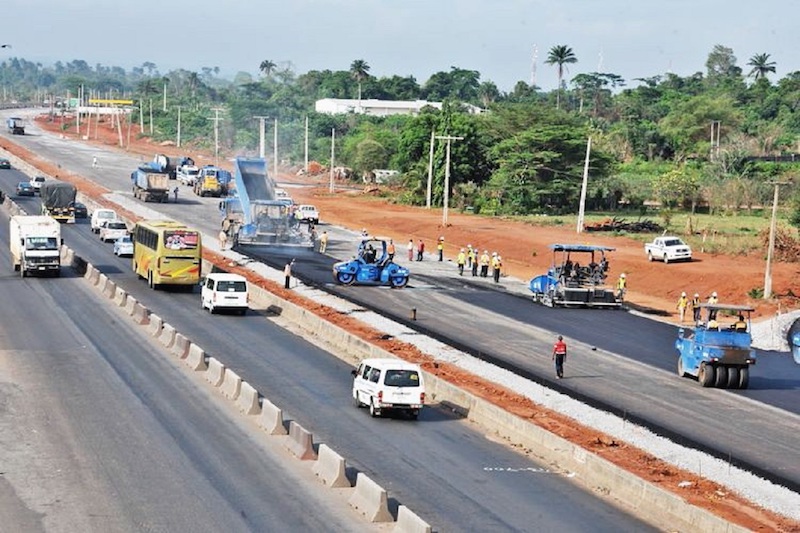 Semiu Okanlawon canvasses the need for Lagos, Ogun and Oyo State governments to ensure that the Lagos-Ibadan expressway is secured for motorists to travel on

Imagine yourself having two daughters traveling along a route and you suddenly receive information that the very direction they were headed, a kidnap incident had happened some eight hours before and that vehicles from where the hapless victims were snatched away were still left on the road, with no one knowing the fate of the captives.

That was my situation early morning of Saturday October 28th. To worsen the phobia, a call put through to them to confirm how far they had gone with their journey showed they were just some five minutes drive to the very scene of the kidnap the night before.

You could find yourself in dilemma of either calling the driver to halt the journey, make a turn and bring your children back home. But what if another danger was actually lurking on the way for return journey?

“Okay, please go ahead,” you instruct your driver and jumped on the prayer mat to tell God to take control. But don’t forget the victims of the previous hours also prayed to God too?

Two hours later, I was to learn that one of the victims of the incident was actually a kinsman known to me. That was how I got to know that Prof Adigun Agbaje, one of Nigeria’s most celebrated Political Scientists was actually in the kidnappers’ den. He was not there alone. He was captured along with some other younger persons, mostly students whom he is still sad, he could not help while leaving the camp of the devils.

I had written elsewhere that we cannot afford to allow the Lagos-Ibadan highway become another fearful story of the Abuja-Kaduna tragedy.

Today, that deadly route simply is a metaphor for the heightened level of insecurity in Nigeria and the expanding killing fields, kidnappers’ den, death traps that the roads have become.

And Nigerians can name such death traps in their respective regions of the country.

Who travels from Ilesa to Akure or to Ekiti without trepidations these days? Ado-Ekiti to Akure, Shagamu to Ore, Shagamu to Abeokuta, Ibadan to Ijebu Ode, Ogbomoso-Oyo-Ibadan and many others in the South-West all have one tale of fears.

In a post of similar narrative I made few days ago, those who saw the piece as striking the very core of what tugs at their hearts as a people came back with saddening tales of the state of affairs in their respective localities.

Indeed, I got more depressing evidence many Nigerians are suffering in loud silence and have resigned to fate.

In the North, the Zaria-Katsina-Kebbi routes, Sokoto-Kebbi, Abuja-Lokoja, Lafia-Akwanga Road, are known for crimes of all hues.

Of course, almost the entire stretch of the South-East and South-South are taken over by kidnappers with Benin-Asaba, PortHarcourt-Owerri, Aba-Onitsha, Port Harcourt-Yenagoa, Warri-Ughelli and others all have their contributions to the national statistics in highway insecurity.

Two weeks ago, a senior Surveyor in the Office of the Surveyor General of the Federation, Alamu Samsideen Abayomi, was snatched with his mother and son by kidnappers on the Lokoja-Abuja road.

Two days, later, his mother and son were let go. That was not until he had been killed in the presence of his family members. They also collected a sum of N2.3m but claimed that Abayomi struggled with them. He too, sadly, was from my hometown as Prof Agbaje.

The above simply tells you we lost the battle in many of the aforementioned routes in the country. And no one is bothered!

But we cannot afford to lose the battle for the control of Lagos-Ibadan Highway! And this is for obvious reasons.

Apart from being the busiest economic road in the South-West, this connects the nation’s hub of commerce to other parts of the country with thousands of trucks moving containers of essentials to the hinterland daily.

As at 2019, the road was estimated to have capacity to handle 250,000 passenger car unit (PCU) daily. It is also becoming home to many industrial complexes especially at the Ogun end with many factories coming up at both sides.

When you allow criminals take control of such a route, it amounts to allowing those who want the country on her kneels have their way.

And here comes my charge.

We cannot allow Lagos-Ibadan become another Kaduna-Abuja. Recent kidnap of Prof Agbaje should serve as an emergency reason for us to call on the governments of Ogun, Oyo and Lagos to put resources together to secure the highway.

How can we have forests that become totally ungoverned that terrorists and kidnappers now freely set up camps and snatching citizens and demanding ransoms?

In my opinion, constant aerial surveillance by combined efforts of these three states would make Lagos-Ibadan route safer. Indeed, a more regional approach would be required bringing states of the South-West together to make the entire region impregnable.

I have had cause to make some notes on that route, of movements I, in my personal opinion, considered suspicious and which should have attracted the attention of our security agencies.

Who else has noticed an increased population of bike men on the highway with bags stacked to their backs and moving in groups and some of them stopping in groups on the road for God-knows-what.

I’m not saying people cannot have free movements but the increasing presence of these men, many of them appearing more non-Nigerian, should raise fears. A good study of the modus operandi of terrorists in some parts of the Northern half of this country would also warn you that moving en-masse via motorbikes is a noticeable feature.

A sudden surge in the population of such should have increased interest in their destinations and locations.

I do not think it is beyond the capacity of the governments of South-West states to organize joint aerial patrol and surveillance as a way to stop the growing madness.

I recall that one of the major motives behind the acquisition of a helicopter on a wet lease agreement by the Government of Osun about 2013 was security. I also recall that once, an 80 year old businesswoman and Managing Director of Yinka Oba Foam, Mrs. Yinka Obaleye, was kidnapped in Ilesa about 2017.

The helicopter, I vividly remember, was used in trailing the kidnappers to as far as Asaba and even as the criminal changed locations, until they were frustrated to release the businesswoman.

The wife of a former Speaker of the Osun State House of Assembly was also snatched but was later rescued through the combined efforts of security operatives doing a hot chase from the air and on ground.

Today, no one is certain, activities that go on 50 metres off both sides of the highway; giving criminals ample room to plot their evil and get their targets.

Agbaje is one of our best from this part of the country and his contribution to knowledge is immense. Apart from that, why should anyone be made to go through such harrowing experience? I plead with our governors to act fast and restore the confidence of our people on that all-important route. Already, routes such as Ijebu- Ode-Ibadan, Shagamu-Abeokuta, Shagamu-Ore towards Ondo and Akure give you headaches whenever you have compelling reasons to travel through.

This is fast killing the economy of our people and this goes to the weakening of the region’s wellbeing. We cannot allow criminals to turn Lagos-Ibadan Highway into another Abuja-Kaduna route and other routes in the country that have become totally unsafe. The time to act is now!