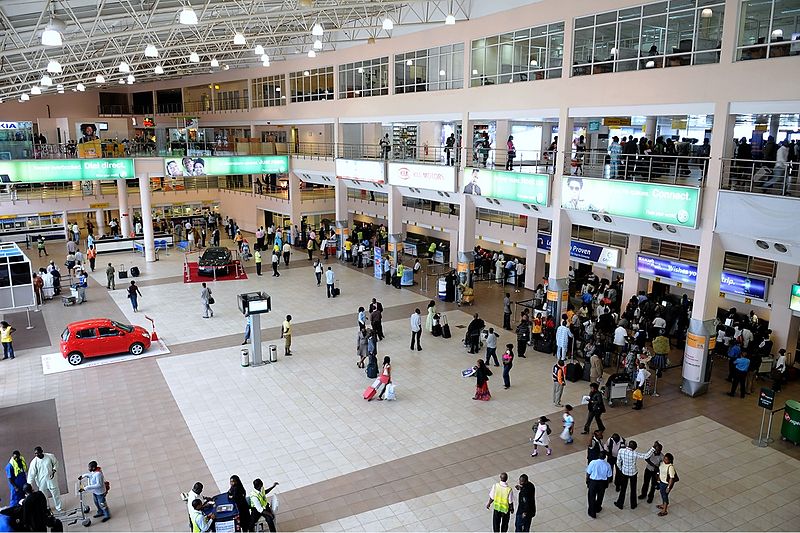 The main objective of passenger’s facilitation is to make the traveller meet all conditions required to enable him or her travel with a particular flight and also to board on time, as scheduled by the airline.

That process has become rigorous in every part of the world due to security threat. So it is not only that the airline, the handling company and the airport management would ensure that the passenger boards his flight, but care is taken to ensure that he did not board the flight with incendiary devices and other prohibited instruments or goods.

This is a global response to terrorism, including hijackers who might access the aircraft with dangerous weapons if not checkmated during facilitation.

Air travel is a sensitive means of transport because top business moguls, entrepreneurs, government officials, international diplomats and others travel by air. For these travellers to be safe, security operatives make sure that every passenger is scrutinized within short possible time.

According to the International Air Transport Association (IATA), many countries require Advance Passenger Information (API) before the flight bringing them to the country lands at their destination “Over 90 countries now require airlines to send API before the flight’s arrival. More countries are planning to introduce similar requirements in the near future. API information usually consists of data found in the Machine Readable Zone (MRZ) of passports and other travel documents (full name, date or birth, gender, passport number, country of citizenship, country of passport issuance).

However, some countries require information that cannot be machine-read. IATA’s aim is to ensure that all countries requiring API-type data harmonize their requirements with global standards and guidelines,” IATA stated.

“Virtually all ICAO member States of which Nigeria is one, do pattern their procedures after ICAO Annexes and are encouraged to develop their operational programmes/documents in accordance with their national laws and regulations; hence NCAA Civil Aviation Acts / Regulations in place,” he said.

Obilana explained that the focus and objective of civil aviation facilitation and security is to ensure seamless safe passage and free flow of passenger, their luggage and cargo, through airport facilities following established global procedure.

“The process is expected to adequately have in place uncompromised layers of security coverage in all ramifications. It is an all-time airport process during normal or favourable periods, as well as adverse periods especially during occurrence of flight disruption or delay.

“From airline operational perspective, the process involved in airport facilitation takes cognizance of acceptable International Standards and practices with recourse to the following among others: timely departure and arrival of airlines; fast and efficient Immigration/customs/health protocols: reduction and or elimination of airport congestion; use of technology for the process as much as possible and support; seamless passage for physically challenged passengers, transit passenger, VIP (security) and their luggage and provision of Infrastructural facilities for enhanced processing as well as efficient and safe delivery of passenger(s) luggage,” he said.

Obilana stated that Operational process for seamless airport passage calls for ‘balancing act’ between facilitation and security procedures, adding that one is not to override the other.

“Accordingly, the security regime should also ensure coordination and cooperation between airport agencies and the tasking authority who are statutorily assigned for implementation of the process in all facets. The process of facilitation must also ensure that security layers are not compromised in the process in itself.

“Security layers of airport operations should be strictly enforced particularly now that aviation remains a prime target of perpetrators of unlawful acts. And things must not be taken for granted hence, there must be compliance on screening and other security measures to acceptable international standards,” he stated.

Narrowing the security situation to Nigerian airports, Obilana stated that

The airport agencies are hereby recognized, especially those who provide services in areas of security and facilitation, but there should be scope for improvement.

“The submission herein is not to indict any person or group of persons, rather, it is to factually point out issues creating lacuna in airport facilitation and security process in the country, with a view to addressing them for a positive change. The existing anomalous situation has lingered continuously for decades thereby creating numerous challenges regarding delays, gaps, hindrances and sometimes congestion at Nigeria International Airports. They impede & negatively impact airport facilitation process and security operations,” he said.

He identified some of the challenges to include multiple and unnecessary checks/regulations; as exemplified at the Murtala Muhammed International Airport, Lagos, saying that over 15 of such desks exist on departure and a minimum of five on arrival compared with two or three in the US and other countries for International travelers.

He frowned at analogue operations, which is doing things the old way or outdated way, working at cross-purposes – LEO (Law Enforcement Operatives) causing delay on facilitation, training, which is lacking in many areas (Deployment of personnel without training to the airports, gratifications and untouchable personnel).

Others include passenger data exchange, including poorly streamlined at co-located points (Immigration and State security), corruption and extortion (both on arrival and departure levels) airline bear the brunt of such corruption and others.

So passenger facilitation goes hand in hand with security checks. Passengers on local and international travel are always advised to come to the airport in time because security checks can cause delays and passenger processing cannot do without it.