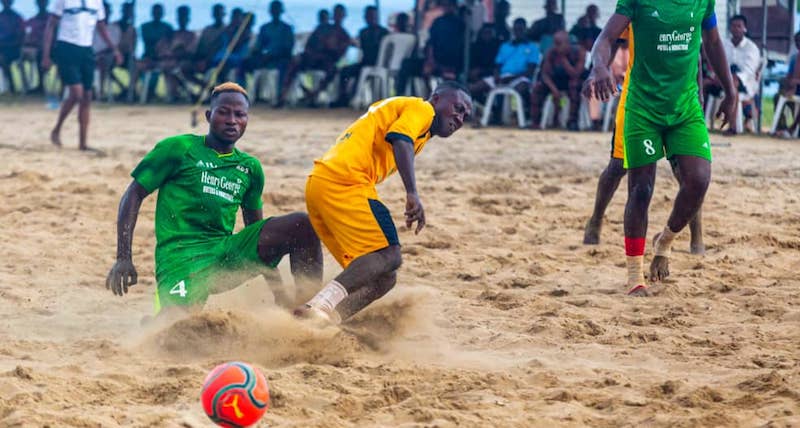 The  finals of 2022 season of the Beach Soccer Tournament is scheduled to kick off today  at the Filin Sukuwa Stadium in Birnin Kebbi, Kebbi State capital.

According to the State Coordinator of the tournament, Mahmud Hadeja, four teams from Lagos, Kaduna and Kebbi would be participating in the three-day soccer event.

He said two games are expected to be played everyday starting from Friday before the final encounter between the Lagos team and defending champion, the Kebbi Fishers on Sunday.

The soccer beach tournament was first held in Ilorin  featuring 10 teams cutting across the country. The round of the tournament was later played in kebbi and later in Lagos in May.

Hadeja said the 2022 season finals was initially billed to hold in Kaduna but was moved to Kebbi due to logistics problems and excessive rainfall.

He commented Kebbi State Government for the support it has been giving to beach soccer since it started in 2015.

He said this has made the state’s team the number one in Nigeria and in Africa.

“The beach soccer league is very important to Nigeria and the only way to grow the game and the players and curb youth restlessness is to support the game”, he said.

During this season’s beach soccer tournament, he said many medium and small businesses have opportunity to thrive at the venue in Birnin Kebbi while appreciating partners like WACOT Rice, MedicAid, Red Cross and African soccer league

FIFA Technical Adviser on Beach Soccer, Sunday Okhai in his speech said the story of beach soccer tournament in Nigeria will not be completed without mentioning Kebbi State, Governor Abubakar Atiku Bagudu and Mahmud Hadeja because of their enomous contributions to it growth, FIFA ranking and height the country has achieved in beach soccer in Africa and world at large .

In his response,the state Permanent Secretary for Ministry of Youth and Sports Development, Alhaji Shaibu Aliero said the Kebbi team  has been defending champion and number one in Nigeria and Africa.

He said it’s the expectations of the state government that the team maintain its position in the tournament.

10 world rated players are expected to feature  in the soccer event. And team with highest point is expected to emerge winner in the beach soccer tournament.