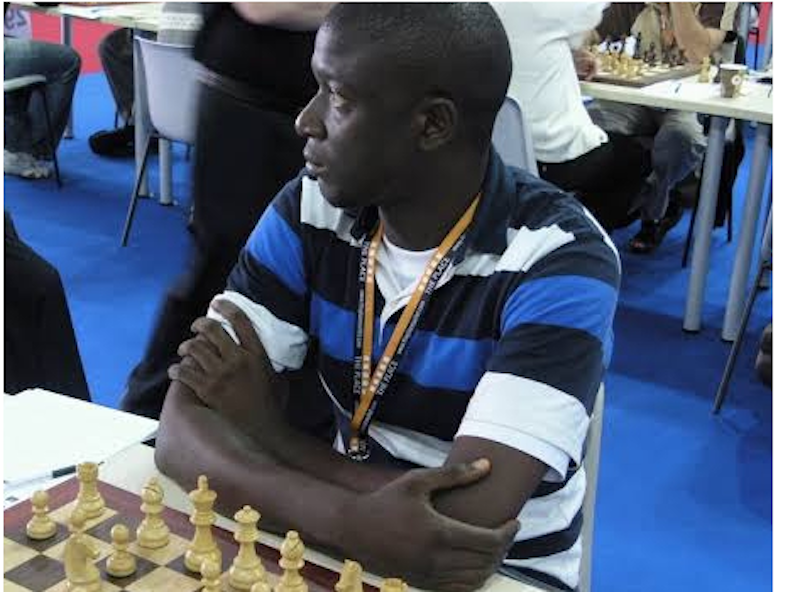 The veteran of several World Chess Olympiad, so far has overcome the trio of International Master (IM) Olape Bunmi, FM Akinseye Abiola, and Olanrewaju Ajibola within the first four rounds.

He was only forced to a draw by the current National Champion, IM Balogun Oluwafemi, during their matchup in the second round.

Adebayo is closely followed by both IM Balogun Oluwafemi and FM Akintoye and  Abdulraheem Abdulrahman, who trail by just half a point. Both players (Oluwafemi and Akintoye) are yet to lose a game in the rounds played thus far in the championship.

The duo of Candidate Master Atabor Job (Wildcard) and Fide Master Kigigha Bomo are yet to register victories at the championship.

Although, Bomo was able to secure a draw in his 4th round battle against Abdulrahman, who confessed (after the game) that Bomo was seemingly winning in the position.

In the female section, the Current National Champion, Ogbiyoyo Perpetual, lost her 4th round battle against Sampson Peace (Wildcard), who shares the lead (3/4 points) within the section.

While the quartet of Enomah Emmanuella, Suleiman Azumi, Woman Candidate Master Aramude Sandra and Ofowino Toritsemuwa, are only behind by half a point, Agbazue Miracle is yet to score a point in the female section of the championship.

In the Under-20 section, which was already in round six of classical Swiss-Round matches, it was Emmanuel Joy Idara who stood out from the pack to win the category of the juniors’ tournament (with 5.5/6 points).

He was closely followed in second place by IM Okeke Isaac, who finished half a point behind Idara at the event.

In the Under-14 category, just like in the U-20 section, there is a clear leader as the ever-impressive Nwankwo Victor Chibuikem was victorious over his rivals.

He won the tournament with a brilliant 5.5/6 points, ahead of the super solid prodigy, Ekunke Goodness. Goodness finished in 2nd place, half a point behind the champion, having lost his round 2 match against the brilliant and efficient girl, Everestus Joy. Both Everestus Joy and Nigeria’s China kid, Li Mo, had to settle for 3rd place with 4.5/6 points.

This category presented a boy that has been super impressive in his category throughout the year 2022. Evbuomwan Henry Oghogho cleared the field, and showed class, as he claimed a perfect 6/6 points in the category. Henry outclassed his mates to claim victory in this category, and he would relish the victory until the next major victory.

The duo of (strong lady) Nwankwo Michelle Chiamaka and Olanrewaju Obaoluwa settled for 2nd place with 5/6 points, after both of them lost to the eventual champion of the category.