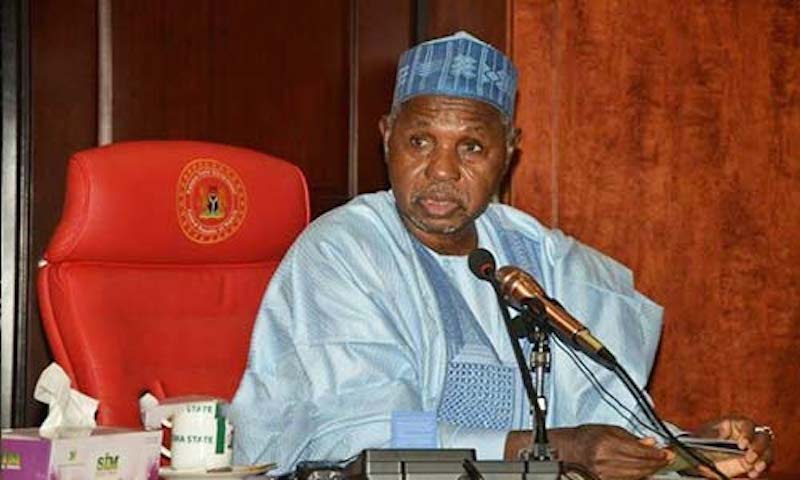 Katsina State Governor, Aminu Masari, has granted clemency to six convicts who were serving terms in jail for various criminal offences they committed in the state.

This was sequel to a report submitted to the governor by the Advisory Council of State on Prerogative of Mercy headed by the state Attorney General and Commissioner for Justice, Asma’u Mukhtar.

Masari, while signing the report last evening at the Government House, said: “In order not to waste time, I will sign this today. If somebody is to be freed today, it is better he is free today than tomorrow.”

The governor directed the Chairman of the committee to liaise with the state Chief Judge, Justice Musa Danladi Abubakar, and his wife, Dr. Hadiza Masari, in order to also free those with minor offences of fines.

Earlier, the Chairman of the Council, Asma’u Mukhtar, said Section 212 of the 1999 Constitution, as amended, gives the governor the power to grant pardon or respite to convicts for offences created by the laws of Katsina State.

The attorney general noted that such powers were exercised on the recommendations of the state Advisory Council on the Prerogative of Mercy.

According to her, “We recommended six convicts for pardon based on various considerations. One of them, for example, is certified to have developed mental illness. So, we recommended pardon for him to enable his family take care of him.

“We also recommended pardon for a 69-year-old who has spent over 24 years in custody and is paralysed. There is another one, a 76-year-old sick man who has spent 25 years in prison.

“There are other two that were sentenced to 24 years and eight months remain for them to conclude their sentence terms. We also recommended remittance of sentence of 11 convicts to various terms-some from death to life, some from 30 years to 25 or 15 years.”

She noted that the council made the recommendations based on health status, age, period of incarceration and gravity of the offences committed by the convicts; rights of the victims vis-a-vis the governor’s power to exercise his prerogative of mercy.