Lawmaker Inaugurates Boreholes, Classrooms, Others for Constituent  37 mins ago 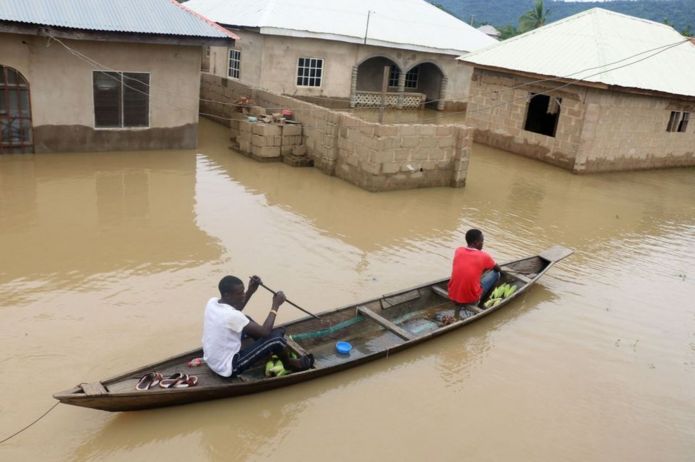 The Hydro Power Producing Areas Development Commission (HYPPADEC), would construct houses in new settlements for those displaced by the ravaging flood in most riverine communities in Niger, Kogi, Kebbi and Kwara States.

A total of 250 units of houses are to be constructed in the first phase of the resettlement scheme designed to protect the communities from the incidents of flood annually.

The Managing Director of HYPPADEC, Mr. Abubakar Yelwa, disclosed this in Minna on Wednesday after receiving “the Prestigious Corporate Award of Leadership Achievers Award of Excellence” from the Zonal Chairman of the Campaign for Democracy Human Rights Advocacy, Dr. Abdullahi Jabi.

Yelwa said that Muregi and Ketso communities would get 100 and 50 units of houses respectively in the first phase of the project while 50 units each would be constructed in Kogi and Kebbi States.

He did not disclose the cost of the projects which would be flagged off soon but explained that “we have done the EIA and we are awaiting the report,” before adding that the projects were meant to encourage settlers to move upland and avert these types of hazards.”

Yelwa described the effect of flooding witnessed this year as unprecedented, saying that “there has been monumental loss by the communities.”

He explained that “so far, we have not received report of any loss of lives as a result of the flooding because we have given notices and enlightenment to the people. So, the flooding has not caught the people unaware but there has left behind loss of properties and farmlands.”

Yelwa said that paucity of funds has constrained the commission “to work out how to use other means of generating income to meet its funding challenges.”

Dr. Abdullahi Jabi, who presented the award to Yelwa, said that the commission has performed creditably within the short period they took off.

Jabi who said that Yelwa “has lived up to the yearnings and aspirations of the people,” adding that the award would encourage him to do more for the people and other stakeholders.

He said that the organisation was impressed by the commission’s empowerment programmes for the youth and women, which he argued would reduce restiveness in the society.