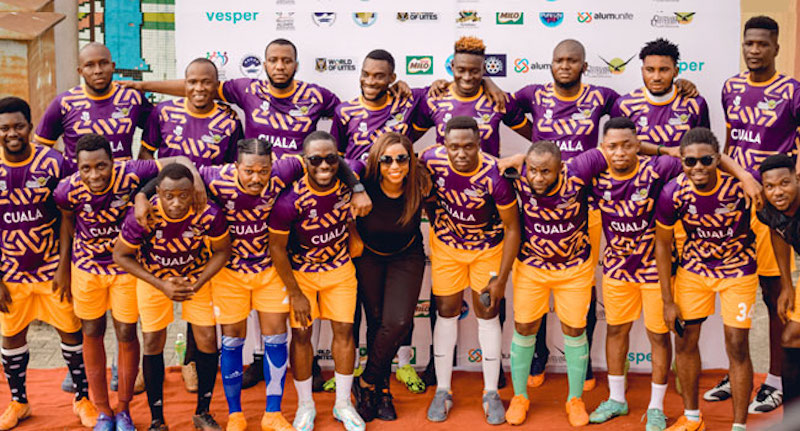 The event which took place at the Campos Mini Stadium, Lagos was organised by the Covenant University Alumni Association (CUALA).

Regulation time ended 1-1 for the match to be determined by shootouts.
Both teams met again in the semis and the result didn’t change. Bells University defeated Covenant University 1– 0 to reach the final.

In the second semi-final match, University of Ibadan beat Redeemers University 3-2 via penalties to book a final place after they played 1-1 at full time.

Bells University took their fine form into the final to beat the University of Ibadan 2-1.
In the third place match, Covenant University defeated Redeemers University 1 – 0 courtesy of another fine goal by Leroy Datuowei.
President of the Covenant University Alumni Association (CUALA), Kemi Onabanjo-Joseph said the novelty match has produced the right mood to celebrate the 20th anniversary of the institution.

“In commemorating the 20th anniversary of our beloved alma mater, Covenant University, we thought it would be important to extend the celebration to the broader society, including other alumni communities.”