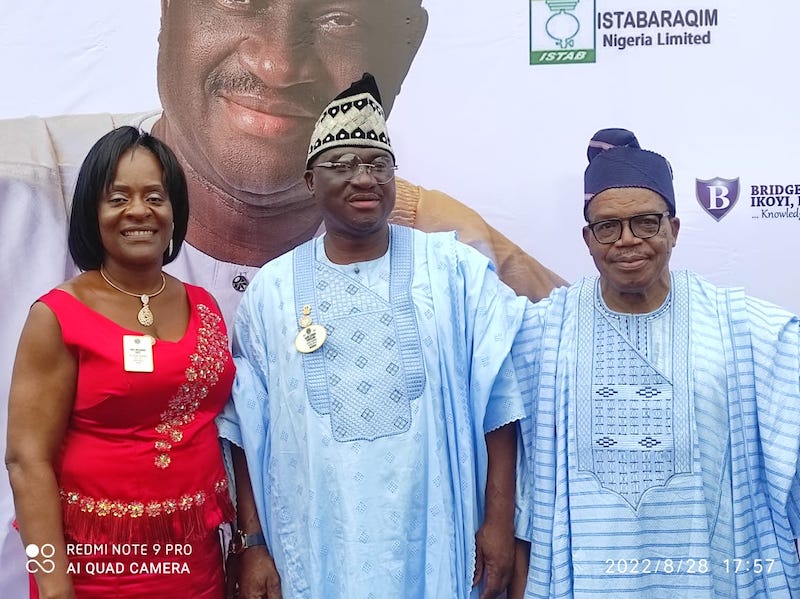 It was a huge celebration as members of the Lions Club converged in Ikeja Lagos for the formal presentation of Lion Aare Lekan Owolabi as the District Governor of Lions Club District 404b2 Nigeria.

Speaking during his official presentation in Lagos, Owolabi described the occasion as wonderful, noting, “It is a day that we all have been looking forward to.”

“At Lions Club, we do what we know to do best, that is on a day like this when the District Governor is being presented to the public and to raise funds for the core project for the lions year, it is an opportunity for members of the public to know who we are as lions and at the same to see what we have done in the past and what we are still currently doing. It is also a time for the lions to raise funds for the district to be able to deliver on its core mandate for the lions’ service years”, Owolabi said.

Owolabi who revealed that his tenure started on July 1st this year when he started carrying out his project, added that his main focus was the redevelopment and expansion of the eye clinic of the Lagos State University Teaching Hospital (LASUTH).

Owolabi who succeeded Lion Kayode Oshinuga, noted that the LASUTH eye centre has become too small for the huge number of patients that visit the place for eye services daily.

He said therefore that the eye center would be renovated with modern equipment worth five hundred million naira.“Our core project is rebranding, reconstructing, and equipping the eye center at Lagos State Teaching Hospital.  While deliberating on the projects to carry out for the year, we feel to make a significant impact on the LASUTH eye center’, he added.

The event was also used to raise funds for the project and many members, club chapters and friends donated to the cause. Owolabi revealed his plans to engage in a membership drive, stating the more members in the organisation, the more funds it will be able to raise and do more for the needy and society.

He praised his successor for taking the club to a higher level, adding that he will consolidate on the structures that are placed to realise the objectives of the club, which is providing service to the people who need them.