For the Record: Buhari’s Independence Day Address to the Nation (Full Speech) 10 hours ago

Buhari: We’ve Made Appreciable Progress But Not Yet at Our Destination 11 hours ago

Be Wary of Sadiq, Man Utd Warned ahead of Sociedad Clash 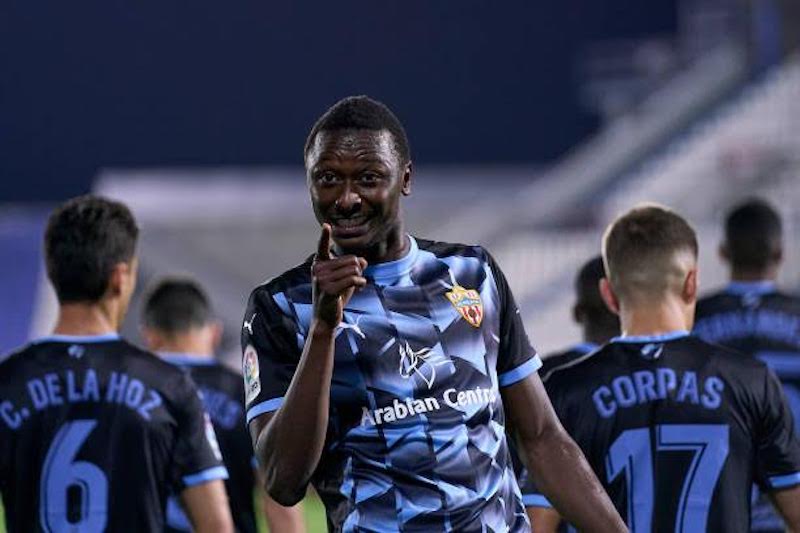 Ahead of Manchester United’s Europa League clash with Real Sociedad today at Old Trafford, the Red Devils have been warned to be wary of Super Eagles forward, Umar Sadiq, as the Nigerian could be a dangerous customer.

Four days after beating Arsenal in the Premier League, the Red Devils are to begin their Europa League campaign with an intriguing clash against La Liga side Real Sociedad at Old Trafford.

The official website of Manchester United contacted Roberto Ramajo, a lifelong fan who covers Real Sociedad for radio network Cadena Ser and newspaper Diario AS, to give them lowdown on Real Sociedad.

Ramajo however warned United players that they have to be wary of Sadiq and seven other Real Sociedad players in tonight’s game.

Asked to name La Real players Manchester United should watch out for, he said: “Everyone, as there are very few weak links within the current squad!

“But if I was forced to highlight a few key players, I’d say Mikel Merino, the goalkeeper Remiro, central defender Le Normand, midfielders Zubimendi and Brais Mendez, Japanese creative player Kubo and recently signed Umar Sadiq… and David Silva, of course, who you know very well in the Premier League,” Ramajo revealed in that expose on Sociedad.

Super Eagles striker, Sadiq became the most expensive player signed by Real Sociedad in their history when he joined them from Almeria on this summer transfer deadline day for 20 million euros.

It took the Nigerian international less than 10 minutes to open his account for his new employers, netting a crucial equaliser in a 1-1 draw vs Atletico Madrid after coming off the bench.