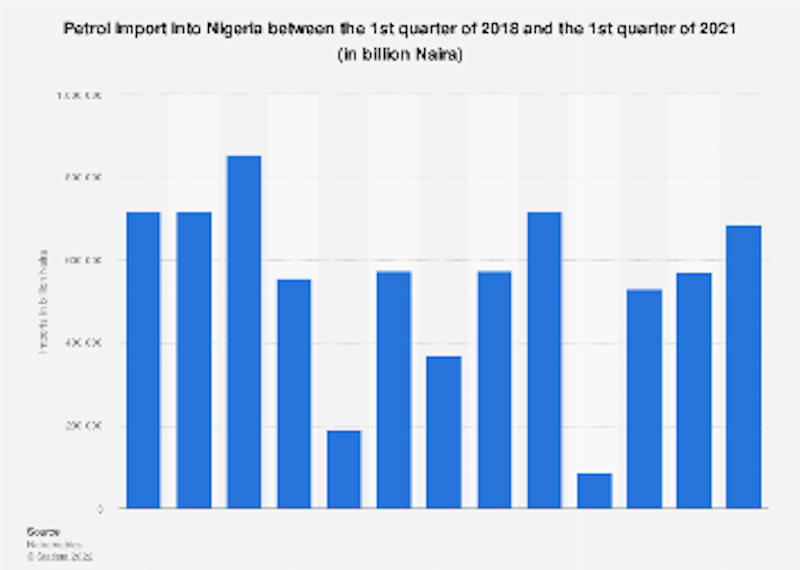 For the first time in a long time, the Nigerian National Petroleum Company appears to be pushing back on insinuations that the petrol importation and subsidy regime which it oversees, is done in a less than transparent manner, writes Emmanuel Addeh.

It did not start with the current management of the Nigerian National Petroleum Company (NNPCL).  Nigeria’s daily petrol consumption data has always been a subject of debate.

Being an importer of last resort, NNPCL, due to the challenges in the downstream sector, since 2017 has been the sole importer of petroleum products into the country.

Although, there have been various government attempts in the past to curb the chaos and bring sanity to the fuel importation and distribution system which was largely in private hands, they were at best fruitless.

Indeed, there was rarely any administration before now that did not institute some kind of investigation into how the petrol subsidy system was administered nationwide. However, with the takeover of the NNPCL as the only importer, due among others, to the scarcity of foreign exchange, the reasoning we that some level of sanity would be returned.

To give a brief background, in 2012, the figures grew astronomically and unexplainably from below 30 million litres per day to almost 60 million litres during the subsidy regime where private fuel marketers were allowed to bring in the product.

While at the time, the number of importers was unwieldy, government found it almost impossible to manage, with various claims by the private importers to the government coffers. But with the takeover by the national oil company, the thinking was that the system would be better managed.

Because it is usually a moving figure, the consumption data varies from month to month, according to the national oil company.

With the importation in the hands of the firm, last year, the Minister of State, Petroleum Chief Timipre Sylva, announced that part of the achievement of his ministry was the reduction of consumption and clarity around how many litres the country actually uses daily.

It is understandable when Nigerians demand openness in the dealings of government officials involved in the administration of the country’s fuel subsidy system.

After all, it may well have become a case of “once bitten twice shy”. Indeed, even the authorities admit that some work needs to be done on the subsidy system in the country, especially on the fact that much of the country’s payments are actually done  for neighbouring countries because of cross border smuggling.

In the past, there had been meetings of NNPCL with stakeholders, including the leadership of the Economic and Financial Crimes Commission (EFCC), Department of State Service (DSS), Nigeria Customs Service (NCS) and chief executives of agencies in the petroleum ministry, to curb this trend.

In the end, many appear to be laying all the blames for Nigeria’s debatable consumption figures on smuggling along the corridors of Nigeria’s neighbouring countries.

He expressed reservations over the figure released by the NNPCL, arguing that the national oil firm could not convincingly justify the huge volume of petrol being consumed in the country daily to warrant the over N6 trillion subsidy.

Speaking during a presentation to the House of Representatives’ Committee on Finance , Ali put the supply figure allegedly quoted by the NNPCL at 98 million litres per day, maintaining that the firm was oversupplying by at least 38 million litres daily. NNPCL has put the figure at 68 million litres.

“I remember that last year we spoke about this. Unfortunately, this year, we are talking about subsidy again. The over N11 trillion we are going to take as debt, more than half of it is going for subsidy. The issue is not about smuggling of petroleum products. I have always argued this with NNPC.

“ Scientifically, you cannot tell me that if I fill my tank today, tomorrow, I will fill the same tank with the same quantity of fuel. If I am operating a fuel station today and I go to Minna depot, lift petrol and take it to Kaduna, I may get to Kaduna in the evening and offload that fuel. There is no way I would have sold off that petrol immediately to warrant another load. So, how did you get to 60 million litre per day? That is my problem,” he pointed out.

In summary, Ali believes that there should be more to the numbers in the public space which need to be properly situated.

But it wasn’t the first time the CG Customs was alleging discrepancies in the consumption figures. In August last year, Ali argued that the establishment of  retail outlets in the corridors of neighbouring countries would help to end the smuggling of petrol across Nigeria’s borders, saying that the price differential was responsible for the smuggling.

“We have made this proposal, we have made noise about it, no one seems to listen,” the CG had said.

But the management of NNPCL appeared to have been responding to the insinuations by the Comptroller General of the NCS, who disputed the country’s daily petrol consumption and subsidy payment when on Sunday it took time to explain how the subsidy system works.

The NNPCL stated that it was prepared for any forensic audit if the need arose, stressing that Nigeria’s estimated daily consumption at current price level remains at 60 million litres, while average daily supply between January to August was 68 million litres.

But although the NNPCL did not mention names in a statement by the Group General Manager, Group Public Affairs Division, Mr Garba Muhammad, in an apparent reaction, noted that if subsidy was removed, a litre of petrol would be selling for N462.

While not disputing that some fuel was smuggled out of the country on a daily basis, the NNPCL explained that about N297 is currently being paid as subsidy on a litre of the product.

“The combination of these cost elements translates to retail pump price of N462/litre and an average subsidy of N297/litre and an annual estimate of N6.5 trillion on the assumption of 60 million litres daily PMS supply. This will continuously be adjusted by market and demand realities,” the company stated.

It pledged to continue to ensure compliance with existing governance framework that requires participation of relevant government agencies in all petrol discharge operations.

It added: “NNPC Ltd recognises the impact of maritime and cross border smuggling of PMS on the overall supply framework. NNPC also acknowledges the possibilities of other criminal activities in the PMS supply and distribution value chain.

“As a responsible business entity, NNPC will continue to engage and work with relevant agencies of the government to curtail smuggling of PMS and contain any other criminal activities.

“We will continue to deliver on our mandate to ensure energy security for our country with integrity and transparency. We invite any forensic audit of the PMS supply and subsidy management framework of the NNPC.”

According to the national oil company, while from January and August 2022, the total volume of petrol imported into the country was 16.46 billion litres, this translated to an average supply of 68 million litres per day.

“Similarly, import in the year 2021 was 22.35 billion litres, which translated to an average supply of 61 million litres per day.

“The NNPC Ltd notes the average daily evacuation (depot truck out) from January to August 2022 stands at 67 million litres per day as reported by the Nigerian Midstream and Downstream Petroleum Regulatory Authority (NMDPRA),” it stressed.

It stated that daily evacuation (depot load outs) records of the NMDPRA carry daily oscillation ranging from as low as 4 million litres to as high as 100 million litres per day.

It pointed out that rising crude oil prices and fuel supply costs above the NMDPRA cap had forced oil marketing companies’ withdrawal from its import since the fourth quarter of 2017.

“In the light of these challenges, NNPC has remained the supplier of last resort and continues to transparently report the monthly PMS cost under-recoveries to the relevant authorities,” it maintained.

The corporation noted that when the current scarcity of foreign exchange which had negatively affected the downstream petroleum industry is resolved by the federal government, private corporate players would have the opportunity of bringing in the product.

As it is, Nigeria ships in 100 per cent of petroleum consumed in the country, since the three crude oil refineries situated in Warri, Port Harcourt and Kaduna are presently non-functional due mainly to prolonged lack of maintenance and old age.

The NNPC currently applies the Direct Sale-Direct Purchase arrangement (DSDP), a type of swap whereby a certain amount of crude is exchanged in return for the equivalent amount of refined petroleum products.

With full liberalisation of the downstream sector still pending, only the NNPC through its subsidiary, the Petroleum Products Marketing Company (PPMC) still brings in petrol and associated products. This is mainly because private businesses, mostly major oil marketers still do not have access to dollars needed for such transactions.

Speaking during a downstream stakeholders’ meeting, which held at the NNPC Towers, Abuja, the Group Managing Director of the corporation, Mallam Mele Kyari, as he then was, had argued that it was not in the best interest of the national oil company to be the sole importer of fuel.

He said that concrete steps were being taken by the federal government to address the main concerns of marketers, especially the issue of availability of forex.

At the time, he stressed that the Central Bank of Nigeria (CBN) had already taken the first step of merging all forex windows to have a unified exchange rate, as part of the solutions to the problem.

“It is really not in our interest to be the sole importer of PMS (petrol) in the country. We have taken definite steps to exit the situation.