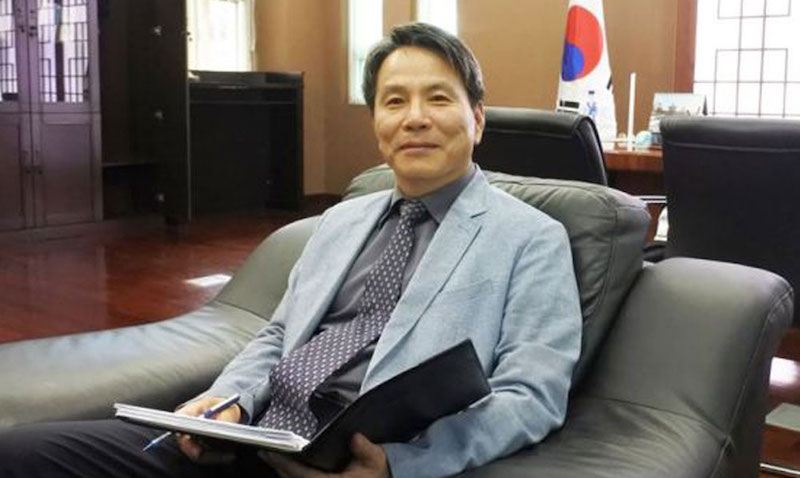 Olawale Ajimotokan in Abuja
South Korea has said that its trade with Nigeria in the first half of the year grew by 20 per cent in comparison to that of 2021.
The Ambassador of Republic of Korea to Nigeria, Kim Young-chae, disclosed this in Abuja when the embassy hosted the visiting President of Korea-Africa Foundation (KAF), Lyeo Woon-Ki.

The economic transaction between both countries in 2019 was $3 billion.
The envoy, however, regretted that Nigeria has since last year lost its status to South Africa as Korea’s largest trade partner among African countries.
Lyeo was making his first visit to Nigeria since his appointment in March 2021 as President of KAF to promote economic ties with African countries.

He had a meeting with the National President of Nigeria Association of Chambers of Commerce, Industry, Mines and Agriculture (NACCIMA) John Chinyelu Udeagbala and other members of the Chamber on deepening of economic ties between with Nigeria.

He expressed hope that the business relationship with Nigeria will be interesting as Nigeria would be the economic engine in the future.
“But still the public perception about Nigeria is not positive. So the Korean business and Korean people are very much hesitant to come to Nigeria and to open some business in Nigeria. So we are trying to let them know the right way about Nigeria,” he said.