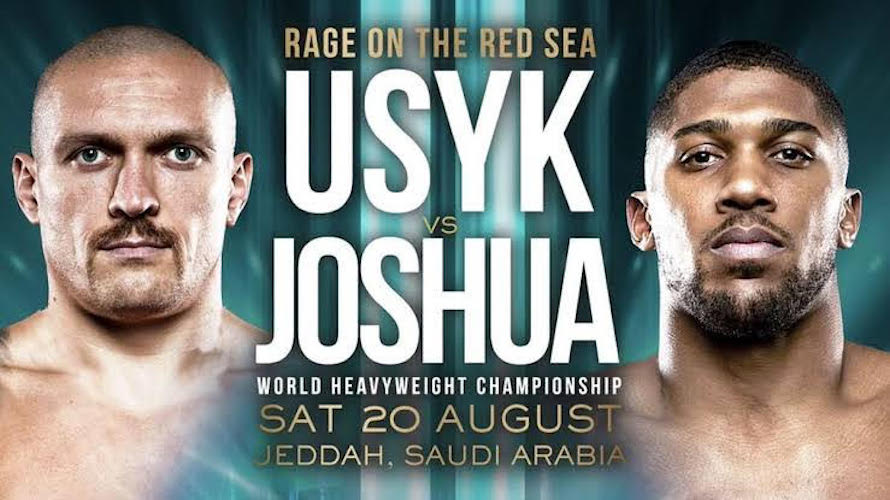 Eleven months after losing his world heavyweight crown to Oleksandr Usyk, Anthony Joshua will be determine to reclaim his title this time around on Saturday in Saudi Arabia.

Both boxers met on September 15, 2021 with the Ukrainian putting on a masterclass act  in front of 65,000 fans inside Tottenham Hotspur Stadium, outclassing Joshua over 12 rounds, and hurting the defending champion on numerous occasions.

Joshua perhaps will be aiming not just for a revenge but also to redeem his image in what is expected to be an explosive encounter.

After losing out last time, Joshua, 32, wants to celebrate the 10th anniversary of winning London Olympic gold by reclaiming his place back at the top table of the heavyweight class.

However, Joshua’s promoter Eddie Hearn told UK’s The Sun that his client is ‘baffled’ by the tactics used last year, and hinted at a change of gameplan for the rematch.

He said: “I was talking to him the other night and I think finally it’s baffled him why he fought like that.

“For a long time, he still felt even when he lost that he could still beat Usyk like that. But why when you don’t need to fight like that?

“He could fight in your old style and have a much better chance of beating him. Klitschko-style but Usyk is a tremendous fighter, a great counterpuncher.”

Hearn added that AJ “needs to be a lot more aggressive” this time.

In the same vein, Anthony Joshua has promised to bring back the aggression into his boxing when he faces off against Oleksandr Usyk in their title rematch on Saturday.

Interestingly, Joshua will be making a return to Saudi Arabia, the scene of his redemption fight against Andy Ruiz at the back end of 2019.

While that fight took place in Diriyah, Saturday’s showdown is 588 miles to the West at the King Abdullah Sports City in Jeddah, the fight itself taking place at the Jeddah Super Dome.

On the other hand, a potential con for Usyk is his weight for the rematch. From images which have recently been circulating, he looks bulkier than in the first fight, an advantage when it comes to power but leaving him potentially heading into the unknown at a career-high weight. That said, Usyk is smart enough to know what works for him, and the benefits outweigh the drawbacks even if he is heavier than 11 months ago.