Immigration Officers Trained on Mental Health in Rivers 24 mins ago

FG: Implementation of 65yrs Retirement Age for Teachers Has Commenced  1 hour ago 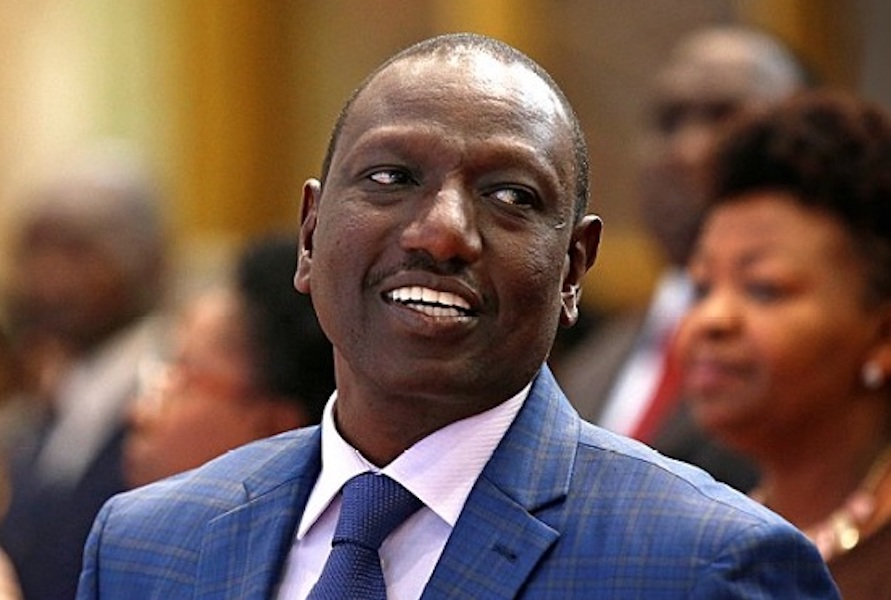 Kenya’s electoral commission yesterday declared the deputy president, William Ruto, winner of the country’s presidential election. Ruto polled 50.49 per cent of the total votes cast (7,176,141) to defeat his closest rival, ex-Prime Minister Raila Odinga, who got 48.85 per cent (6,942,930), in a tight race watched by diplomats and other international observers.

President Muhammadu Buhari yesterday congratulated the Kenyan president-elect on his victory in the August 9 election.

However, some senior election officials disowned the poll result, fuelling fears of violence, like that seen after previous disputed polls, Reuters reported.

But hailing the electoral commission members as “heroes”, Ruto said, “There is no looking back. We are looking to the future. We need all hands on deck to move forward.”

The 55-year-old had made Kenya’s class divisions the centrepiece of his campaign to become the country’s fifth president, promising to reward low-income “hustlers” and pouring scorn on Kenya’s political dynasties.

That was a barely veiled jab at his opponent, Odinga, and President Uhuru Kenyatta, son of the nation’s first vice president and president, respectively.

Ruto, who headed the Kenya Kwanza (Kenya First) Alliance, had appeared to be leading long-time opposition leader, Odinga, as Kenyans awaited final results of the election held nearly a week ago.

Minutes before the chairman of the electoral commission, Wafula Chebukati, announced that Ruto had won the vote, his deputy, Juliana Cherera, told the media at a separate location that she and three other commissioners disowned the results.

“We are not able to take ownership of the results that will be announced, because of the opaque nature of this last phase of the general election,” Cherera said.

The electoral commission has seven commissioners.

Diplomats and international observers were whisked out of the tallying hall before Chebukati spoke, as scuffles broke out.

Before announcing Ruto as the winner, Chebukati said two commissioners and the electoral commission’s Chief Executive had been injured and were being treated.

The winning candidate must get 50 per cent of votes plus one. About 14 million Kenyans voted, with voter turn-out about 65 per cent as against 78 per cent in 2017.

Odinga did not attend the announcement of the results.

Amid fears that vote-rigging allegations could lead to bloody scenes, like those that followed presidential polls in 2007 and 2017, Cherera urged the parties to pursue any disputes through the courts.

The electoral commission had introduced many checks and balances to try to prevent disputes like those that led to violence in which more than 1,200 people were killed following the 2007 election.

In 2017, more than 100 people were killed after the Supreme Court quashed the initial result over irregularities in the electoral process.

Kenya’s dollar-denominated government bonds fell by as much as 2.9 cents on the dollar, Tradeweb data showed.

The next president would have to confront an economic and social crisis in East Africa’s most advanced economy, where poor Kenyans already reeling from the impact of COVID-19 have been hit by global rises in food and fuel prices.

The worst drought for 40 years had devastated the country’s north, leaving 4.1 million people dependent on food aid, while its debt levels have soared.

Kenyatta, who has served his two-term limit as president, fell out with Ruto after the last election and this time endorsed Odinga, making his fifth stab at the presidency.

In Kisumu, an Odinga stronghold in the west of the country, the reaction was immediate. Several black plumes of smoke rose around a roundabout as people burned piles of tires.

Amid shouts of “We need Raila now!” “Chebukati must go!” and “No Raila, no peace!”, motorcycle drivers honked their horns and people blew into vuvuzelas and whistles.

In his acceptance speech, Ruto promised to run an open and democratic government. He said there were no losers, but the people of Kenya were the winners.

He commended Odinga and pledged to build on the achievements of outgoing President Kenyatta.

Meanwhile, Buhari, in a statement issued yesterday by his media adviser, Femi Adesina, commended the people of Kenya for the peaceful and transparent outcome of the election. The president stated that the election once again demonstrated that the democratic process, values and principles remained the best way for the people to select their leaders and hold them accountable.

According to him, Nigeria values Kenya as a strategic partner in the fight against terrorism and violent extremism. He said partnership Kenya was buoyed by a long history of friendship, economic and trade ties, and effective collaboration through international organisations, such as African Union, United Nations, and the Commonwealth.

While wishing the deputy president, Ruto, a successful inauguration and tenure in office, Buhari said he looked forward to more fruitful and robust engagements between the two countries on shared priorities, such as enhancing peace and security on the continent, democracy, and greater economic prosperity and social development.

The Nigerian president also hailed President Uhuru Kenyatta for his statesmanship and exemplary leadership to the people of Kenya in the past nine years. He commended the profound legacies of the Kenyatta administration on infrastructure, education, healthcare reforms, and tourism as well as strong influence and support on regional security.