2023: Tinubu Absent as Atiku, Obi, Kwankwaso, Others Sign Peace Accord 9 hours ago

Buhari to Judges: Be Impartial Arbiters in Election Matters 10 hours ago

Atiku Flags Off Campaign, Says We Have a Duty to Arrest the Drift 1 day ago 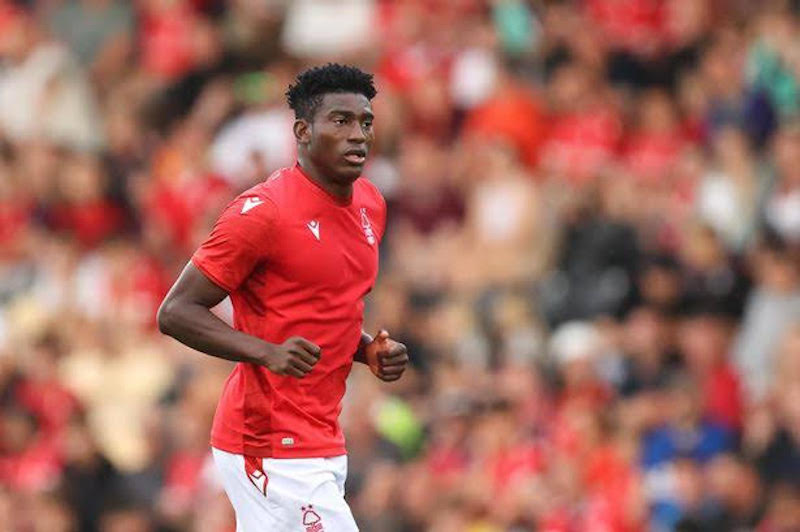 Super Eagles duo of Taiwo Awoniyi and Joe Aribo are delighted scoring in their respective first games for Nottingham Forest and Southampton at the weekend.

Awoniyi’s first goal for Nottingham Forest ensured that the club’s  return to the Premier League first time in 23 years ended in glory.

The 25-year-old bundled in from close range in first-half stoppage time against West Ham United to set his side on the way to a 1-0 victory on Sunday.

Awoniyi spent six years as a Liverpool player without making a single first-team appearance, before moving to Union Berlin in 2021 and then on to Forest for £17m in June.

“I’m really happy with the goal because it took me a long journey to get back to the Premier League,” he told BBC Match of the Day 2.

“That’s why I’m very, very proud of myself, and of course I am grateful to God about it.”

Awoniyi scored 20 goals in 43 games across all competitions last season for Union before returning to England when Forest paid what was then a club record fee for his services.

His goal at the City Ground, on his first start for the club, will not rank among the finest of his career, but the Super Eagles forward sees the bigger picture for Forest.

“The most important thing for me is just for the team to win,” he added.

“We must say a very big thank you to the fans, because from the beginning of the game till the end, they were all behind us and it’s what kept the team going to the last whistle.

“We just have to keep on going on. I believe at the end of the day we’ll have a great season.”

Forest lost their Premier League opener to Newcastle and have since broken their transfer record to another Nigerian international Emmanuel Dennis from Watford for £20million.

They also brought in Senegal midfielder Cheikhou Kouyate on a free transfer.

Meanwhile, Awoniyi’s compatriot Aribo came off the bench to also open his Premier League account as Southampton bounced back from two goals down to salvage a battling point in their 2-2 draw against Leeds.

After a lacklustre hour, and trailing 2-0 at home, under-fire manager Ralph Hasenhuttl introduced the Nigerian midfielder off the bench – and it took him 10 minutes to score for the Saints on Saturday.

The new arrival from Rangers received a pass from Adam Armstrong, rolled the ball out of the goalkeeper’s reach before smashing it through the retreating Leeds defenders on the line to reduce arrears for the hosts.

Kyle Walker-Peters fired an 81st-minute equaliser from an acute angle as the Saints ended a run of five consecutive Premier League defeats.

“I’m buzzing I was able to leave my impact on the game, help the team get back, show some spirit and a fight,” Aribo told BBC Radio.

“I thought I had messed it up. But luckily I just shifted it onto my right and shot it. I’m surprised I scored my first Premier League goal with my right foot.”

The Saints had appeared to lack a cutting edge as the stands began to empty at a sun-drenched St Mary’s before Aribo’s introduction.

But the 26-year-old admitted the team showed a great fighting spirit to snatch a point – and prevented a record-equalling sixth league defeat in a row.

“I think the fans helped us a lot. They stayed behind us, even though it got to 2-0 and it’s really important to have that,” he added.

“I think we showed a lot of fire and a lot of character out there, it’s really important to have that spirit and togetherness in a team.”