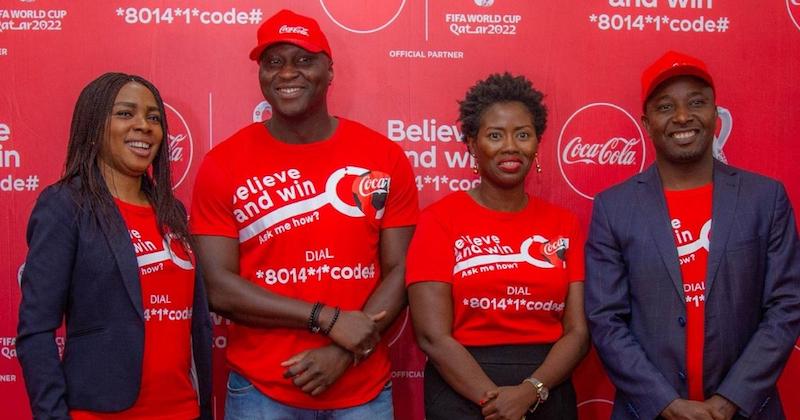 The promo packs reward worth over N400 million, an all-expense paid trip for five lucky winners to watch the world cup in Qatar.

She informed that five lucky winners would be selected from each region – Lagos, West, East, Central, and North regions at national draws.

“To participate in the promo, consumers are required to purchase any of the Coca-Cola products with a white cap and look under the crown for the unique code. On finding a code, consumers are expected to dial a designated code, using their mobile devices at no cost to them.

“With the promo set to end on October 31st, 2022, football lovers are encouraged to enjoy the refreshing taste of these Coca-Cola beverages and enter the promotion for free”, she said.

Adeniba explained that all the white crowns would have unique codes underneath them as all participating entries would be entered into the draw for the grand prize, based on terms and conditions.

“The promotion is about bringing people together, refreshing our communities, and being there for our consumers at all times”, she added.

On her part, Director, Learning & Project, NECA, Mrs. Celine Oni, described women as constituting about 50 percent of Nigeria’s workforce, adding that they were indispensable in the achievements of corporate goals, enterprise viability and economic sustainability.

She stressed that employees that benefit from the policy demonstrates better state of mental, emotional and physical well-being, to the advantage an organisation.

She called on member-companies to work on the utilisation of tool kit that was unveiled at the programme.