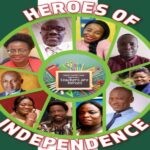 The North-East Development Commission (NEDC) has commenced one week training for 30 participants from the six states that made up the North-east geo-political zone in continuation of its efforts of creating employment opportunities for the teeming youths in the zone.

The one week training is for artisans and scavengers in the North-east on fabrication of efficient stoves and briquette production from agricultural and domestic waste in line with the climate change and climatic condition of the environment.

The training is being conducted by a team of consultants from the African Xpediant Global Vision Limited and Clean-Climate Limited is holding at the Conference Hall, in Bauchi.

While declaring the training open yesterday, the Head, Environment and Natural Resources of the NEDC, Mr. Adamu M. Lawan, explained that the commission embarked on the training in order to take a number of youths out of the street by providing them with sources of self-employment.

Lawan said that “since the inception of the commission as you know our main mandate is to see to the development of the North-east, and, part of the development is job creation and we have seen that there are so many graduates in the street without jobs.

“Because there are no more white collar jobs available any more in the country, we started thinking outside the box on what can we do. This training you are seeing is a waste to wealth program. We are trying to teach them how to fabricate energy efficient stoves which are environmentally friendly and acceptable all over the world.

“The model of these stoves was initially adopted in India. The trainer here was at Kenya and he emerged one of the best in West Africa for fabrication of these stoves. So, we feel that this is a very good idea and became expedient for us in the NEDC to train our people in the North-east so that they will be producing it and sell in order to earn a decent living. That was the concept that prompted us to organize this training.”

Lawan further said that “most of the stoves we are using emit carbonmonoxide, which is dangerous to health but this kind of stove has been tested, the briquettes they are going to use will be sourced from the solid waste and agricultural waste. So, they are going to be treated to becoming the charcoal that will be used. This is environmentally friendly. That is why I said that it is not going to be negatively impacted on the environment.”

He called on the participants to take the training seriously and pay attention to the presentation so that they would come out better and ready for self-employment.

He added: “We want them to be serious and learn the process and take it as an opportunity because it is a rare one given to just a few of them that were selected. We selected only five from each state in the North-east as you can see because at the end, we are going to give them starter packs to empower them.

“From here if they do very well, we can now replicate, maybe before the end of the year 2022, we will do with more participants from the six states.”

The participants were drawn from Adamawa, Bauchi, Borno, Gombe, Taraba and Yobe States.

Some of the participants expressed their happiness for being selected to participate in the training, which they said would make a positive turnaround in their lives as they would soon become self-employed and later employers of others.